While the White House Press Corps pretends that pie is a big issue, the Trump economy continues to boom.

Under President Trump, consumer confidence has hit a 17-year high, while unemployment has hit a 16-year low.

No surprise then that Americans spent nearly $3 billion online on Thanksgiving and a record $5 billion online on Black Friday, which was a whopping 17 percent increase over last year.  Cyber Monday’s total is expected to surpass that.

But please, Lame Stream Media. Continue to blat out your FAKE NEWS cuz, frankly my dears, we no longer give a damn.

Comments Off on Keeping Promises

I rewatched one of my favorite movies, “Babe”, recently and got the song stuck in my head. Often when that happens, I make up prayer lyrics. I figure if a tune is going to play itself in my head over and over, I might as well glorify God with it. 🙂

God has the words to make a day for you;
He sings each morning golden and true.
He made you to live always;
To dance with Him through eternal days.

In case you were wondering why conservatives celebrate Thanksgiving, while liberals denigrate it …

Comments Off on Conservativism Begins with Gratitude

White House Press Secretary Sarah Huckabee Sanders shared a maybe too good to be true photo of a pecan pie she says she made for Thanksgiving.  Internet conspiracy theorists jumped in saying it was a stock photo of a pie.

White House correspondent April Ryan egged on the sweet debate calling on Sanders to show her cooking and people eating the said pie.  In the end, Sanders never offered definitive proof of an actual pie, but she offered something rather sweet to get the press pool off her back.

WHY DOES APRIL RYAN STILL HAVE A PRESS CREDENTIAL?

‘OF COURSE I MADE THE PIE’: Sarah Huckabee Sanders Speaks to Todd Starnes About April Ryan #PieGate Accusations

Ryan went so far as to demand Sanders bake her a pie to prove herself but said she would not eat it, accusing Sanders of wanting to poison White House reporters.

Sanders’ father, former Arkansas Governor Mike Huckabee, spoke out about #PieGate earlier Saturday, using his trademark political humor: “Did @PressSec really bake the pie? YES! But Robert Mueller has subpoenaed the pie and @WhiteHouse counsel and @realDonaldTrump are expected to be interrogated as will members of @SarahHuckabee family.”

Joy Reid on ‘#PieGate’: ‘When You Spend Every Day Lying to the Press,’ People Don’t Believe You

JUST FOR THE RECORD, APRIL RYAN DIDN’T COOK THANKSGIVING DINNER… SHE HAD IT CATERED. 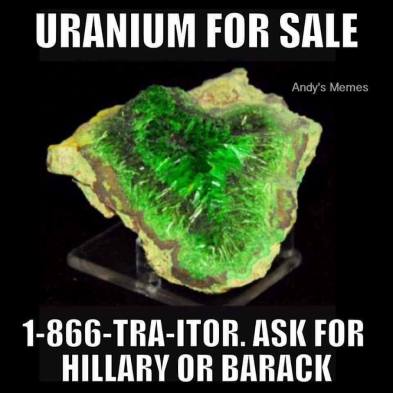 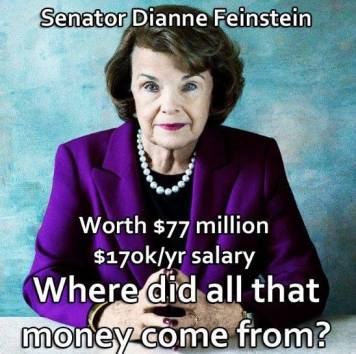 Stand for the anthem.

This is an excellent video well worth your time.

Comments Off on Stand for freedom?

See Which Turkey Made It Into Bowl This Week

The girls were really on a roll with this Bowl of Stupid episode! And ITA with their assessment.

At some point, exactly when is unknown as far as I can tell, the slime merchants who infest Washington, D.C., who laughingly refer to themselves as “representatives of the people” knew to concoct something called an Office of Compliance, funded with taxpayer dollars to pay off the victims that they pinch, paw and fondle on a regular basis. The numbers that have been made public say that 256 victims have been paid over $16 million to date.

These victims have little choice except to take the money and sign the standard ‘confidentiality agreement.’ If they report the molester, they get exposed, the big shot goes to trial (maybe) and gets no punishment. Meanwhile, the victim resigns/gets fired and is left with nothing and no future. The ones with the power hold all the cards. They know it, which is why they act with such blatant disregard for the laws they write to make everyone else follow.

If the Weinstein case had come up in January of 2016, Donald Trump may never have been elected president. Considering the ferocity the leftists/media/DC elite are assaulting Roy Moore, how many phony “victims” could they have created to smear Trump? That’s all you would have heard about. Media whores are experts at putting pressure on republicans, regardless of how obviously unfounded the accusations may be. The abuse by the powerful of those they prey upon has been happening for a very long time and will certainly continue unabated, if unreported. As the old saying goes: power corrupts and absolute power corrupts absolutely.

The Party of Women: Dem Rep Says Sexual Misconduct Allegations Against Conyers ‘Could Be Made Up’
Republicans and Democrats are in the crosshairs. Liberal media figures have also fallen. Yet, the Left is still engaging in the Bill Clinton protocol, circling the wagons and trying to downplay the accusations. Right now, Sen. Al Franken (D-MN) has four women, two of which wish to remain anonymous, alleging that he groped them.

The other Democrat in the news is Rep. John Conyers (D-MI), who has had sexual misconduct allegations lobbed against him, with financial settlements providing a paper trail of possible bad behavior.

HE PAID OFF ONE VICTIM WITH $27,000 FROM HIS BUDGET ALLOWANCE, SO BASICALLY IT CAME OUT OF YOUR POCKET, NOT HIS.

“You can’t jump to conclusions with these types of things,” Clyburn said, despite the documented complaints. “For all I know, all of this could be made up.”

Wait—isn’t the rule that all women should be believed no matter what? Is Clyburn suggesting that some due process should be involved in these cases? Isn’t this part of the “war on women”?

That was the actual “reportage” of New York Times reporter Glenn Thrush last year, in an article referring to the online sexual exploits of former congressman Anthony Weiner.

It appears, in retrospect, that Thrush might well have been describing himself.

Democratic Minnesota Sen. Al Franken’s latest excuse for the groping allegations against him is that he is a “warm person” who likes to “hug people.”

Some women have found my greetings or embraces for a hug or photo inappropriate, and I respect their feelings about that. I’ve thought a lot in recent days about how that could happen, and recognize that I need to be much more careful and sensitive in these situations.”

TRANSLATION: ‘I’M NOT GOING ANYWHERE SO YOU CAN ALL GO F**K YOURSELVES.’ 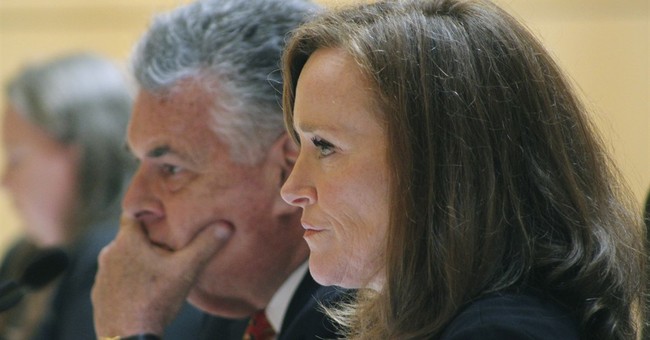 “No offense,” she told her colleagues, but their efforts are not going to result in any real accountability.

THE FACTS ARE DEMOCRATS HAVE NO MORALS, NEVER CLAIMED TO HAVE. FOR THE MOST PART THEIR VOTERS ONLY CARE ABOUT KEEPING THE FREE STUFF FLOWING. CIVILIZED BEHAVIOR IS NOT REQUIRED NOR EXPECTED.

[CtH: I don’t EVER want to hear another word about the Roman Catholic Church’s sex abuse issue.  The RCC instituted zero tolerance rules in every parish.  (Mama Buzz had to have a background check done on her before she could ASSIST in a Sunday School class room.)  AND they have OUTSIDE auditors ensuring that every part of the American Catholic Church is in compliance.] 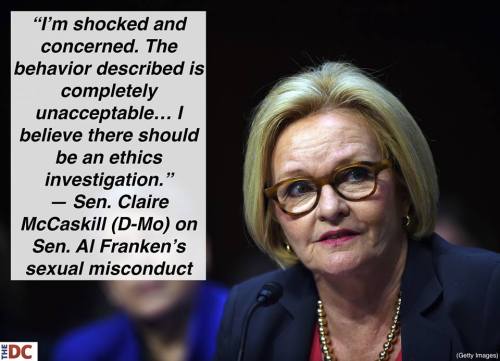 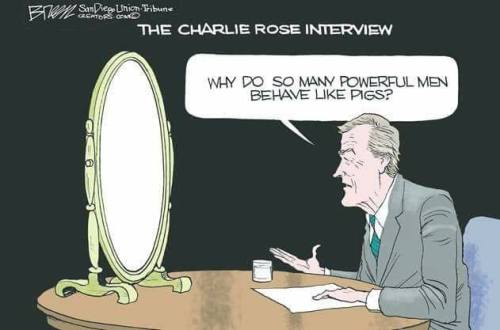 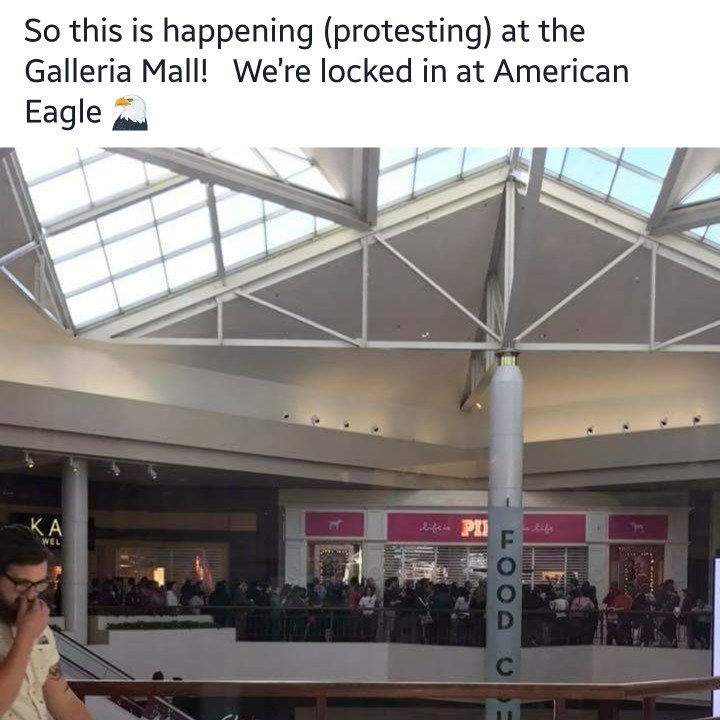 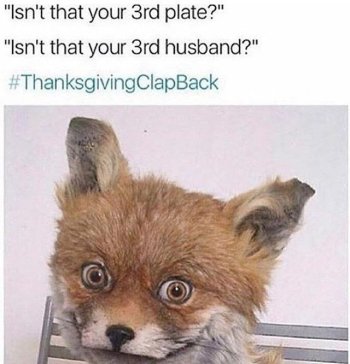 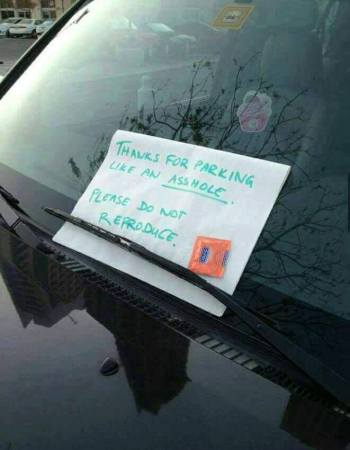 U.S.—New documents recently uncovered by Smithsonian historians confirmed that the group of pilgrims and Indians who gathered for the first Thanksgiving argued vehemently about politics throughout the course of the meal.

The newly discovered journal seems to indicate that just after giving thanks for the meal, one Pilgrim from England drank too much mead and began to rant about “making the colonies great again,” kicking off several hours of hostile glances, passive-aggressive remarks, and flat-out argumentation.

“Apparently, Uncle Charles was asked to eat at the kids’ table after a tirade about how real patriots need to support King James I, and several Wampanoag Indians and younger Puritans alike wouldn’t stop talking about their participation in a string of violent protests throughout the colonies,” Dr. Gary Etherton, a Smithsonian researcher said Tuesday. “They called themselves ‘the Resistance’ for some reason.”

Arguments centered around “common sense musket control” raged as one Pilgrim mother complained about the large quantity of wheellock muskets left lying around without observing proper gun safety rules, while at the other end of the table, a fistfight broke out over a Ten Commandment display in front of the Plymouth General Court.

At publishing time, historians had also confirmed that the bickering over politics ceased briefly for a pick-up American football game on an adjacent lawn.