‘What Do I Have to Be Thankful For?’ Asks Man Whose Heart Is Beating

LYNNWOOD, WA—Sources confirmed Thursday that local freethinker Jared Olson called into question the “absurd” idea that he had anything to be thankful for, all while his heart continued to beat regularly as it has done since before his birth, pumping blood through his body in a complex, life-sustaining process well beyond his mind’s capability of understanding in its entirety.

“I really don’t understand what all I’m supposed to be thankful for,” a slightly drunken Olson opined, addressing whichever members of his extended family were within earshot, as the membrane across his larynx vibrated to modulate the flow of air from his lungs, making his speech audible to the people listening, whose intricate ear structures then instantly transformed the invisible sound waves into abstract thought in their brain’s nervous tissue.

Olson went on to pursue the line of reasoning even further, noting that he was passed up for a job promotion that he was “really expecting,” in the same year his dog died. According to eyewitnesses, he spoke these words as the surface his feet rested on continued to spin around the earth’s core without any input from him, all while the only known habitable planet on which he stood rocketed around the center of the galaxy in perfect formation at the unfathomable rate of 490,000 miles per hour.

At one point during his monologue, Olson reportedly glanced around the room to notice several members of his healthy, caring family staring at him, his eyes’ hundreds of millions of cone and rod cells responding to stimuli in an unimaginably sophisticated procedure that he never has to think about. As these elaborate structures continued to capture and process an unbelievable volume of input per second, Olson reported he was all the more confident from the looks of those around him that he had made his case.

“Thanksgiving? Pssh—thanks for nothing,” Olson remarked, before somberly digging into a meal the likes of which the vast majority of the world’s population could only dream of eating.

Atheist Prepares to Offer Heartfelt Thanks to Random, Uncaring Universe on Thanksgiving

Tagged as Thanksgiving, The Babylon Bee

Wishing everyone a wonderful Thanksgiving. 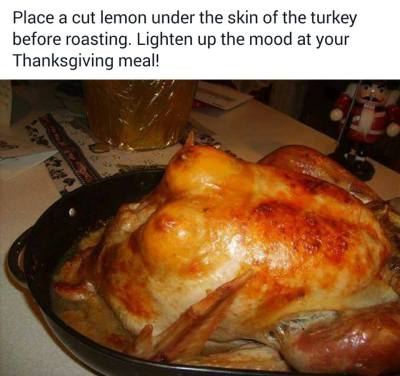