To Show Gratitude One Must First Have a Conscience

“The basketball players, by the way — I know a lot of people are asking — I will tell you, when I heard about it two days ago, I had a great conversation with President Xi. What they did was unfortunate. You know, you’re talking about very long prison sentences. They do not play games,” Trump said aboard Air Force One Tuesday. “He was terrific, and they’re working on it right now. And hopefully everything is going to work out. And I know they’re very grateful because they were told exactly what happened.”

When the players landed in Los Angeles International Airport Tuesday night they did not make any comments even when asked if they have a message for President Trump.

[CtH: Best to not hold your breath, Mr. President.]

ESPN HAS ANNOUNCED THERE WILL BE DEEP CUTS IN THEIR PERSONNEL AT THE END OF THE YEAR. UNFORTUNATELY, I DOUBT THIS VILE RACIST WILL SUFFER THE SAME FATE THAT WHITE CONSERVATIVES DO ON THIS GARBAGE NETWORK.

LiAngelo Ball, Cody Riley and Jalen Hill were released Tuesday morning after they’d been arrested for allegedly stealing from a Louis Vuitton store. Trump personally asked Chinese President Xi Jinping to get involved, and less than 24 hours later the players were set free.

Hill didn’t have much to say, which is really surprising because she once claimed Trump was a white supremacist.

Instead of offering any credit at all, she simply responded, “Not really. 1) I’m off today 2) reporting facts isn’t stressful,” to a tweet saying she was in for a stressful day after the players were released.

UCLA coach Steve Alford made the announcement after three players acknowledged during a news conference that they shoplifted during the Nov. 6 incident.

“They will have to earn their way back,’’ Alford said.

“I would like to start off to say sorry for stealing from stores in China,’’ Ball said, reading from a statement. “I didn’t exercise my best judgment, and I’m sorry for that.’’

FROM NOW ON HE’LL STICK TO STEALING FROM L.A. STORES WHERE HE WON’T BE ARRESTED BECAUSE OF WHO HE IS.

Ball and the two other players thanked, among others, President Trump and the U.S. government for helping secure their release. The Chinese government dropped the criminal charge

“These are good young men who have exercised an inexcusable lapse of judgment,’’ Alford said. “Now they have to live with it.’’

Their suspension could range from a game or two to the entire season.

That won’t happen. UCLA is a big school with a national audience. That’s why these kids go there.

The NCAA has a policy called “one and done,” which means they have to waste a year in college, ostensibly to “get an education,” when in reality it’s just a year of being coddled because of their skill at playing a game until they enter the NBA draft where 19 year olds become millionaires overnight. They’ve been scouted by colleges from the 5th grade on. They get passes from all their classes and nearly all of them read at a 5th grade level. As long as they can sign the check it makes little difference.
They thanked Trump because they were told to. Their only regret about the crimes they committed is being caught.

Most of you missed the show when it went live yesterday because you have jobs and lives and stuff. I didn’t catch it all since I have severe sleep apnea and doze off frequently. I did, however, attempt to put a reasonable summation of the various acts that took the stage. It was more of a tragicomedy, with the democrats performing their normal roles as rude, classless assclowns.

Sessions pushed back on calls for Clinton special counsel.  It would take “a factual basis that meets the standard of a special counsel” for the Justice Department to make such an appointment, he said during a heated exchange with Rep. Jim Jordan (R-Ohio) at a Tuesday House Judiciary Committee meeting.

JIM JORDAN WAS INCREDULOUS THAT SESSIONS WOULD WHINE ABOUT NOT HAVING ENOUGH EVIDENCE IN THE URANIUM ONE DEAL TO WARRANT A SPECIAL COUNSEL WHEN ONE WAS APPOINTED TO PERFORM A RUSSIAN DOSSIER WITCH HUNT WITH NO PROOF.

Sessions: ‘Looks Like’ Is Not Enough Basis to Appoint a Special Counsel

In a fiery exchange on Tuesday, Rep. Jim Jordan (R-Ohio) asked Attorney General Jeff Sessions, “What’s it going to take to actually get a special counsel” to investigate the Trump dossier, the unmasking of American citizens, and James Comey’s exoneration of Hillary Clinton, among other concerns.

“It would take a factual basis that meets the standards of the appointment of a special counsel,” Sessions said.

Under Attorney General Sessions the Department of Justice has ignored any criminal behavior by Hillary Clinton or the Obama administration while launching a Special Counsel to investigate Donald Trump and Russia — a complete Democrat Party hoax.

RUSH HAS ALWAYS MAINTAINED THAT LIBERALS ARE ONLY DANGEROUS WHEN THEY’RE IN POWER. WHEN THEY’RE NOT, THEY’RE JUST FUNNY. THE QUESTIONING AND THE FEIGNED ACTS OF HIGH DUDGEON BY THE DEMOCRATS YESTERDAY WERE SOMETHING TO WATCH.

During a House Judiciary Hearing with Sessions, Jackson Lee asked the AG if he stood by his previous testimony in front of the Senate Intelligence Committee. The Democratic lawmaker’s awkwardly phrased and roundabout question required Sessions to ask her to repeat it several times.

When Sessions was finally able to answer the question, Jackson Lee angrily cut him off again and refused to let him answer.

THE FOSSILIZED TURD FROM MICHIGAN PROVES HE CAN READ

Sessions testified at an open hearing in front of the House Judiciary Committee on Tuesday, and Conyers decided to base his first line of questioning on the following Trump tweets.

EVEN THE DEMOCRAT ATTACK CHIHUAHUA GETS IN THE ACT.

As you may remember, Rep. Gutierrez is the congressman who called Chief of Staff John Kelly–a retired four-star Marine Corps. General and Gold Star father–a “disgrace to the uniform.”

Gutierrez smugly tried to play “gotcha” with Sessions, but the Attorney General brushed off the Democrat’s attempts to get in a favorable sound clip.

Senate Will Include Obamacare Mandate Repeal in Tax Bill

GOP will add more tax cuts for the middle class with money raised from eliminating the mandate. 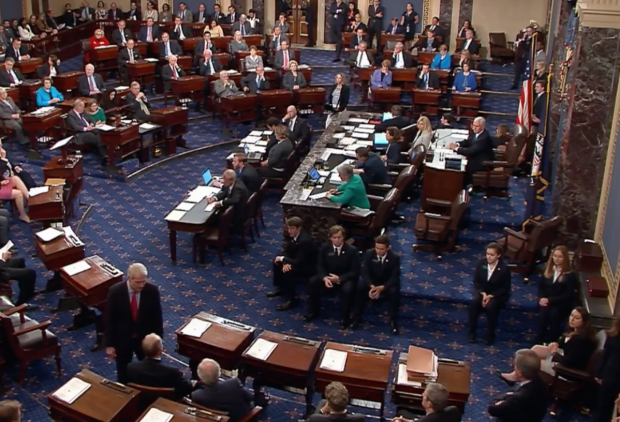 THEY COULD HAVE REPEALED THE MANDATE BEFORE, BUT TIME GROWS SHORT AND WITH 2018 LOOMING, THEY NEEDED SOMETHING TO SHOW THE FOLKS BACK HOME.

“We’re optimistic that inserting the individual mandate repeal would be helpful and that’s obviously the view of the Senate Finance Committee Republicans as well,” McConnell said.

It will raise an estimated $300 billion to $400 billion over the next year that could be used to pay for lowering individual and business tax rates even further.

Sen. John Thune (R-SD), the #3 Republican in the Senate, claims that “there has been a whip count and he is confident Republicans can pass a tax bill that includes a measure to repeal the mandate.”

If this is true, that means the other senators who have voted against Obamacare repeal attempts have agreed to vote for the tax bill with the mandate repeal: John McCain (R-AZ), Lisa Murkowski (R-AK), and Susan Collins (R-ME).

OF COURSE, THERE’S NO PLEASING EVERYBODY.

“AIR CLAIRE” HAS ENJOYED A 6 YEAR FREE RIDE THANKS TO TODD AKIN IN 2012. HER TIME MAY BE RUNNING SHORT.

The allegation that the merger approval process had been subject to political influence is particularly ironic because it was only five months ago that several Democratic senators penned a letter to Sessions urging the Justice Department to block the merger.

The litany of things he couldn’t remember or couldn’t discuss seemed calculated to frustrate rather than enlighten. The fact that he thought non-answers to big questions would be good enough reflects how poorly he fits his job.

His faulty judgment has become a calling card, which is why I’ve argued that appointing Sessions was Trump’s biggest personnel mistake; yesterday’s performance did nothing to change my view.

The baseless and tasteless accusation came in the second of three questions to Jeffries, who was one such member of Congress who participated in the questioning.

The Hardball host then pulled the pin and lobbed the proverbial grenade into the interview: “Did you notice anything sort of ethnic about his attitude in answering your questions, something that rattled him, he seemed disturbed that it was you asking the questions? Did you sense anything there?”

Jeffries replied “not necessarily” and pivoted back to the content of what Sessions told him.

TED LIEU IS A FETID PILE OF RANCID HOG INTESTINES 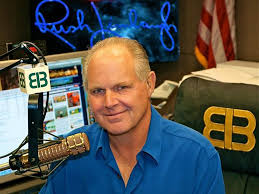 “Whether Judge Moore did the deed or deeds or not, what’s really happening here folks, if you really want to know – it’s a multi-faceted search-and-destroy mission here,” Limbaugh said. “But what’s really driving this – do not doubt me about this. But what’s really driving this is Mitch McConnell saying to Steve Bannon, ‘Really? You think you’re going to get your guys elected? You think you are going to get your guys elected and me kicked out of here? Really? Seriously? OK, watch this.’”

I STILL SAY McCONNELL WILL NEVER SEAT HIM.

“I’d like to save the seat, and it’s a heck of a dilemma when you’ve got a completely unacceptable candidate bearing the label of your party within a month of the election,” he added. 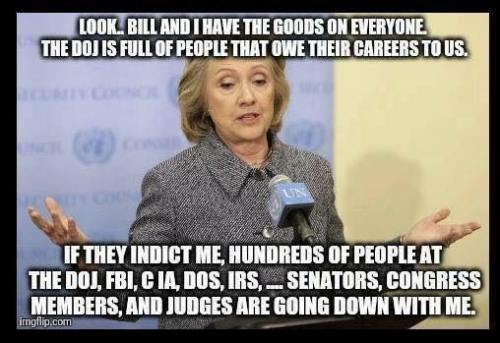 Another Actress Accuses Kirk Cameron of Treating Her with Respect

As a seemingly endless wave of sexual misconduct and abuse allegations continue to rock Tinseltown, the actress reported numerous instances when Cameron, who is vocal about his Christian faith, showed her the utmost respect, never once approaching anything even resembling an explicit or implied request for sexual favors in exchange for career advancement.

“I never felt threatened, and I always felt safe and respected around him,” the actress told reporters. “Something about it felt really strange.”

“It was a bit odd, but I quickly got used to it,” she added.

At publishing time, additional actresses had come forward to identify Cameron, along with several openly Christian filmmakers, as men who treated them like fellow humans with inherent value, and not as sexual objects to be exploited. Multiple witnesses confirmed the allegations.