Journalists Retell Their Election Night Horror Stories
‘People were throwing up. People were on the floor crying’

“Crooked Media” podcast host and former senior political correspondent for MTV News Ana Marie Cox recalled how some of her friends worried about their future.
“A Muslim colleague of mine called his mother. She was worried he was going to be the victim of violence at any moment,” Cox said. “A colleague who is gay and married was on the phone with her wife saying, ‘They’re not going to take this damn ring away from me.'”
Editor of the New Yorker David Remnick discussed his sudden revelation that journalists need to “put pressure on power,” once Trump was elected. 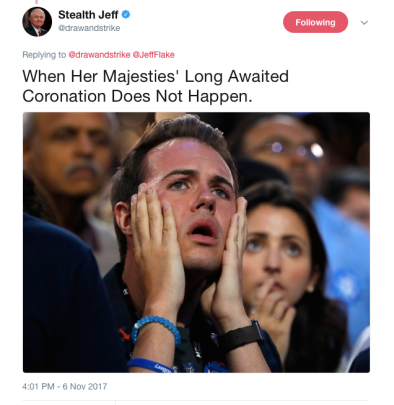 Trump’s Koigate Is Fake News Spun by Shameless White House Press Corps
An otherwise uneventful photo op with Japanese Prime Minister Shinzo Abe has been falsely spun by the White House press corps as a massive diplomatic blunder.
During the photo op, Trump and Abe were feeding koi in a pond below the balcony with spoons.
After several spoonfuls, PM Abe dumps his box of fish food into the pond. Trump follows in kind.

FROM HUFFPO
Watch as Donald Trump totally gives up on feeding fish in Japan
https://pjmedia.com/trending/trumps-koigate-fake-news-spun-shameless-white-house-press-corps/ 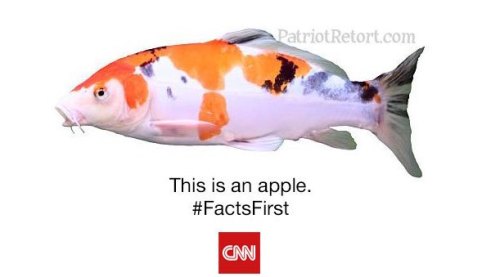 What was Fox thinking agreeing to run his ad in the first place, let alone running it during “Fox & Friends,” POTUS’s favorite show? Steyer must have paid them a small fortune to make it worth their while, knowing how Trump himself and Fox’s extremely pro-Trump audience would react.
https://hotair.com/archives/2017/11/06/fox-news-yanks-tom-steyer-ad-calling-trumps-impeachment/

Menendez could remain in Senate even if he’s convicted
Republicans would likely try to expel the New Jersey lawmaker, but Democrats are expected to delay. 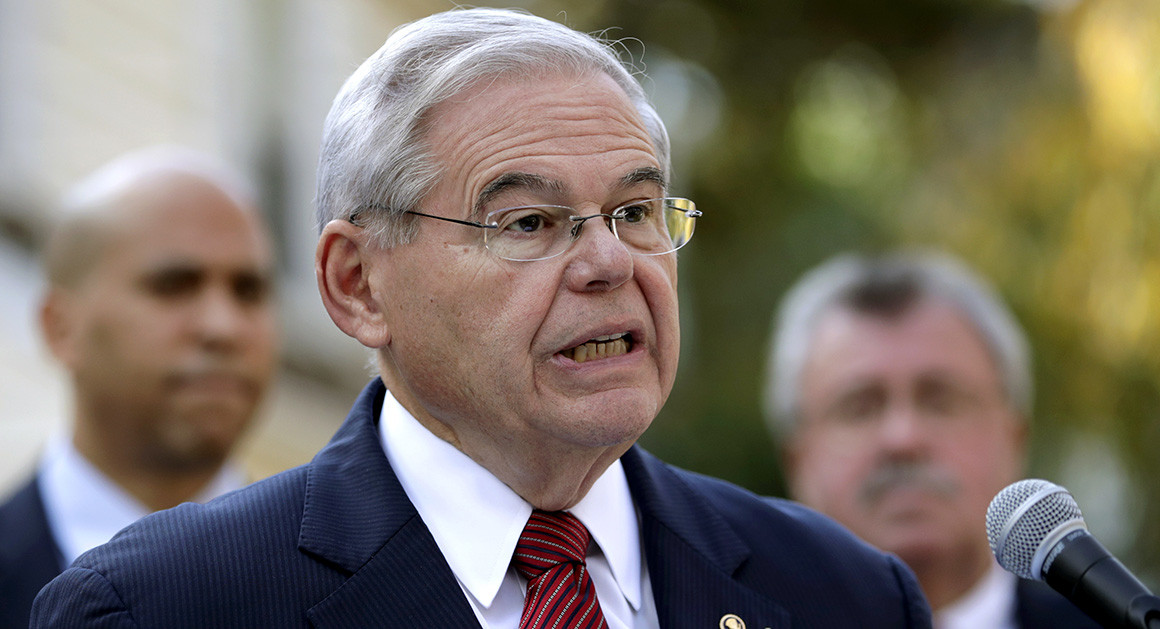 But expelling Menendez — even if he is convicted of a felony — might not be that easy.
Republicans need a two-thirds majority in the Senate to agree to expel a member, which means they would need Democratic votes. With partisan tensions so high — Democrats are still bitter that Republicans denied President Barack Obama’s Supreme Court nominee Merrick Garland the seat last year, among a host of other issues — they are in no mood to cooperate with the GOP majority.
https://www.politico.com/story/2017/11/06/robert-menendez-trial-senate-jury-244581

My colleagues right now are doing a moment of silence in the House of Representatives chambers. I respect their right to do that, and I myself have participated in many of them.
But I can’t do this again. I’ve been to too many moments of silences [sic]. In just my short career in Congress, three of the worst mass shootings in U.S. history have occurred. I will not be silent.
http://www.breitbart.com/california/2017/11/07/democrat-ted-lieu-walks-moment-silence-texas-victims/

The heroes of Sutherland Springs

IF YOU READ ONLY ONE ARTICLE, MAKE IT THIS ONE
Any gun-control measure that is sweeping enough to make a dent in the country’s gun stock and render gun ownership difficult enough to, at the margins, keep firearms out of the hands of psychopaths will inevitably affect law-abiding people as well. In places like rural Texas that would rightly be considered a serious imposition.
Without a gun, if something goes wrong, the only option is sitting and waiting for the authorities to show up.
And the likes of Stephen Willeford and Johnnie Langendorff, obviously, aren’t the waiting kind.
http://nypost.com/2017/11/06/the-heroes-of-sutherland-springs/

Kellyanne Conway Turns the Tables on CNN’s Brian Stelter
CNN has unfortunately, as Conway correctly notes, recast itself from a network that at least pretended not to be liberal – which introduced an element of balance into its coverage – to one that is clearly over on the left with MSNBC.
So, faced immediately with a predictably hostile line of questioning, Conway fought back and made CNN the issue instead of President Trump.

The obligatory “If you ask for a ‘lawyer dog,’ are you invoking your right to counsel?” post
BE CAREFUL WHAT YOU ASK FOR 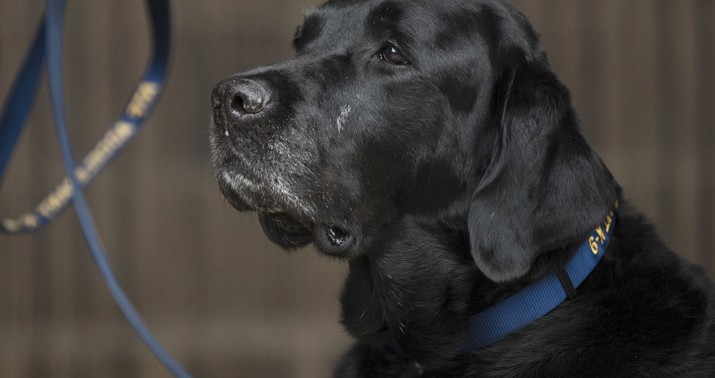 A few days old but no less shocking with the passage of time.
“This is how I feel, if y’all think I did it, I know that I didn’t do it so why don’t you just give me a lawyer dog ’cause this is not what’s up.” The punctuation, arguably critical to Demesme’s use of the sobriquet “dog,” was provided by the Orleans Parish District Attorney’s office in a brief, and then adopted by Louisiana Associate Supreme Court Justice Scott J. Crichton.
The charges: Aggravated rape and indecent behavior with a juvenile. That’s heavy stuff, not the sort of defendant whom a judge is eager to let walk away on a technicality. What happened here, I think, is that the court went looking for a reason to ignore Demesme’s request for an attorney, fearing that he was a very dangerous offender, and seized on that conditional “if y’all think I did it” to claim that he never unambiguously asked for one 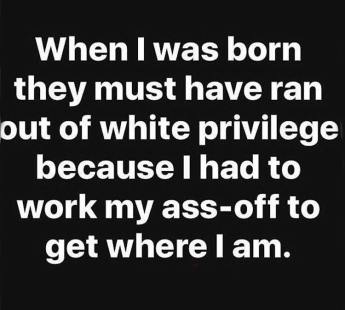 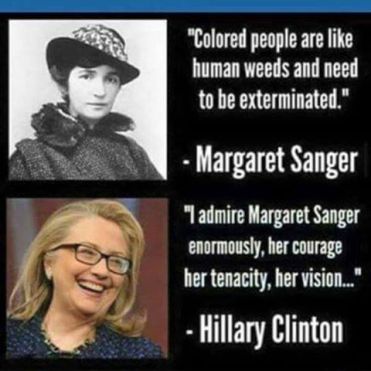 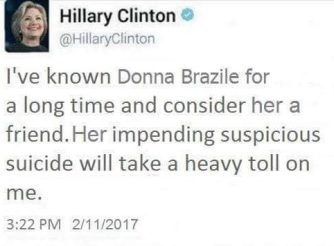 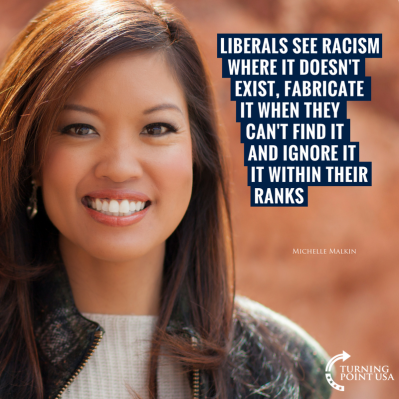 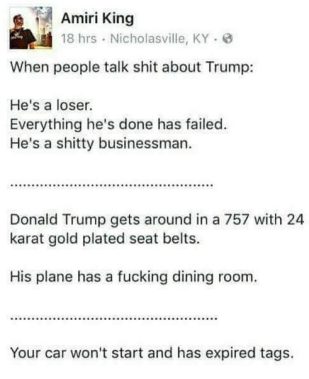