My apologies.  An alert reader pointed out the ULine box in the photo.  The signs were attached to cardboard tubes.

Comments Off on Antifa – UPDATED! (My bad!)

This post will likely meander from here to there, occasionally making sense, but most of the time not. In other words, the usual babble.

In December 2015 Saudi Prince Alwaleed bin Talal slammed Donald Trump for proposing a ban on Muslim immigrants in the US until the government could alleviate security concerns.

Saudi Arabia has been a particularly generous benefactor to the Clinton Foundation, giving at least $10 million since 2001, according to foundation disclosures. At least $1 million more was donated by Friends of Saudi Arabia, co-founded by a Saudi Prince.

On Sunday Prince Alaweed was arrested in a corruption sweep.

“Paul told troopers that his neighbor came onto his property and tackled him from behind, forcing him to the ground and causing pain.” 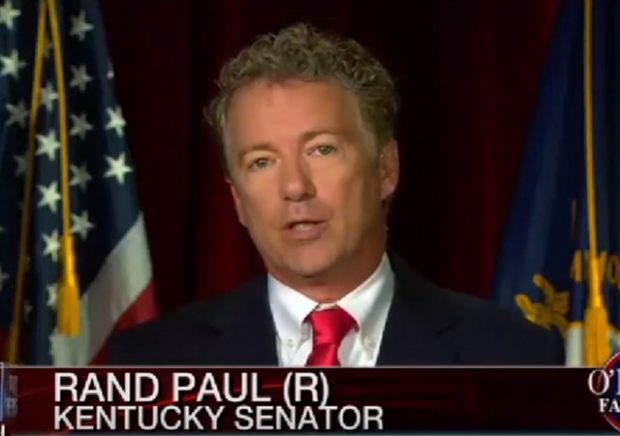 THE SENATOR WAS ASSAULTED WHILE MOWING HIS LAWN. CAN YOU IMAGINE ANY DEMOCRAT ACTUALLY DOING YARD WORK? MOST OF THEM HAVE ILLEGALS DOING THEIR LANDSCAPING.

“Senator Paul was blindsided and the victim of an assault. The assailant was arrested and it is now a matter for the police,” says Kelsey Cooper, State Communications Director for Office of U.S. Senator Rand Paul (R-KY).

Alabama Fan Puts Cigarette In Face Of Cop, Gets Dragged Out

One Alabama fan decided to try and press her luck Saturday night at Bryant-Denny stadium by enjoying a smoke break from her seat when a police officer asked her to put it out.

Sarcastically, she puts the cigarette up to the officer’s face, almost as if she was offering him a drag.

The officer was not amused, as he brought out the handcuffs immediately.

SHE WAS TAKEN DOWN HARD. LUCKILY SHE’S WHITE — OTHERWISE THE OFFICERS WOULD BE FORCED TO UNDERGO SENSITIVITY TRAINING.

U.S. President Donald Trump greeted Japanese Emperor Akihito and Empress Michiko on Monday with a genteel handshake and nod, but no bow, avoiding the pitfall of U.S. President Barack Obama who was criticized at home for his deep bow to the monarch.
Hillary Clinton shook hands and air-kissed the empress on both cheeks, then took her hand as they entered the palace when she met the royal pair as secretary of state in 2011, a month or so after the triple disasters of an earthquake, tsunami and nuclear meltdown hit northeastern Japan in March of that year.

Much of the base wants to go “full Bernie,” and embrace free college and national health insurance. Yet this ignores the fact that Bernie Sanders did so well in the primaries mainly because Clinton was the same horrible candidate she’s always been.

This wing of the party thinks President Barack Obama was too centrist. Hmm: Is that why the party lost 14 governorships plus nine Senate and 60-plus House seats on his watch?

Democrats believe they have leverage to demand an immigration deal going into the end-of-year negotiations because GOP leadership will likely need their votes to keep the government open.

They are signaling, despite the decision from the president, that they will keep DACA in the December talks until Republicans show they can pass a spending bill on their own.
“Unless Republicans can keep the government open without Democratic votes, this is not their decision to make. I have yet to see any evidence that they will be able to do that,” said Rep. Joseph Crowley (D-N.Y.), the chairman of the House Democratic Caucus.

MEANWHILE BOWE BERGDAHL IS HAVING A BEER AT THE BOWLING ALLEY.

Former Rep. Anthony Weiner, D-N.Y., will begin his 21 month prison sentence on Monday after being found guilty of sexting a 15-year-old girl.  Weiner, 53, was sentenced in September after court papers showed that he repeatedly encouraged an underage girl to undress and fondle herself over Skype, The Daily News reported.

Nancy Pelosi Asked About DNC Rigging Primary For Hillary: “I’m Not Interested In What Went On Within The DNC”

Paul Ryan: We Will Not Interfere With Russia Investigation

Democrats Drive Toward the Cliff and Hit the Gas

We’ve long called the GOP “The Stupid Party,” and it certainly deserves the nickname, but what’s the right family-friendly adjective for the Democrat Party? “The Moronic Party?” “The Mind-Bogglingly Nuts Party?” What moniker best reflects a party you dare not trust with power? These people are to governing as Kevin Spacey is to babysitting.

SPOILER ALERT: TOMORROW IS THE VIRGINIA GUBERNATORIAL CONTEST. I HAVE SOME THINGS CACHED TO POST ABOUT IT.

And they seriously wonder why we hate them.

I Didn’t Plan to Do This

Since it’s the 800 pound gorilla in the room I guess I have to do this, although there’s plenty of other things to talk about.
Sutherland Springs, Texas: small, rural town where people regularly gather to worship God and fellowship together. A slimy, belly-crawling reptile named Devin Patrick Kelley decided to shoot up the church his ex-wife’s family attended. He was in the military from 2010-2014 before he was court martialed for two violations of the UCMJ for domestic battery on his wife and child.

He killed 26 people and wounded 20, including the pastor’s 14 year old daughter. WHO IN THE NAME OF HEAVEN KILLS KIDS??

‘Hero’ neighbor got his rifle, shot at Texas church gunman
Johnnie Langendorf was credited with chasing this puke down

“I pulled up to the intersection where the shooting happened and I saw two men exchanging gunfire, the other being a citizen of the community,” he said. “The shooter of the church had taken off, fled in his vehicle, and the other gentleman came and he said, ‘We need to pursue him,’ that he just shot up the church. So that’s what I did. I just acted.”
Langendorff said he hadn’t seen the concerned neighbor before, but knew he was from the area.
http://nypost.com/2017/11/05/hero-neighbor-got-his-rifle-shot-at-texas-church-gunman/

Stephen Willeford managed to shoot Devin Kelley before jumping in another man’s truck and chasing him down, the Daily Mail reported.
An area resident told the paper that Willeford, an avid biker who attends another church, learned about the shooting when his daughter called to say a man clad in body armor was shooting worshipers.
The local said that although Willeford has no military background, he didn’t hesitate when he came face to face with the suspect — and managed to squeeze off a round that struck the gunman, who had dropped his Ruger AR-15 variant.

AS PREDICTABLE AS SUNSHINE AFTER A RAINFALL ,THE LEFT SPRANG INTO ACTION, BLAMING GUNS AND CELEBRATING THE DEATHS OF WHITE CHRISTIANS
Chelsea Handler Blames ‘Republicans’ for Texas Church Shooting

“Nobody is trying to take away your guns,” she added. “If you want to go shoot, you know, whatever, in the woods, that’s fine, but it’s a hobby. If your hobby is [affecting] innocent people being killed all the time, children included, don’t you think you should reconsider the lack of restrictions placed on your hobby?”
http://www.breitbart.com/big-hollywood/2017/11/05/chelsea-handler-blames-republicans-texas-church-shooting/

“We grieve with all the families in Sutherland Springs harmed by this act of hatred, and we’ll stand with the survivors as they recover,” Obama wrote on Twitter. “May God also grant all of us the wisdom to ask what concrete steps we can take to reduce the violence and weaponry in our midst.”
Obama, who has taken an unusually active role during his successor’s administration, offered no specific details on what those steps to reduce the guns “in our midst” would look like.
http://dailycaller.com/2017/11/05/obama-uses-texas-church-massacre-to-call-for-fewer-guns/

COMPARE AND CONTRAST HIS COMMENTS WITH THE PRESIDENT
Trump Says Church Shooting Is Mental Health Problem, Not Gun Problem
Trump confronted news of the worst church shooting in American history Monday in a televised address from Tokyo with Japanese Prime Minister Shinzo Abe, in which he called the shooting an “act of evil,” offered his administration’s full support to the people of Texas, and called the shooting a mental health issue, according to the Associated Press. While Democratic senators almost immediately began calling for gun control in the wake of the attack, Trump claimed that the real issue the derangement of the shooter, not guns.

The mind is numb, the soul aches, we’re not perfect but we try to make sense of the senseless.

It’s horrifying that 26 were killed and about 20 more wounded in a mass shooting at a Texas Baptist church. What makes it seem even worse to me is that this town is TINY, about 400 residents. Back in 1996, we suffered the brutal butchering of two teen girls by a neighbor who had a wife and small son. The girls went to our church; my girls were in youth group with them. Our whole community was devastated and the fallout for that group of teens was felt years later as some continued to suffer and succumb to alcoholism and suicide. Our village has about 3,500 souls. I truly cannot imagine the impact this far bigger trauma will have on this far smaller community. My heart is breaking for them.