How the Mighty Have Fallen

They were the most feared power couple since Antony and Cleopatra. They ran roughshod over the democrat party and made a mockery of the rule of law. Bill Clinton was the most accomplished liar of his time and his partner spent her time committing fraud and outright theft, and made sure none of her husband’s sexual assault victims dared to breathe a word of what he did to them. From the day he left office in January of 2001 it was assumed Hillary would be given the reins of power after George W. Bush.

Then the dupes in the enslaved press fell madly, blindly, passionately in love with a Chicago street hustler who attained absolutely everything he had on the basis of his race.
Frustrated because as a community organizer he knew how to stack caucuses in the early primaries, he eventually pushed her out. She’d previously been given a seat in the Senate from New York, where they slithered off to after leaving the White House (and stealing a lot of historic artifacts the Secret Service had to retrieve) because democrats outnumber republicans 3 to 1 there and she was a shoo-in after shoving out Nita Lowey, who was ordered to step aside to give Hillary the gig.

Apparently Obama made a deal to appoint her Secretary of State to get her out of town and allow her to pick up hundreds of millions from countries who expected payback after she assumed the throne that was rightfully hers. The whole world knew the Clintons operated a cash machine. Want anything? It’ll cost you. Like Charlie Trie once said: There was a turnstile at the front of the white House. You had to pay to get inside.

FAST FORWARD TO 2017: The mask is off. The democrat party no longer fears her. She has no power, wields no influence. The Clinton money laundering machine has ground to a halt because they have nothing to offer but bitterness and excuses about how it’s everybody else’s fault she was denied her destiny.

Brazile, in her tell-all memoir of the contentious 2016 presidential race, reveals she pondered yanking Clinton off the ballot after she collapsed while leaving a Ground Zero memorial service.

By then, the Clinton campaign was permeated by the “odor of failure” and Brazile thought the sitting vice president might energize the troops, according to The Washington Post.

“Again and again I thought about Joe Biden,” Brazile writes in the book. “(But) no matter my doubts and my fears about the election and Hillary as a candidate, I could not make good on my threat to replace her.”

KEEP TELLING YOURSELF: SHE’S TRYING TO SELL A BOOK

As one of her party’s most prominent black strategists, Brazile also recounts fiery disagreements with Clinton’s staffers — including a conference call in which she told three senior campaign officials, Charlie Baker, Marlon Marshall and Dennis Cheng, that she was being treated like a slave.

“I’m not Patsey the slave,” Brazile recalls telling them, a reference to the character played by Lupita Nyong’o in the film, “12 Years a Slave.” “Y’all keep whipping me and whipping me and you never give me any money or any way to do my damn job. I am not going to be your whipping girl!”

I STILL HATE THIS PUNK

Perez’s column on Medium, entitled “Making 2020 Transparent,” was a response to revelations by former interim DNC chairwoman Donna Brazile last week that in a signed agreement the committee had effectively surrendered its independence to Hillary Clinton’s campaign in August 2015 ― months before 2016 presidential primary voters went to the polls. Many supporters of Sen. Bernie Sanders (I-Vt.) interpreted the news as confirmation that the party had treated him unfairly.

[CtH: The corruption of the DNC’s process was obvious in 2008, when Hillary actually won the nomination on votes, but they gave it to Obama anyway.]

WELL, AT LEAST THE LEFT DOESN’T HATE THE BUSHES ANY MORE

Trump Is a ‘Blowhard,’ ‘I Don’t Like Him’ and I Voted for Hillary, George Bush Says in New Book

THIS MESSAGE IS AIMED AT THE 12 DEMOCRATS WHO CAN ACTUALLY READ.

Both former President Bushes had choice words for current President Donald Trump in a new book scheduled to be published later this month, with the elder Bush reportedly calling the billionaire commander-in-chief a “blowhard” and flatly stating he does not “like” him.

Furthermore, both ex-presidents admitted they did not vote for Trump. The elder Bush pulled the lever for Democrat Hillary Clinton while the younger told Updegrove he voted for “none of the above.” 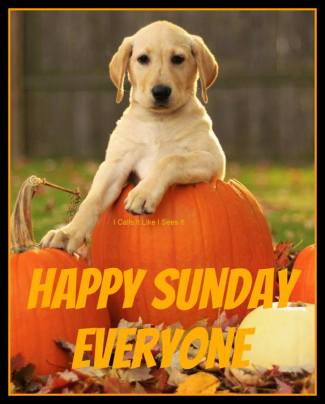 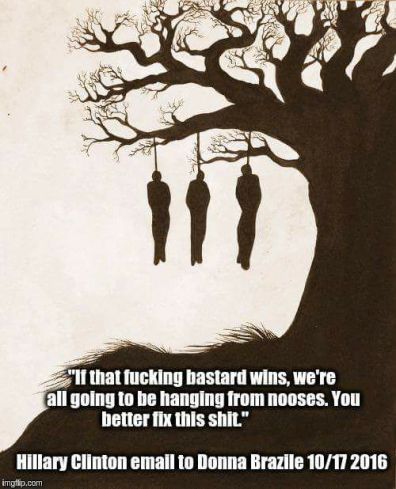 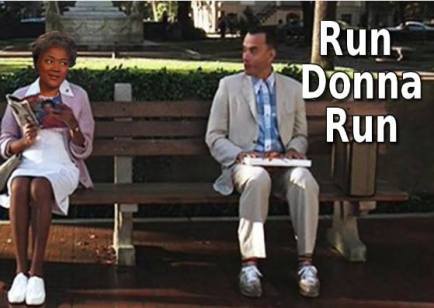 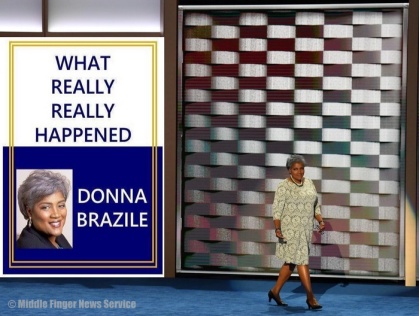 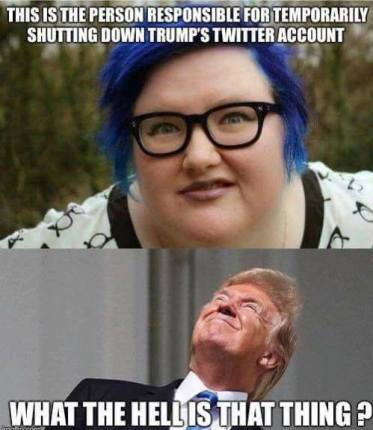 Gems from the Twitterverse 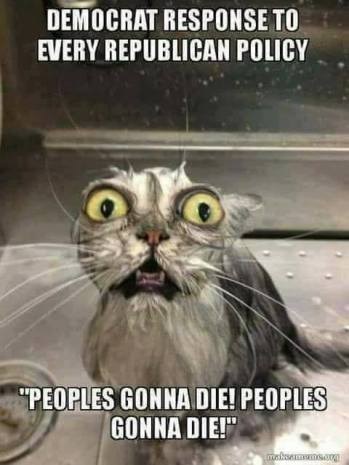 Unless the Rapture comes soon, we’re all going to die. At least in TRUMP’S economy, we’ll have JOBS while we wait, so we can pay for our OWN food and housing and healthcare.

Newt Gingrich: “The left-wing media and the elites never seem to tire of being wrong.”

New York Post editorial board: The House Republicans tax-cut plan “meets the nation’s needs” and “offers the relief for business and the middle class needed to get the economy roaring.”

The unemployment rate is at 4.1%, the lowest level since December 2000 and below the 4.2% that economists predicted.

US services sector saw record growth in October and the data point to continued strength in the months ahead.

FALSE: Democrats claim the GOP tax plan cause “families making less than $86,100 on average will face a hefty tax hike.” The TRUTH is the exact opposite.

Comments Off on The Trump Economy 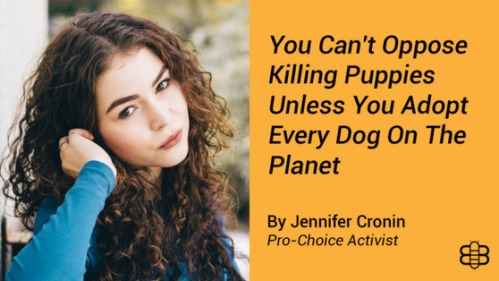 Take, for example, those who oppose the wholesale killing of puppies. The anti-puppy-killing crowd is loud and obnoxious, self-righteously declaring themselves to be “pro-life.”

Yet their love for the puppies only goes so far.

See, they want to defend puppies from being killed when they’re very young, but do you see them offering to adopt every dog on the entire planet?

I didn’t think so. These pro-puppy activists are only in support of dogs when people are killing them, but once they grow up, they’re all on their own. What are we supposed to do with all these dogs if not heinously kill them? I don’t see you pro-puppy people offering to take on more than one or two of them!

I’ll state it very clearly: you are not allowed to call yourself “pro-puppy” unless you agree to adopt every dog on the planet.

A Call to Action from the Garden

This article caught my eye because my grandson Tyler is also nine years old and has been battling cancer for the past two years. His Chemotherapy protocol is scheduled to end next month and if there are no signs of activity he may be able to stop. This young boy isn’t as lucky. Imagine knowing you won’t see Christmas this year. The heartbreak for his family must be unbearable.
HERE’S THE DEAL:
Cancer patient, 9, asks for holiday cards for his last Christmas

Christmas is coming just a little bit early this year for Jacob Thompson.

The 9-year-old has a passion for penguins, Legos and “Star Wars,” but he especially loves the holiday season, his stepmother, Tara Artinyan told WXYZ.

Jacob was diagnosed with Stage 4 high-risk nueroblastoma when he was 5 years old. He was admitted to Portland’s Barabara Bush Children’s Hospital for the “last time” on Oct. 11, when doctors told the family he likely wouldn’t make it to Christmas.

According to the American Cancer Society, only half of the children diagnosed with the disease survive past 5 years of age.

“Jacob loves the holiday season,” his mother, Michelle Thompson Simard told Good Housekeeping. “And we want him to know that Christmas wishes come true and that there are good people who care all around the world.”

The 9-year-old’s wish? That everyone send him Christmas cards so that he can celebrate his favorite holiday early.

OK, FOLKS…. WE ALL HAVE CHRISTMAS CARDS AROUND AND WE HAVE A STAMP. I PROMISE YOU’LL FEEL BETTER ABOUT YOURSELF IF YOU TOOK 2 MINUTES TO SEND THIS YOUNG MAN A CARD. I’M SURE ONCE THE WORD GETS AROUND HE’LL GET A LOT, BUT I’M ASKING YOU AS A FAVOR TO REPRESENT OUR LITTLE GARDEN TO SHOW JACOB HE IS LOVED.

If you’re interested in sending in cards, address them to: 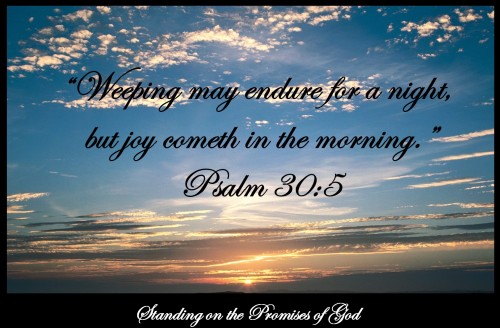 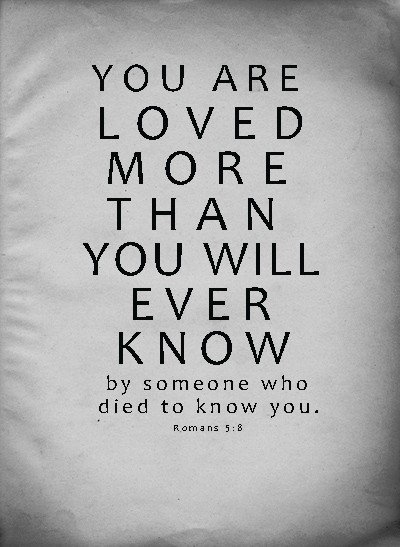