“Facts are facts. They aren’t colored by emotion or bias. They are indisputable. There is no alternative to a fact. Facts explain things. What they are, how they happened. Facts are not interpretations. Once facts are established, opinions can be formed. And while opinions matter, they don’t change the facts. That’s why, at CNN, we start with the facts first.”

Unless, of course, the FACTS you’re starting with include things like:

Then, it’s all “facts be damned” with CNN.

Anger Addiction: It’s All About the Rush

The latest stupid thing Leftists are mad about really takes the cake.

“All women’s shoe emoji have high heels. This striking campaign wants to change that.”

It’s like Leftists can’t deal with winning OR losing. Feminism won; women are equal. Hillary lost; she’s not your president. Regardless, they’re all still mad.

Methinks the point of Leftism is not to solve problems or make the world a better place, but to pander to the need of immature adults to be perpetually angry.

Science says anger addiction is a real thing. In fact, rage can be positively exhilarating.

“Anger addiction starts in the brain’s limbic system, which is the seat of all emotions. This system also causes the secretion of dopamine, the pleasure hormone. …

“Dopamine is a naturally occurring pleasure chemical that is unleashed by your brain in response to or even in anticipation of fun stimulants like a vodka martini, a cigarette, sex, food, even a shopping spree. Since you like the way you feel, you learn to repeat the behavior and your brain participates big time. …

“The problem with chronic dopamine release is that with time your brain’s receptors get desensitized and bring little pleasure. A small amount of dopamine can only help you to feel temporarily ‘normal’ again. As with drugs, an angerholic will in turn crave a larger release of dopamine to feel the same ‘high’ and the only way to achieve this is to up the rage and act out more; either verbally or violently.

“This is how anger addiction is born.”

Comments Off on Anger Addiction: It’s All About the Rush

The Left Does Voters No Favors

My feeling is that

(a) they knee jerk to their “racist, sexist, homophobe” ad hominem attacks, because they can’t actually defend any of their policies with facts or logic, and

(b) voters who learn a thing or two quickly become skeptical of the Left’s whole schtick.

Take, for example, the young man who asked Dearest for GOP candidate yard signs for the upcoming local election today. He described himself as a “formerly lifelong Democrat.”

Video: Liberal college students don’t care much for Donald Trump’s new tax plan … unless of course they’re told that Bernie Sanders came up with it.

Maxine Waters says she’ll “go take Trump out tonight.” Holy catfish! Can you imagine the Leftie heads that would EXPLODE if a Republican said that about anybody, never mind if a sitting GOP legislator had said it while Obama was in office. Sheesh.

I HAVE ADDED SOME NEWS BITES IN COMMENTS HERE, BECAUSE PETE’S OCT 23RD POST HAS GOTTEN LONG ENOUGH TO BE SLOW LOADING.

Our Kidz got to board a plane, get buckled in, ride around as it taxied, then visit the cockpit! It was super fun!

Studies show there is a strong correlation between lack of religious attendance and illicit drug use and that religion also plays a strong role in effective drug treatment programs.

Comments Off on Filling the “God-Shaped Hole”

Just a whole bunch of different stuff. Buckle up.

Harvey Weinstein has completed a one-week sex addiction rehab in Arizona.  Psychologist says he is ‘dealing with his anger’ and starting to ‘work on empathy.’
This despite reports that Weinstein was boorish in group therapy session.  The disgraced producer was pulled from group after one session, psychologist says.  The psychologist downplayed previous reports that the 65-year-old film producer had fallen asleep in group sessions and ranted about conspiracy theories.

Nothing is Sacred or Off-Limits When Opposing Trump

He said, “We’ve seen our discourse degraded by casual cruelty.” Ahhh, casual cruelty. The ol’ combination of noun with unlikely adjective spoken in coy alliteration. Like “compassionate conservative.” A one hit wonder returning to the rhyme scheme that carried him to the top of the charts.

Most Trump supporters voted on economic issues and would not harm a flea. There are a small few who think the IRS is microwaving their brains, sure, but every successful political coalition has its whacks. Trump’s opposition seems to be dominated by whacks who think he disagrees with them to be mean. Two former presidents and a former aspirant to that office have now climbed under the tinfoil hat. 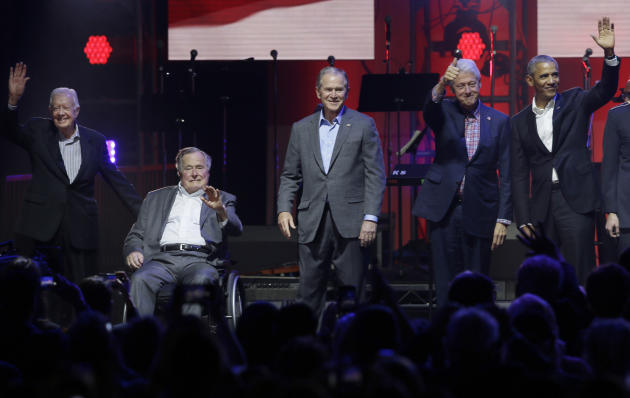 THE GRIEVING WIDOW HAS BECOME A CONVENIENT, ALMOST UNASSAILABLE TOOL FOR THE LEFT TO BLUDGEON TRUMP WITH

[CtH: They’ll ignore her once she isn’t useful, just like they did to Cindy Sheehan after Obama got in office and suddenly the Left didn’t give a toot about how many wars he involved us in or how many troops were being injured or killed on his watch.]

Nineteen days after her husband’s death and two days after his wrenching burial, the widow of Sgt. La David Johnson said she has “nothing to say” to President Trump, whose condolence call pulled the grieving widow into the center of a national controversy.
“Very upset and hurt; it made me cry even worse,” Myeshia Johnson told “Good Morning America” about her conversation with the president.

TRUMP DOESN’T QUIETLY ALLOW THE SAVAGES TO RUN ALL OVER HIM LIKE BUSH DID.

President Donald Trump punched back at the widow of a soldier killed in Niger on Twitter this morning.

“I had a very respectful conversation with the widow of Sgt. La David Johnson, and spoke his name from the beginning, without hesitation!” Trump tweeted this morning, less than an hour after Johnson said otherwise in an interview with Good Morning America.

[CtH: This is exactly how the Sheehan thing went down.  Bush met with the parents and the Sheehans told the press afterwards that they had had a good talk.  Only later did the “bereaved” mother become the anti-Bush darling of Democrats with her highly publicized squat by his ranch, her demands to meet with him, and her faux hunger strike.  She didn’t eat BETWEEN MEALS, though she was photographed sucking on a can of soda while she had her hair done!  Meanwhile, her now-estranged husband and the deaad soldier’s sibs were very opposed to what she was doing.  She made a big deal about the boy’s grave stone, forcing the family to have no marker for months.  Finally, on the day it was placed, Cindy was too busy doing anti-war crap in Europe to attend.]

[CtH: Morons.  There is a period of time following retirement when the military has every right to recall a soldier.  My two Marines were on recall for four YEARS after they left active duty.] 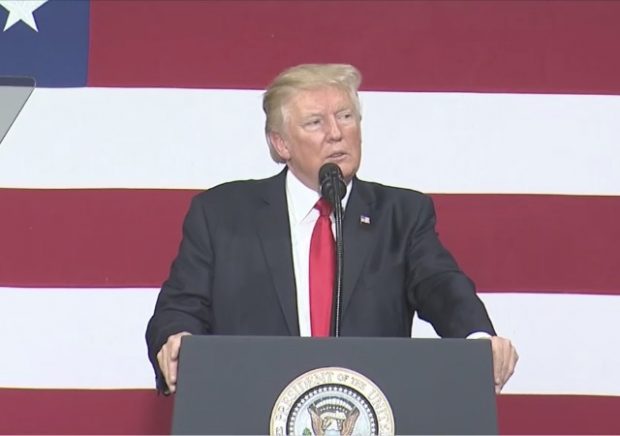 President Trump campaigned on rebuilding our military and refocusing its mission on military matters rather than on political correctness and voracious down-sizing. He also campaigned on destroying ISIS and radical Islamic terrorism.

In aid of these twin campaign promises and goals, Trump signed an Executive Order (EO) permitting the United States Air Force to recall up to one thousand retired pilots. The cap lift applies to all branches of the military.

The left’s response was an epic meltdown.

FOR EIGHT YEARS HE SAID NOTHING, DID NOTHING.

[CtH: I was proud of him for keeping his nose out of Obama’s business, unlike Carter who even visited foreign leaders after he was not president.  But this?!  Now I’m disgusted.  And sad.  It reminds me of when Barbara Bush, who I have always admired, reportedly said she wished Sarah Palin would go back to Alaska and stay there.  The Bush family is really hard core establishment Republicans, aren’t they.  Sigh.]

President Bush is facing fierce backlash from conservatives after he delivered a speech that has been interpreted as a direct attack on President Trump.

Planned Parenthood, however, was founded by eugenicist Margaret Sanger, whose bust an organization of black pastors has tried to have removed from the Smithsonian Institution’s National Portrait Gallery. The abortion giant also presents its highest honor – the Margaret Sanger Award – to individuals who promote abortion rights, such as House Minority Leader Nancy Pelosi and failed 2016 Democratic presidential nominee Hillary Clinton, who said unborn babies have no constitutional rights.

Hillary Clinton Really Tried To Avoid Going to the Inauguration

WELL THIS POST VEERED OFF THE RAILS IN A HURRY, DIDN’T IT?