“It’s immoral to act if it’s not going to make a difference and it is going to hurt poor people.” I wish Pope Francis would listen to this guy!

We all know this is true, including those who defend multiculturalism, all the while CONDEMNING Western Civilization! After all, if ALL cultures are EQUAL, then that should include OURS. Dinesh D’Souza talks about why our values are worth defending not merely because they are ours, but because they are good.

Comments Off on Multiculturalism is crap

Pelosi gets a taste

Republicans get this kind of garbage thrown at them all the time. I don’t approve of it, but dayum, it’s funny and refreshing to watch Fancy Nancy get screamed at … and in uber leftie Democrat SAN FRANCISCO of all places! Bwahahaha!

I agree with Rand with the following addition, which is that, far from being a “right-wing” version of these two “left-wing” evils, Fascism is just another form of oppressive totalitarian government. The three differ only in their details, but not at all in their essence.

They Mocked Him… He Was Right

Turns out Trump’s claims of being wiretapped last year were absolutely correct.

CNN reported Monday evening that the U.S. government, under President Barack Obama, had wiretapped Donald Trump’s former campaign manager, Paul Manafort, both during and after the 2016 presidential campaign.

IF A REPUBLICAN PRESIDENT HAD EAVESDROPPED ON A DEMOCRATIC PRESIDENTIAL CANDIDATE’S STAFF, THE MEDIA WOULD’VE GONE BALLISTIC.  OH WAIT … THEY ALREADY DID.  IT WAS CALLED WATERGATE.

Leading the “conspiracy theory” charge was none other than CNN itself. Brian Stelter, host of Reliable Sources, wrote at the time that the wiretapping story was an “incendiary idea” floated by Levin, Breitbart News, and others before reaching Trump’s attention.

Special counsel Robert Mueller’s team reportedly advised former Trump campaign chairman Paul Manafort that they plan to indict him after a July raid of his home in Alexandria, Va.

HE’S GOING TO FLIP MANAFORT TO GET SOMETHING ON TRUMP.

Judge Napolitano: I Can Assure You Donald Trump Caught in Wiretap at Trump Tower

Judge Napolitano: When Jim Comey, still the director at the FBI, told the Senate Intelligence Committee under oath, ‘I know of no surveillance in Trump Tower’, how could he NOT have known of this if his own FBI was doing it?  … If it was a FISA warrant Valerie Jarrett and Susan Rice could get their hands on it…  I can assure you Donald Trump is caught up in that wiretap. I can assure you his words and his voice are all over it.

I’m going to be spiralizing soon!

Amazon just emailed that my vegetable spiralizer is in the mail. I’ve got zucchini, yellow squash, and sweet potatoes in the hydrator ready to go. The manufacturer sent me some tips. Here are two I need to memorize:

To prevent watery zucchini, yellow squash and cucumber noodles, place your vegetable spirals in a wire sieve or colander and salt generously, tossing strands to lightly coat. “Sweat” the noodles by letting them stand for 20-30 minutes. This removes excess water. Rinse with running water, drain well and pat dry with paper towels.

Since sweet potatoes are tougher, prepare them by poking some holes in your potato, wrapping it in a paper towel, popping into the microwave for 30 seconds, then letting cool before spiralizing. Do not overcook or it will turn to mush!

I picked this model because I have very limited storage space in my kitchen and am only cooking for 2. There are much better ones for cooks with more storage and bigger families.

Comments Off on I’m going to be spiralizing soon!

The Donald Does the U.N.

Days after four Americans were butchered on September 11, 2012, then-president Barack Obama went before the gaseous tinpots at the United Nations and apologized profusely for a non-existent video he conveniently blamed for what he knew full well to be a terrorist attack. With an election six weeks away, no price was too great to pay to keep up the charade until afterward … as long as somebody else paid the price. He loved and respected the foreign squatters because they hated Americans and Jews as viscerally as he did.

President Trump is giving a formal address before the UN today.  Expect his attitude to be far, far different. He gave a taste yesterday, making it clear he put America first and they had to make a lot of different decisions or be left behind. Personally I’ve always resented these dipsticks shouting “diplomatic immunity” every time they break the law, which is constant.

Trump ​slams the UN in his first UN appearance

President Trump used his first official visit to the United Nations on Monday to criticize the world body for not living up to its “potential,” and urged member nations to reject “business as usual” and take “bold stands.”

“In recent years, the United Nations has not reached its full potential because of ​​bureaucracy and mismanagement​,​”​ Trump said during a meeting about reforms.

President Donald Trump delivered his first address to the United Nations Tuesday in a speech that espoused nationalism, while at the same time threatening multiple “rogue regimes.”

Trump campaigned on a nationalist platform and at times criticized the UN itself and the North Atlantic Treaty Organization (NATO).

“As President of the United States I will always put America first,” Trump said at the UN General Assembly, adding that all nations should seek to put their own people first.

President Trump kicked off his first official United Nations General Assembly meeting Monday morning with a message to its members: It’s time to change the ways of the past and reform the international body.

At U.N., Trump warns U.S. may have to ‘totally destroy’ North Korea

Loud murmurs filled the green-marbled U.N. General Assembly hall when Trump issued his sternest warning yet to North Korea, whose ballistic missile launches and nuclear tests have rattled the globe. Unless North Korea backs down, he said, “We will have no choice but to totally destroy North Korea.”

Listen up, UN — Trump means what he’s telling you

To all you be-suited, be-spectacled, and soon-to-be-bewildered diplomats slogging around the United Nations General Assembly this week, try to understand this: Donald Trump means every word of what he’s going to tell you. Which is: the United States is done with being blamed for everything that goes wrong in the world, and then paying to fix it.

For decades since the UN’s founding in 1945, ambassadors and their ever-sprawling staffs have lived, eaten and parked at taxpayer expense, enjoying a life far beyond the means most of them could ever hope to afford in their homelands.

Bolton: Trump’s U.N. Speech the Best of His Presidency

“I think it’s safe to say, in the entire history of the United Nations, there has never been a more straightforward criticism of the behavior, the unacceptable behavior of other member states,” Bolton said.

In addition, he said Trump’s critiques of the nuclear deal revealed the White House would not tolerate “half-measures and compromises” that allowed Iran and North Korea to progress to the verge of having deliverable nuclear weapons. 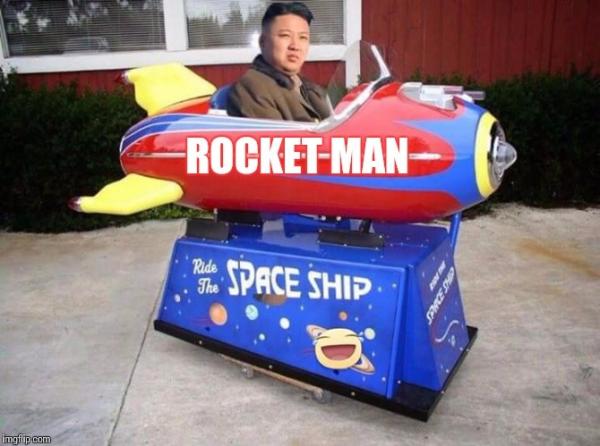 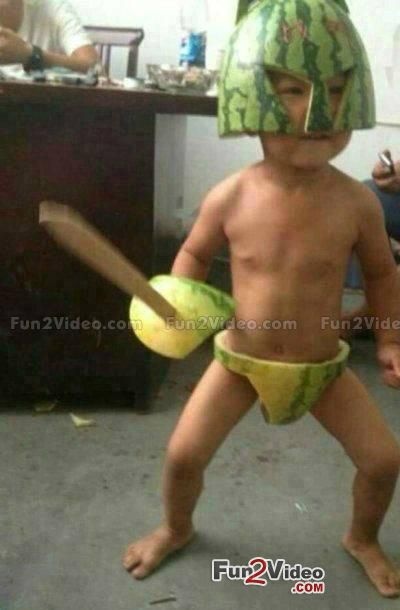 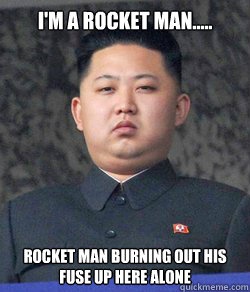 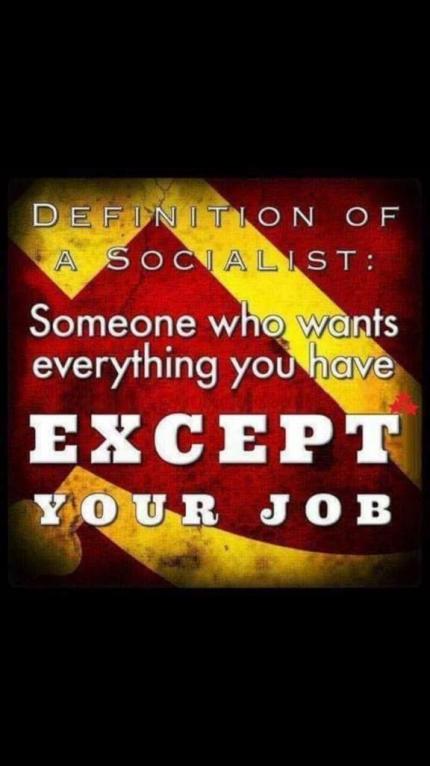 Comments Off on The Donald Does the U.N.