Gitmo Detainees Forced to Listen to Hillary’s “What Happened” Audiobook

From The Barbed Wire.

CUBA – Various torture techniques have become controversial over the years for prisoners incarcerated at Guantanamo Bay’s (Gitmo) famous prison. Waterboarding, electric shock and other methods have been criticized for being inhumane.

As of today, President Trump has authorized what many feel could be the most sinister torture method ever used at the facility. All prisoners, regardless of their crimes, will have to endure listening to Hillary Clinton recite her endless list of excuses for losing the 2016 election from the audiobook version of her latest literary flop, What Happened.

The audiobook version of What Happened clocks in at 16 Hours and 50 minutes, which means that prisoners are subjected to her screeching for all hours of the day, except when sleeping.

“Like a voice from the shadows, she haunts my darkest nightmares.” – an unnamed detainee

Every prisoner has pleaded with guards and prison officials to only make them read the book instead. Hearing Hillary’s voice in your own head as you read What Happened is horrifying enough, but having to actually listen to her drone on for hours on end is unbearable. Prison guards are equipped with ear plugs and headphones to block out Hillary’s voice when the recording is played.
Some Senate Democrats, and even Bernie Sanders, have petitioned the White House to back away from the new torture plan. Minority leader Chuck Schumer said the book was one thing, but that “listening to the audio version is clearly a violation of the cruel and unusual punishment clause.”

Intel reports from the Middle East confirm that when a number of ISIS militants received word of the new torture method, they dropped their weapons and fled the battlefield.

No general theme, just a mishmash of the state of things today.

On this day in 1970, a musical icon was lost to the world. At 27 years old, same as Jim Morrison, Janis Joplin, and Kurt Cobain.

While the far left Establishment here in the U.S. continues to mock and ridicule one of the most educated, fashionable, and intelligent women to ever grace the halls of the White House, millions of Europeans look to Melania Trump as a symbol of class, success, and hope. The DOW recorded its 56th All time record closing high on Friday since President Trump was elected on November 8th. As a result the market is up 21% since the election. No President has more all time closing highs in their first year in office than President Trump.

Brooke Baldwin explained how she felt when a guest said that the only two things that hadn’t let him down were the First Amendment, and boobs, in a post this morning on CNN.

SPEAKING OF BOOBS… OF ANOTHER KIND

Maxine Waters To AG Sessions: “How Does It Feel To Be Dragged & Humiliated” Like You Did To Blacks?

This reminds me of an NCIS episode in which Gibbs takes out a wise-mouthed terrorist just before he’s about to kill DiNozzo, McGee and Ziva. Gibbs is on a mountain top at least a mile away with a high-powered rifle, and he puts a bullet right through the bad guy’s forehead.

The British Special Air Service marksman turned one of the most hated terrorists in Syria into a fireball by using a Barett .50-caliber rifle to strike a fuel tank affixed to the jihadi’s back, the UK’s Daily Star reported Sunday.

The pack exploded, killing the sadistic terrorist and three of his flunkies, who were supposed to film the execution, last month, the paper said.

Phillips 66 has taken advantage of the U.S. Department of Homeland Securities’ temporary Jones Act waiver applying to tankers in response to fuel shortages in the southeast United States in the wake of Hurricanes Harvey and Irma, Argus Media reported Thursday.

The foreign charter comes as an “armada” of at least 26 U.S.-flagged vessels carrying millions of gallons of fuel and other refined products head for Florida, the American Maritime Partnership said.

TRUMP IS MAKING HIS FIRST ADDRESS TO THE U.N. THIS WEEK. DON’T EXPECT THE STANDING OVATIONS THAT MISERABLE WRETCH OBAMA RECEIVED.

[CtH: If he hits it out of the park like the last time he made a major speech, the MSM is going to CHOKE.] 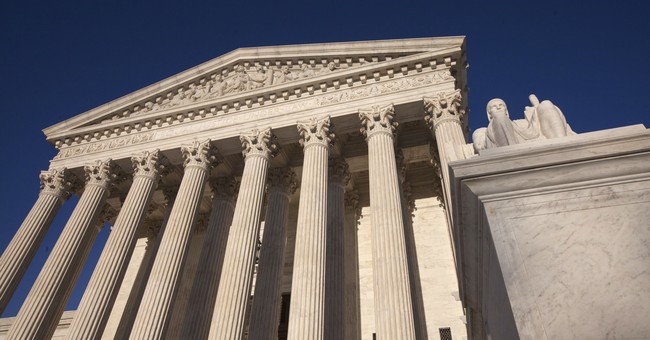 THERE IS NO WAY TO OVERSTATE THE IMPORTANCE OF THE RIGHT JUDGES TO OVERTURN LEFTIST ACTIVISM.

The orders issued Tuesday evening make it likely the disputed districts will be used in 2018, as they were with some small variations for the three previous elections. Justices Ruth Bader Ginsburg, Stephen Breyer, Sonia Sotomayor and Elena Kagan dissented.

HAVE YOU SEEN THIS?

TWO FEELGOOD STORIES FOR THE PRICE OF ONE…WHAT A BARGAIN!

Protesters Complain Of Treatment By Police After They Assault Officers

St. Louis, MO – St. Louis activists who were protesting the acquittal of Jason Stockley are crying about being abused by the police after they blocked a police transport van and then started shoving police officers, and that’s their side of the story.

JAY NIXON, WHO WAS GOVERNOR DURING FERGUSON, WAS A SNIVELING, LOWLIFE LIBERAL PRICK WHO KISSED BARRY’S ASS. GREITENS IS A FORMER NAVY SEAL. THEY MAY FIGURE IT OUT IN TIME.

Greitens warns violent protesters: The only safe space you’ll have is a jail cell

Comments Off on Unrelated but Noteworthy

Give “Mother!” a Miss

“Mother is the kind of film that makes you want to walk out, demand your money back, then file for a restraining order that would forbid the director from coming within 500 miles of any filmmaking equipment again. The following groups of people should take care to avoid Mother at all cost: pregnant women, those with nervous constitutions or heart conditions, and anyone who happens to be burdened with good taste.” 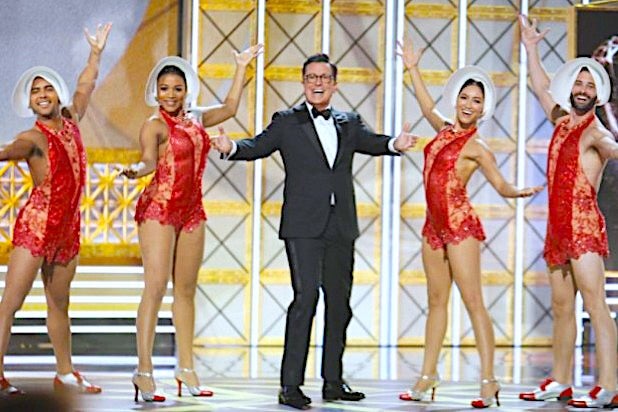 Hillcrest abortion clinic has FINALLY been shut down.

In the past six years, the clinic was cited four times for health and safety violations that included everything from failing to maintain proper medical credentials to maintaining supplies that were 13 years old. Hillcrest also performed a number of abortions without having a nurse present and failed to perform mandated criminal background checks on staff.

The latest inspection yielded 44 PAGES of violations which the clinic failed to correct by the August 31st deadline. It doesn’t look like they have any plans to reopen, since they had the gas cut off for non-payment and the Pennsylvania Department of Health website now lists the dump as “closed.”

Comments Off on Good!

Leftist at UC Berkeley asks, “Why does a first trimester fetus have moral value?”

Trump’s disapproval numbers are running at around 56%, while his approval numbers are around 39%. But, Legal Insurrection, Politico, and Victor David Hanson all seem to agree that Democrats would be naive to assume this means they’re going to win big in the midterms.

For one thing, his numbers haven’t changed since he was inaugurated. That’s unusual. Most presidents get a honeymoon period when folks are giving the new guy the benefit of the doubt.

For another, privately done research shows the so-called “resistance” may be backfiring. Hanson writes:

“There is a populist and growing resistance to the Orwellian idea that free speech is hate speech, that equality of opportunity is defined only by equality of result, and that identity politics determines the degree of government-mandated penance and reparations. … The quiet resistance is far larger than the loud Resistance and far more revolutionary. Its nature is still not fully understood by the elite Left.”

Autumn lasts about five minutes in Alaska, so the Buzzers made the most of it with a trip to the botanical gardens.

Comments Off on MASCOT UPDATE: They’re just so darned CUTE!