Score Another for Social Justice

When I was a kid in school, my nickname was ‘Pete’, short for my last name. After a few years of collecting toy cap pistols I decided to become a vintage toy dealer and Pistol Pete seemed a catchy name that hundreds of people came to know me by. It’s what people here know me as, and when I registered on Facebook I used Pistolpete as my first name since there are a lot of people with the same real name as mine.

When I tried to access my FB page yesterday they made me sign in. When I did, they wanted to change my name to just ‘Pete.’ When I declined, they demanded I send a driver’s license or document stating what my everyday name was. My guess is that some SJW clown, sitting in his mom’s basement, trolls the internet just looking for something to be offended by. My suspicion is they didn’t like the fact that ‘pistol’ was part of my name. Almost every toy show I ever had a table at, some PC mom would cuss me out for selling such awful toys. When we grew up every boy had lots of guns, because there were westerns on TV every night.

I joined a wonderful page on Facebook last week that concentrated on the vintage toys baby boomers grew up loving. It was great fun. Then, as is the norm, some slimeballs who get paid to troll social networks spam unrelated to toys started popping up. The moderator who started those pages decided every post of old toys and games had to be approved by a ‘moderator,’ however many there were. Now most of my posts go into moderation are never posted. I posted a question about getting an explanation of why they were unacceptable and apparently somebody was offended by my asking.

The trouble is I’m old, never had much filter on my mouth anyway, and being in poor health I figure I don’t have much longer on this earth, so why suffer such fools lightly? I refuse to change just to please people who will never be satisfied, so if that means I have to make some sacrifices, so be it.

I’m not in a very good mood, so the language may get a little salty. I beg your forbearance in advance.

A COUPLE EXAMPLES OF FORCED CENSORSHIP BECAUSE SOMEBODY’S OFFENDED

That’s right folks. Did you know that every time you buy a delicious, 1000+ calorie pumpkin spice latte at Starbucks, you become an unwitting pawn in the white patriarchy? Well, a random feminist group says so, so it must be true. The Examiner reports:

“Pumpkin spice just doesn’t taste as good when you add a shot of racism,” a feminist leader explained as the fall flavor began to pop up in coffee shops around the country. This is a shockingly weird claim, but it shouldn’t be surprising.

Um, it’s Western Civ. What other kind of “-centric” did they think it would be?

THIS IS WHERE THOSE ANNOYING LITTLE PISSANTS ARE SPAWNED

The group calls itself “Reedies Against Racism” but they ought to be called “Reedies Against Education” because they shut down the required class for freshmen and ran off the professor. The group started protesting the course last year and had remained silent while doing so. This year, they were back with their signs and their voices.

Antifa activist Mike Isaacson a college professor went on with Tucker Carlson on Thursday. Isaacson argued that Antifa terrorists have a right to beat people they disagree with. Mike Isaacson is a professor at John Jay College of criminal justice.

The tweet caught the attention of police union officials after the 29-year-old anti-fascist leader appeared on Fox News Thursday night. Three union bosses and Police Commissioner James O’Neill slammed Isaacson’s tweet. After he was placed on leave, Isaacson was more contrite. Then he tried to cover himself in the First Amendment.
“So much for free speech, I guess.”

[CtH: Oh gosh. I guess we COULD say that about the people he says should be BEATEN for exercising THEIR First Amendment rights.]

Isaacson has gained increasing prominence as a leader of the Antifa movement, which advocates for the use of violence to prevent white supremacists from assembling in public.

THESE ARE NOT “PROTESTERS”… THESE ARE A MOB OF VIOLENT THIEVES LOOKING FOR AN EXCUSE TO COMMIT CRIMES.

[CtH: Just a guess, but I’m thinking they’re too DUMB to understand that the justice system isn’t designed to give them what they want when they want it.  Too bad they were raised with to have “self-esteem” instead of solid values.]

WHAT THESE SCUM ARE GOING TO FIND OUT THAT A FORMER NAVY SEAL IS GOVERNOR NOW… NOT JAY NIXON, THE LIBERAL PUKE WHO CONDEMNED POLICE RIGHT ALONGSIDE OBAMA DURING THE FERGUSON LOOTING.

Activists had for weeks threatened civil disobedience if Jason Stockley were not convicted in the death of Anthony Lamar Smith, stirring fears of civil unrest and the erecting of barricades around police headquarters, the courthouse where the trial was held and other potential protest sites.

“The content of the centerpieces was offensive, and I could have handled the situation with more sensitivity,” said Lowry. “I sincerely apologize for the discomfort, anger or disappointment we caused and solicit your forgiveness.”

THIS GUY IS A GUTLESS PUSSY

[CtH: This woman’s Big Fat Mouth has made it impossible for me to enjoy her movies.]

Attorneys representing both the Black Law Students Association and a law professor at the University of North Carolina at Chapel Hill have promised to sue the taxpayer-funded school in federal court unless officials remove a century-old statue of a Confederate Civil War soldier from campus.

[CtH: Just wondering if it’s okay to leave up statues of Democrats who served in the Civil War.]

These are just a few examples from today’s news feeds. If you are offended I could say I apologize, but it wouldn’t make you feel better and it would be a lie. I just get so tired of this same crap day after day. I guess when it comes home it takes on a whole new meaning. I’m too old to apologize for who and what I am. I’ve never changed and don’t plan on it anytime soon. It is what it is. 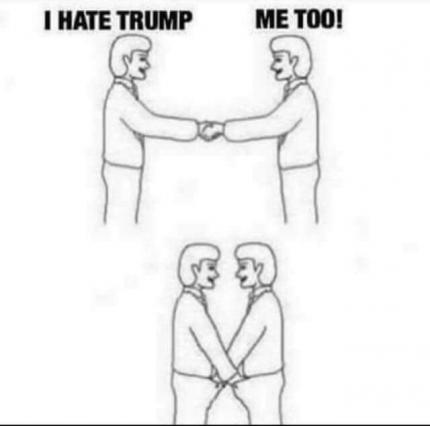 11 responses to “Score Another for Social Justice”