From John Nolte at The Daily Wire:

The very same media that shrugged when Hillary Clinton set up a secret server, deleted 33,000 government emails, BleachBit’d whatever remained and then literally took a hammer to the devices — the media that set that precedent now wants us to get all worked up over Trump’s tweets?

The very same media that buried Bill Clinton’s perjury and his numerous victims of sexual abuse — the media that set those precedents now wants us to consider an Access Hollywood video a disqualifier for the presidency? Now wants us to freak out over an awkward handshake?

The very same media that gushed over Barack Obama’s magical ability to “slow-walk the truth” — the media that set that precedent now wants us to impeach Trump over how the details of his son’s meeting with a Russian lawyer have been released?

The very same media that again and again used “Republican overreach” as a tactic to damage the GOP whenever a Democrat scandal rose up — the media that set that precedent now wants us to side with them when the Trump administration chooses to communicate directly through social media?

The very same media that asked 23 follow-up questions of Trump and none of Hillary — the media that set that precedent now wants us to side with them when the White House limits the press briefings they can peacock in?

The very same media that said nothing when Obama hired a 9-11 Truther as a Czar (and later hired him as one of their own) — the media that set that precedent wants us to be upset over Ivanka and Jared?

The very same media that showed absolutely no interest in recovering even one of Hillary’s 33,000 illegally deleted emails — the media that set that precedent, now wants us to share their outrage over the fact that Don Jr. tried to recover them in a 20-minute meeting?

Comments Off on MSM Hypocrisy

Donald Trump is a hard man to get a feeling for. A successful businessman who got into politics and went through the primaries like a cyclone in a wheat field. Stunning the world, he defeated someone who had been all but preordained as the next president and turned Capitol Hill on its ear. He has been universally opposed by the establishment of both parties. In spite of the media’s best efforts to destroy the only man with the nerve to stand up to them, he still remains popular with those who voted for him.
He ran on repealing Obamacare and building the border wall. His own party betrayed him on health care and it looks like he gave a big FU to his own party and has worked a deal with the Democrats just to get something done. The modern definition of “bipartisanship” is, was, and always will be the republicans abandoning everything they believe in and give the liberals everything they want. There are conflicting reports about a deal he struck with the left and it is unclear exactly what his motives are.

Pelosi And Schumer: Trump Agreed To ‘Enshrine DACA Protections Into Law’ Without Wall

“We had a very productive meeting at the White House with the President. The discussion focused on DACA. We agreed to enshrine the protections of DACA into law quickly, and to work out a package of border security, excluding the wall, that’s acceptable to both sides
White House Press Secretary Sarah Huckabee Sanders disputed the Democratic leaders’ claims saying Trump did not agree to excluding the wall from any DACA fix.

In a meeting with establishment politicians from the Problem Solvers Caucus and the Blue Dog Coalition, President Trump signaled a full-fledged cave on the issue of giving amnesty to nearly 800,000 illegal aliens currently protected by an Obama-created executive immigration program.
I would reserve thought on this as this is Democratic statement and nothing is written out. And there was no prior indication that the wall would ever be a part of this deal. Paul Ryan said there would be funding for the wall apart from this. So we’ll have to see how it all shakes out formally.
http://www.breitbart.com/big-government/2017/09/13/report-trump-caves-on-daca-wants-quick-amnesty-for-800k-illegal-aliens/

As Breitbart News reported, Trump’s congressional relations aide Marc Short told reporters that he is not asking Democrats to exchange amnesty for the hundreds of thousands of illegal aliens covered by the Obama-created Deferred Action for Childhood Arrivals (DACA) program for the legal immigration-cutting RAISE Act, E-Verify, or even border wall funding.
Instead, Short – who previously worked in the Republican establishment and headed an organization bankrolled by the pro-mass immigration billionaire Koch brothers – tied the massive amnesty deal to tax cuts
http://www.breitbart.com/big-government/2017/09/13/outrageous-selling-out-base-immigration-patriots-blast-trump-staffer-marc-short-trading-daca-amnesty-tax-cuts/
Paul Ryan Says US House will Fund Border Wall This Week

Report: Dem pollsters worried that attacks on Trump not sticking

Many of the ideas party leaders have latched onto in an attempt to appeal to their lost voters — free college tuition, raising the minimum wage to $15, even Medicare for all — test poorly among voters outside the base. The people in these polls and focus groups tend to see those proposals as empty promises, at best.
Victor Davis Hansen has a great post at National Review, Two Resistances. The basic thesis is that the Media-Dem-NeverTrump Resistance gets all the attention, but the real resistance is an uprising against elites, so much so that Trump is an acceptable antidote

The president’s response to the Charlottesville violence, the rolling back of the Deferred Action of Childhood Arrivals, Russian collusion hysteria, the slow pace of enacting his agenda—all of these things have Democrats grinning, expect that they shouldn’t. The party’s own operatives and data crunchers have run through the numbers based on focus groups, and Democrats are still heading for the electoral ditch.
In all, while Trump’s approval ratings might be in the low 40s by the time the 2018 midterms hit, it’s appallingly naïve for the Left to think a blue wave is coming based on that factor alone.
https://townhall.com/tipsheet/mattvespa/2017/09/13/tough-love-democratic-operatives-tear-apart-the-partys-current-strategy-for-201-n2381001 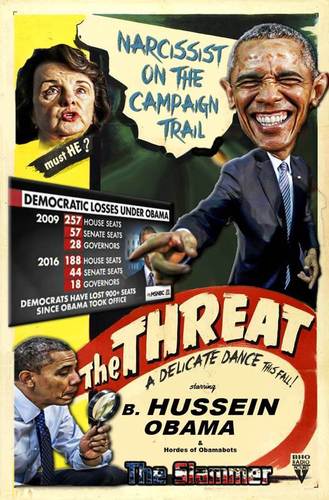 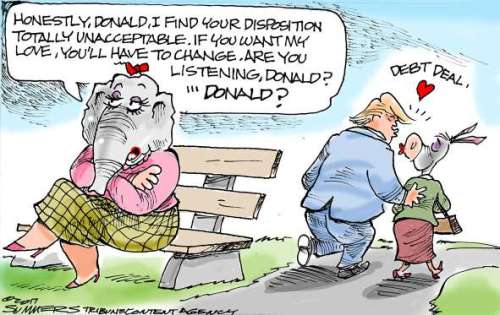 My files are overflowing with images of all manner. In honor of our beloved Bluebird and her grandcats, I’m posting a few along with some other feline frivolity.

The world’s longest cat is here to reach into your heart with his supermodel limbs.
Arcturus Aldebaran Powers, a Savannah cat from Ann Arbor, Michigan, is now the World’s Largest Domestic Cat according to Guinness World Records, measuring just more than 29 in.
The 2-year-old cat weighs 30 lbs. and keeps his impressive body nourished by eating more than 1 lb. of food a day, reports The Telegraph. Arcturus also uses his length in an attempt to get extra snacks, often standing on his hind legs to reach the family kitchen table, which he shares with owners Will and Lauren.

The unidentified patient, from Belgium, suffered erectile dysfunction due to an invasive cat-scratch disease 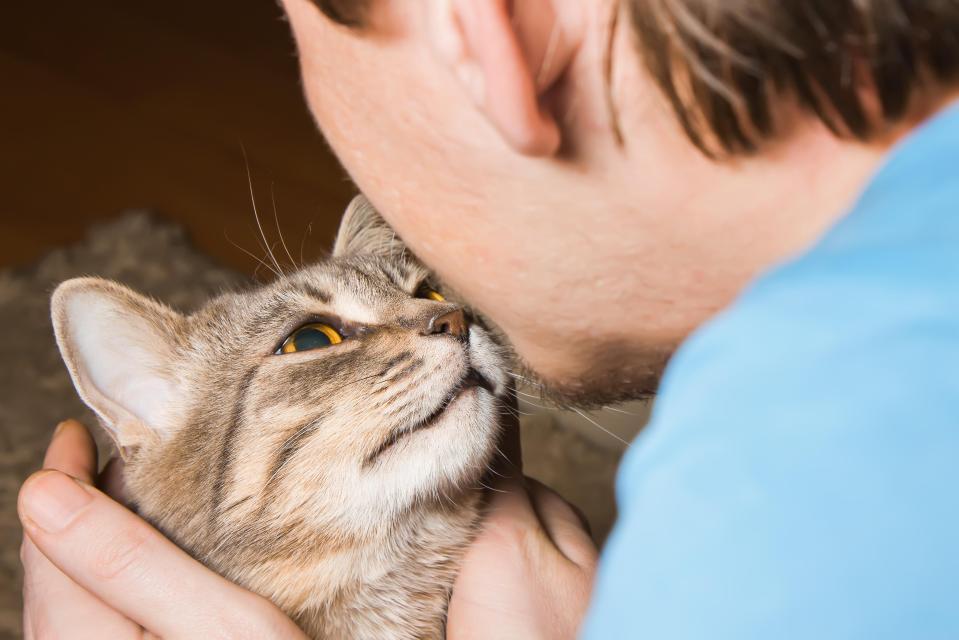 It is caused by bacteria called Bartonella henselae found in the mouth and claws of cats.
Those coming into contact with the disease can suffer fevers, pustules with complications from the illness even becoming fatal.
Women and girls accounted for 62 per cent and 55.6 per cent respectively of the diagnoses.
Cat owners are being warned to think twice when they cuddle their cat – and to always wash their hands after hugs and kisses with their fuzzy friend.
https://www.thesun.co.uk/news/4459712/man-unable-erection-cat-scratch/ 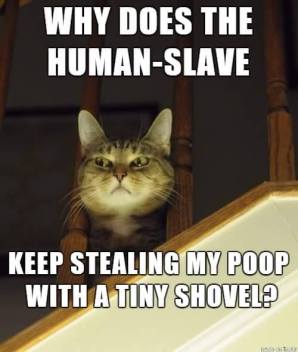 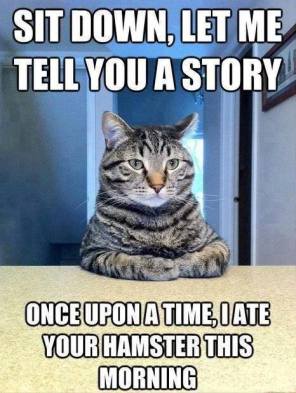 Following the utter failure of state prosecutors to make any case against the LEOs in the death of Freddie Gray, the DOJ has announced it will not pursue charges.

From the start, there existed no factual basis on which any of the officers could be found guilty of any criminal misconduct. And as the cases proceeded, all evidentiary surprises ended up being to the benefit of the officers.

“Mosby, you have shamed your office in pursuing policitally-motivated prosecutions in order to appease a mob of rioters and hooligans who threatened to burn Baltimore down. You could have been honorable and brave and stood up to the mob, but instead you sought quiet instead of justice. Perhaps you had greater political ambitions, or just were a coward. Either way, you disgraced yourself. You are a joke, a laughingstock, to be remembered as we now remember Mike Nifong. Congratulations.”

Mike Nifong was the district attorney for Durham County, North Carolina, who was removed, disbarred and jailed following court findings concerning his conduct in the Duke lacrosse case.