First I’d like to offer my sincerest prayers for the safety of the founder of this blog (I think), Mafia Rose. She lives in Florida, which is in the cross hairs of not one but two devastating storms, Irma and Jose. Western Mexico suffered an 8.1 earthquake overnight. Fires still rage in the Pacific Northwest. Auntie Lib lives in Montana and I’m including her in my prayers. Lefties scream about climate change. I think it’s more like a warning from Almighty God. It’s a warning that He alone is in control.

Tens of thousands of witches around the world join forces every month to cast a ‘binding’ spell on Donald Trump and ‘protect’ us from his actions.  Hollywood witch Vicky Adams says she has been inundated with people wanting to learn the spell and buy ingredients.  Vicky, who runs a renowned occult store in tinseltown, says the spell aims to stop the US President from reaping “harm and destruction” across the globe.

[CtH: As Christians, we have authority over demons. If you do not already pray often for binding of evil spirits, I encourage you to begin doing so.  Also, add President Trump to your daily prayers. Jesus defeated Satan, but we must be willing to use the weapons He provides us (like prayer and fasting) and not be like the troops Obama ordered to stand down when Benghazi was under attack.] 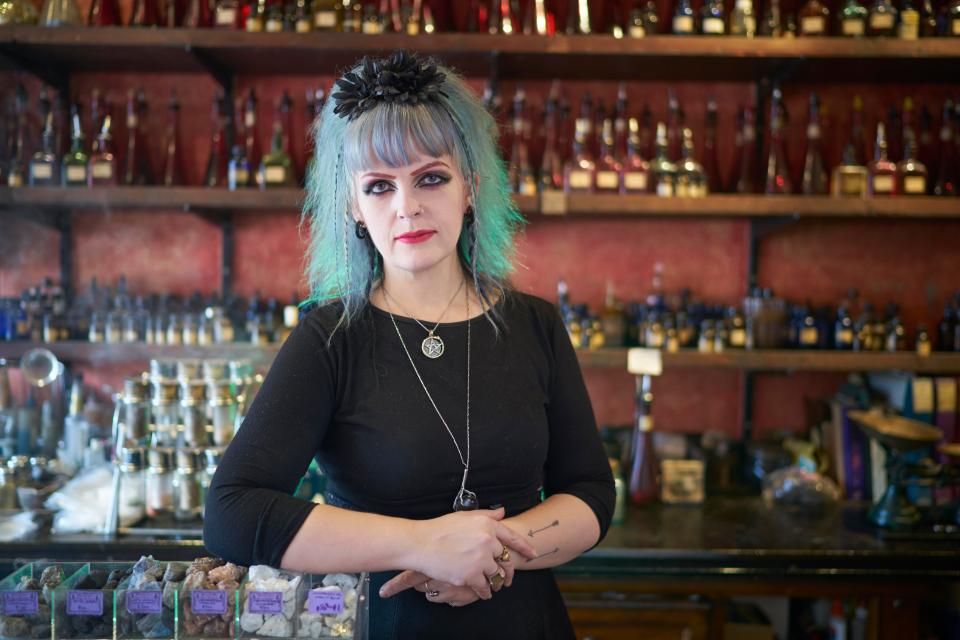 Zander Venezia, 16, died while surfing in Barbados during Hurricane Irma. The Barbados native was surfing with other pros who flew in to surf Irma’s swell. He was knocked over by a wave and hit a reef.

GETS KILLED SURFING IN A HURRICANE — DARWIN’S LAW IN ACTION

NOT SAYING ANY MORE ABOUT THIS ONE

Ironically, the victim was a 40 year-old Arabic immigrant. She said she saw a tattoo on the neck of her attacker and blonde hair under the niqab. That would indicate it is a convert. There are none so maniacally devout as those who are converted to Islam. Police say the woman had entered the shop once before and insulted the saleswoman in both German and Turkish before being told to leave.

The motivation all appears to be racial. On top of the physical bullying, the lawsuit says the “verbal bullying and harassment began almost immediately.” Taunts included “Oreo,” “white girl,” “wannabe white girl,” and “black white bitch.” The lawsuit adds that she was “generally maligned” for “acting white.”

The suit is specifically directed at Richland School District 1 over the school’s apparent failure to do anything to the protect the girl, despite repeated complaints from her parents. The lawsuit also claims to have witnesses and/or video from surveillance cameras of a number of the incidents.

[CtH: This stuff happened in my high school way back the dark ages of my teen years.]

After residents complained of ruined gardens and ubiquitous turkey scat — the birds are accused of covering a pickup truck with their nightly droppings — the Pilot Rock City Council has decided to call in the Oregon Department of Fish and Wildlife to lay out options for dealing with wild turkeys.

[CtH: This being Oregon, I’m thinking they’ll not like it when the ODFW suggests turkey for dinner as the best option.]

Judge to wiseguy: You should’ve thought before joining the mob

A ​no-nonsense ​Manhattan federal court judge blasted an aged wiseguy Thursday before sentencing him to seven years in prison — saying he should have thought beforehand about joining the mob if he didn’t want to die behind bars.

“There’s a long history of capos who have died in prison,” Judge Richard Sullivan coldly told 73-year-old Pasquale “Patsy” Parrello before handing down the sentence — which brought audible gasps of disbelief from the packed courtroom.

Comments Off on Offbeat News