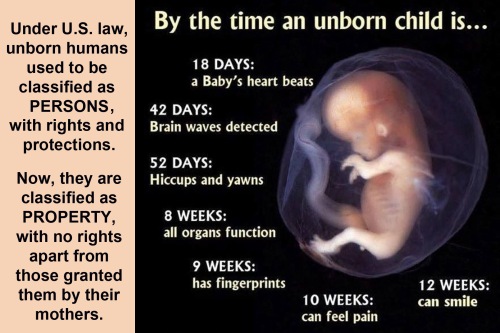 Planned Parenthood head, Cecile Richards, says every person has the right to live. This may seem to be an odd statement given that PP kills more than 300,000 unborn babies a year.

The key point to understand here is that Richards doesn’t believe unborn babies deserve to be called “persons.” Science says they are alive and human, but they are classified under the law as PROPERTY.

Slaves and women went the other way. Those were true civil rights advances. Legal abortion is not.

One response to “Civil Rights: Persons vs. Property”