Only white people are “racists”

You can thank a Catholic for our form of government

“This form of constitution ensures peace among the people, commends itself to all, and is most enduring.”

“The best form of government is in a state or kingdom, where one is given the power to preside over all; while under him are others having governing powers: and yet a government of this kind is shared by all, both because all are eligible to govern, and because the rules are chosen by all. For this is the best form of polity, being partly kingdom, since there is one at the head of all; partly aristocracy, in so far as a number of persons are set in authority; partly democracy, i.e. government by the people, in so far as the rulers can be chosen from the people, and the people have the right to choose their rulers.”

The Donald Does Phoenix

The president went back to what he’s best at yesterday….holding a rally. He hasn’t gotten anything major done legislatively because the republicans are in no hurry to do anything. He’s beset on all sides by enemies sworn to destroy him so he finds comfort in being among the people who actually appreciate him. It’s not unlike when I get disgusted by politics I retreat to a Facebook group dedicated to vintage toys. I can share memories with other mostly baby boomers who remember fondly a happier time.
Here’s the Reader’s Digest version:
Nearly 20,000 people stood in line in 107 degree heat to see him. How many leftards would endure that to see Hillary?
Arizona is an open carry state. Some BLM idiots showed up with AR 15s and bulletproof vests. Bikers for Trump… a lot of them… showed up and vowed nobody gets attacked while they’re there. Most of the rioters had the good sense not to try their luck pushing these guys. Most are veterans. None take any sh!t.
I am including a hilarious video of a nitwit who threw a rock at the police and caught a tear gas canister in the gonads. Funniest thing I’ve seen yet today. Of course, the usual media suspects came completely unhinged with Don Lemon winning today’s prize for the most racist, deranged, frothing-at-the-mouth rant.

This is a touching moment. A group of Bikers for Trump members gathered before President Trump’s Phoenix rally to pray for the safety of all those who are attending the event. The biker leading the prayer asked that protesters didn’t turn violent and that attendees return to their families safe and sound after the rally.

Thousands are lined up to attend President Trump’s blockbuster rally in Phoenix, Arizona on Tuesday evening.

BIKERS FOR TRUMP Flex in PHX: “No One is Going To Be Assaulted As Long As We’re Here”
Despite Phoenix being a powder keg of political tempers, not one punch was thrown.

President Trump loves the American armed forces. The Commander-in-Chief took time out of his jam packed schedule in Arizona to meet with U.S. Marines at Marine Corps Air Station Yuma. 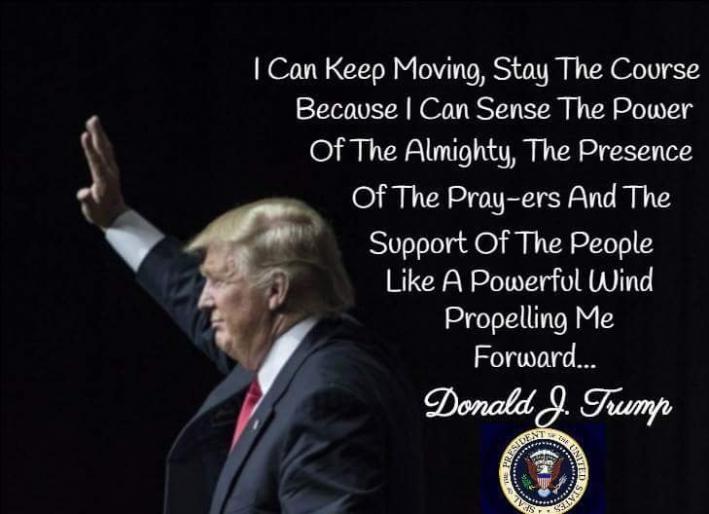 CNN Reporter Gets Tear Gassed, Can Barely Speak After Trump Protesters Cause Chaos in PHX
CNN reporter Gary Tuckman was at the wrong place, at the wrong time tonight, as he struggled to report what was happening on the ground after being tear gassed by Phoenix police. 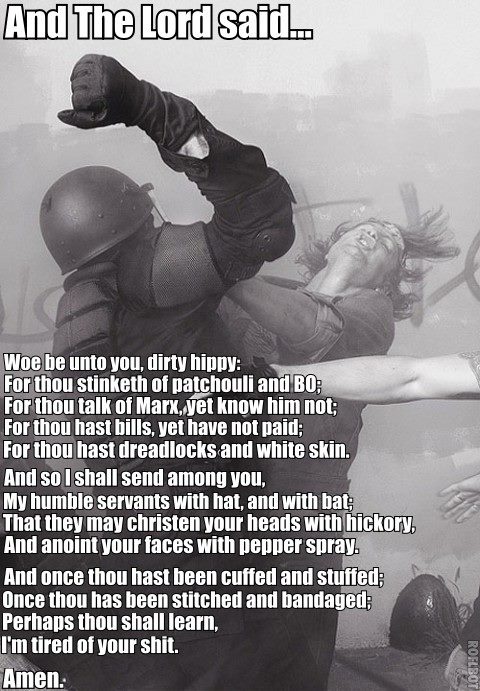 CNN’s Lemon: Trump ‘Is Clearly Trying to Ignite a Civil War in This Country’

IF HE WAS WHITE THIS PUNK WOULD BE SELLING ALUMINUM SIDING
Lemon said that while he has argued in the past that removing the president from office before he finishes his first term is absurd, Trump “has given oxygen to racists. He hasn’t really said anything that denounced the alt-right. He talked about the KKK and whatever. He hasn’t really done that. He is clearly trying to ignite a civil war in this country.
Ex-RNC Official Shields Demolishes CNN’s Irresponsible Trump Rally Coverage

THIS MAMAS BOY KICKED A TEAR GAS CANISTER BACK AT POLICE AND CAUGHT A PEPPER BALL IN THE NETHER REGIONS. I THINK IT WAS HIS BOYFRIEND WHO PULLED HIM AWAY. I LOVE IT WHEN MORONS SUFFER FOR THEIR STUPIDITY.

They Just Don’t Get It

The media continue to be befuddled by the loyalty of Trump supporters. Were they not safely cloistered in their ivory towers they might get a clue to the passion he instills. The fact is Trump supporters have nowhere else to turn. Consider the alternative: Nancy Pelosi, Schmuck Schumer, cutthroat sellouts like McCain, Collins, and Ryan. After suffering the stomach virus commonly referred to as the Obama presidency, Americans were sick of being mocked, downgraded, humiliated, and having a socialist agenda shoved down our throats that blamed us for all the ills in the world, we finally had our prayers answered. Someone who was not a typical mealy-mouthed politician who will pander to whatever crowd he’s addressing and beholden to corporate mega-donors.

CNN has been at the forefront of the daily assaults on a sitting president in a naked attempt to remove him at any cost. What they don’t understand is that they didn’t make him and they can’t break him. It is amusing that no matter how hard they try, the loyalty to this president from people of all backgrounds is unshakable.

Inside The Bubble? CNN Finds More Voters Who Stand By Trump

New Jersey isn’t necessarily Trump country, though Clifton’s median income hovers around $50,000, which is where the president’s support is among the strongest concerning income demographics. In the Midwest, they were quite blunt to CNN and the elites, saying how they forgot about them—the “deplorables” in the Midwest. The fact that Trump is president is good enough for many in that part of the country, noting it’s a sign their voice was heard after decades of benign neglect.

“How many of you were troubled by the president’s response to the violence in Charlottesville?” host Alisyn Camerota asked.
Not a single member of the panel raised their hand.
“None of you minded how President Trump responded?” Camerota followed up.
“No,” one panelist said.
A black woman on the panel aggressively shook her head no to Camerota’s question.