St. Katharine Drexel was the first person born a U.S. citizen to be made a saint. And what a saint she was!

Born into a wealthy family in 1858, when St. Katharine got older she took a vow of poverty, founded a new order of religious sisters, and devoted her great wealth to serving those discriminated against in the U.S., namely Native Americans and African Americans.

In the early 20th century, this got her into a lot of trouble, especially with the Ku Klux Klan (KKK). The KKK was not only notoriously anti-black, but also anti-Catholic. So you can imagine how they felt about Catholic sisters helping blacks!

One thing that St. Katharine’s order did was open up schools for Native American and African American children.

In 1922, a local KKK group turned against one of their schools in Beaumont, Texas and “threatened to tar and feather the white past[or] at one of Drexel’s schools and bomb his church.”

So what did the sisters do? They prayed, of course!

And here’s what happened, according to one telling of the story: “The nuns prayed and days later, a tornado came and destroyed the headquarters of the KKK killing two of their members.”

The result? “The Sisters were never threatened again.”

Comments Off on Don’t mess with God’s saints!

The latest Zogby Analytics survey gives Trump a 45% approval rating. The increase is driven by big gains among Hispanics, union households and voters in the West.

IF I FIND ANYTHING BRIEF, BUT INTERESTING, I’LL STICK IT IN COMMENTS.

The season may be short, but the flowers love the long days. And Bunny loves the flowers. 🙂

Comments Off on MASCOT: Alaskan Summer

Some days our little garden draws a lot of visitors, other days not too many. There is no way to gauge what people are interested in or looking for, because they’re mostly lurkers. That’s fine, most people never comment on anything publicly. Except me, because I don’t much care what anybody thinks. That much should be obvious after more than 6 1/2 years here. Still we persevere, much like the loser of the last presidential election. Except we have morals…and a conscience….and we’re not liars and thieves.

SOMEBODY, MAYBE THAT BALD-HEADED PRICK TO HIS RIGHT, IS GIVING HIM VERY, VERY BAD ADVICE. MUELLER HAS NO INTENTION OF WRAPPING UP ANYTHING. HE’S GOING FAR AFIELD TO KEEP THIS CHARADE GOING UNTIL THE MIDTERMS OR AFTER.

An FBI raid last month at one of the homes of Donald Trump’s former campaign manager, Paul Manafort, provides the clearest evidence so far that special counsel Robert S. Mueller III is aggressively pursuing the investigation into the campaign’s dealings with Russia and of possible wrongdoing by Manafort.

WHY WAS THE NEWS OF MUELLER’S RAID ON MANAFORT LEAKED SOONER??
WHY IS IT ONLY NEWS THAT WILL HURT TRUMP GET LEAKED?

Michael Savage on Manafort Raid: “Mueller Trying to Flip Someone”

There’s no question in my mind that this raid on Manafort, which came out of the blue, is Mueller trying to flip someone, if he hasn’t already flipped someone. Maybe he got someone underneath Manafort who flipped, and they got Manafort. They get Manafort, and Manafort’s gonna flip. It’s gonna go right up the chain. And they’re gonna get … a couple of them as cooperating witnesses.

[CtH: And what if there’s no one to flip and no evidence of wrongdoing despite this massive witch hunt?  Wouldn’t that be sweet?!]

NO NEED TO GET EXCITED. THE LAW HAS NEVER TOUCHED THE CLINTONS AND NEVER WILL. THEY OPERATE WITH IMMUNITY SINCE THEY ARE, FOR ALL INTENTS AND PURPOSES (NOT INTENSIVE PURPOSES), ABOVE THE LAW.

Washington D.C. District Court Judge Amit Mehta, an Obama appointee, ordered State to search the accounts of Huma Abedin, Cheryl Mills, and Jake Sullivan, Clinton’s top aides at the State Department, in response to a lawsuit filed by the conservative watchdog group Judicial Watch.
Mehta said that the State Department did not do enough to search for all emails it has on its computer systems regarding the Benghazi attacks, which left four Americans dead.
“It is remarkable that we had to battle both the Obama and Trump administrations to break through the State Department’s Benghazi stonewall. Why are Secretary Tillerson and Attorney General Sessions wasting taxpayer dollars protecting Hillary Clinton and the Obama administration?”

[CtH: Here is me praying Pete and I are both as wrong about this as we were about Trump.]

SHILLLADY. WHAT AN APPROPRIATE NAME FOR A “SPIRITUAL ADVISER” TO MME. PANTSUIT.

[CtH: I’ll say!  How SICK is it to compare this vile woman with the Son of God!]

“You, our nation, our world, is experiencing a black Friday,” Rev. Bill Shillady wrote to Clinton on Nov. 9, 2016, CNN reported. “Our hope is that Sunday is coming. But it might well be hell for a while.”  One day after Clinton’s stunning defeat at the hands of Trump, Shillady wrote that “life is filled with a lot of Fridays” and Good Friday “represented the day that everything fell apart.”

“Today, you are experiencing a Friday. Your Friday is what happened in the last few weeks and last night in the tragic loss. But Sunday is coming!” Shillady wrote. 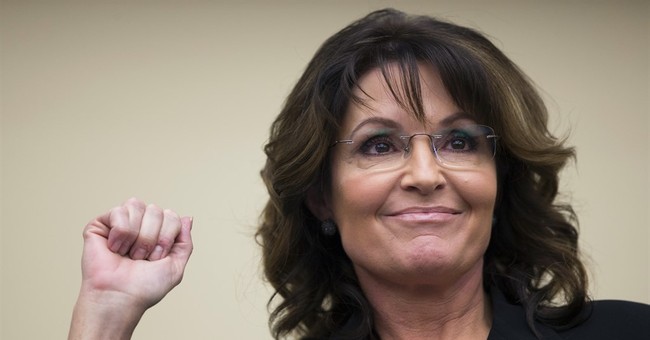 Judge Jed Rakoff is handling the defamation lawsuit filed by Sarah Palin against the NY Times in June. “The Complaint alleges that the allegedly false statements of fact that are the subject of the Complaint were contradicted by information already set forth in prior news stories published by the Times.” He continues, “However, these prior stories arguably would only evidence actual malice if the person(s) who wrote the editorial were aware of them.”

NOW FOR WHAT SOME OF YOU REALLY LOOK FOR: THE FUNNIES!

[CtH: Wait, Pete … you said this was the funny section, not the Truth and Wisdom section! ::snork::]

As you may or may not be aware, some nitwits flew a chicken balloon over the White House that was supposed to resemble President Trump. He wasn’t even there, but that didn’t stop these retards. Given the superior intellect and imagination of conservatives, they jumped all over this idiotic stunt.

After liberal protesters set up a 30-foot inflatable chicken outside the White House, President Trump’s supporters joyfully appropriated the image for their memes.
On Reddit, Trump fans rendered the chicken into meme-worthy images, setting free a torrent of pro-Trump chicken memes.