This from those in the media who DO NOT suffer from Trump Derangement Syndrome and who DO report the actual news about what Trump’s been getting done while the Slime Stream Media has been obsessing about Russia and his tweets:

Border crossings have plummeted.
The July jobs report was a blockbuster.
We’re out of the Paris climate change deal.
Gains against ISIS have dramatically accelerated.
Even his opponents are praising his immigration proposal.
Lower court positions are being filled with conservative justices.
Optimism among small business owners is the highest its been in a decade.
Sixteen old regulations have been taken off the books for every one Trump has enacted.

Comments Off on Getting Stuff Done

Of Democrats and Evangelicals

There is currently a bit of a rift in the democrat party over pure ideology vs. trying to be inclusive. Some have argued that the party should welcome pro-life candidates in an effort to appeal to evangelicals they assume are upset with president Trump. Of course, this is all simply a façade to fool people into thinking they have softened their view on the slaughter of innocents. Then there are the hardliners who steadfastly insist there is no place in the democrat party for anyone not wholly approving of abortion at any point up until the moment of birth.
There are no ‘moderate’ democrats anymore. Haven’t been for some time. The Obamacare vote proved that. They all just have different price tags. Bart Stupak and a few pro-life democrats were reticent to sign on to the healthcare law at first. Had he remained steadfast it is a certainty he could have gotten millions of grateful citizens for heading off the coming disaster. In the end he settled for a worthless promise from Obama there would be no federal funding for abortion. This promise was forgotten the minute they cast their votes. The next election Stupak and almost all his coalition were voted out by people incensed by their cowardice. The democrat party is a pit of vipers and should be shunned by people of faith. Liberalism is their religion and abortion is their sacrament.

Religion is playing a big role in Clinton’s post-election tour. What does she have to gain from sharing her faith now? 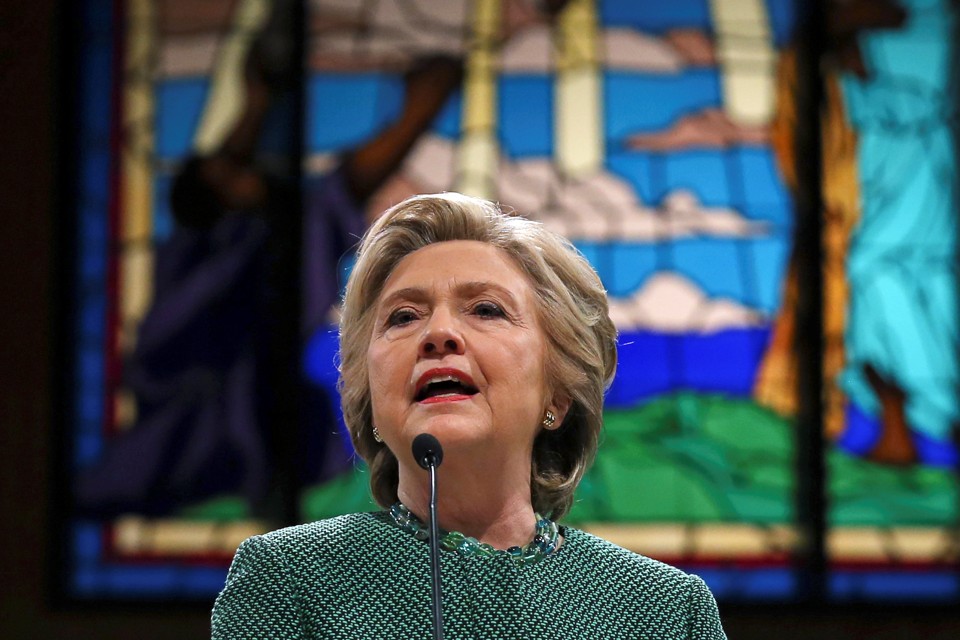 Hillary Clinton wants to preach. That’s what she told Bill Shillady, her long-time pastor, at a recent photo shoot for his new book about the daily devotionals he sent her during the 2016 campaign. Scattered bits of reporting suggest that ministry has always been a secret dream of the two-time presidential candidate: Last fall, the former Newsweek editor Kenneth Woodward revealed that Clinton told him in 1994 that she thought “all the time” about becoming an ordained Methodist minister.
https://www.theatlantic.com/politics/archive/2017/08/hillary-clinton-devotionals/535941/

She’s gone. It’s time to stop fighting the old war. It almost never fails. When I’m asked to speak to Evangelical audiences about politics, I can predict the reaction to the speech based almost entirely on the age of the audience. If a Christian is older than me, he’s often angry. If younger, usually grateful.
Younger Evangelicals (and younger conservatives more generally) saw Hillary as a corrupt choice for president. She was no more honest than Trump, but unlike Trump she was actively hostile to religious liberty and increasingly radical in her support for abortion. That’s bad enough, of course, but older Evangelicals were carrying a full quarter-century of baggage into the fight. Beginning in 1991, she wasn’t just at the center of scandal after scandal, she was on the wrong end of the culture wars, and she was an icon of the brand of arrogant, condescending feminism that most Christian conservatives openly despise. And she was in our face for decades.
http://www.nationalreview.com/article/450200/hillary-ghost-haunts-evangelicals-prompts-trump-support

It must be said that Jesus was and is not a socialist by anyone’s definition, save those of his revisionists. The Gospels do not speak of a heavenly economy of democratic access. Instead, they speak of the Kingdom of God as the advent of an impending regime change whose topsy-turvy standard of behavior threatens the lives of the unprepared. Where Jesus stands in the face of government saying his kingdom is not of this world, those aligned with him, the corpus mysticum, stand as a historical reminder that power itself is fleeting and its programs destined for collapse.

This poll from the Post and the liberal Kaiser Family Foundation is three months old, taken from April 13 to May 1. This is not just a poll question; it’s begging for overgeneralization, with “the poor are mostly lazy” being judged by liberals as akin to “Muslims are mostly terrorists” or “Catholic priests are mostly child abusers.” As a citizen, I’d refuse to answer that on the grounds that it’s used to cast aspersions – conservative voters live in a world of ugly, unproven stereotypes.
It also implies that most Christians are largely bad Christians if they don’t favor a government-organized redistribution of wealth. Liberals, including liberal journalists, often suggest private donations to the poor somehow don’t imply Christian values half as much as supporting government action toward the poor.
https://www.newsbusters.org/blogs/nb/tim-graham/2017/08/06/washpost-hypes-poll-christians-far-more-likely-dismiss-poor-lazy-bums 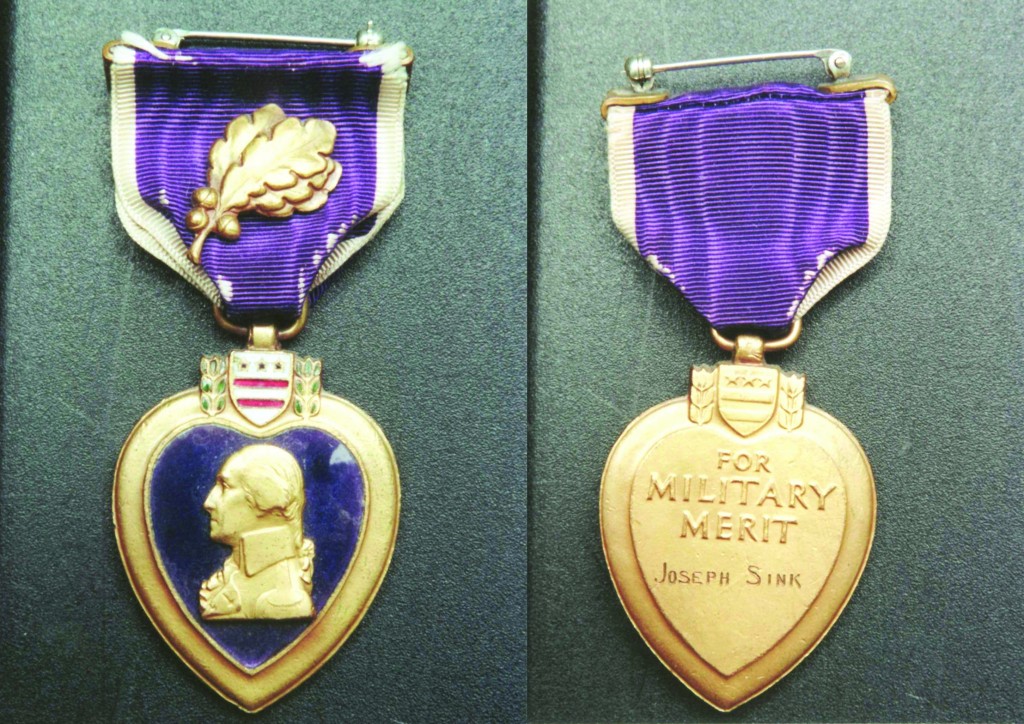 On this day in 1782, in Newburgh, New York, General George Washington, the commander in chief of the Continental Army, creates the “Badge for Military Merit,” a decoration consisting of a purple, heart-shaped piece of silk, edged with a narrow binding of silver, with the word Merit stitched across the face in silver. The badge was to be presented to soldiers for “any singularly meritorious action” and permitted its wearer to pass guards and sentinels without challenge. The honoree’s name and regiment were also to be inscribed in a “Book of Merit.”
Washington’s “Purple Heart” was awarded to only three known soldiers during the Revolutionary War: Elijah Churchill, William Brown and Daniel Bissell, Jr. The “Book of Merit” was lost, and the decoration was largely forgotten until 1927, when General Charles P. Summerall, the U.S. Army chief of staff, sent an unsuccessful draft bill to Congress to “revive the Badge of Military Merit.” In 1931, Summerall’s successor, General Douglas MacArthur, took up the cause, hoping to reinstate the medal in time for the bicentennial of George Washington’s birth. On February 22, 1932, Washington’s 200th birthday, the U.S. War Department announced the creation of the “Order of the Purple Heart.”
http://www.history.com/this-day-in-history/washington-creates-the-purple-heart
The original Purple Heart award was instituted by George Washington in 1782 to reward troops for “unusual gallantry” and “extraordinary fidelity and essential service.” The award was a purple cloth heart edged in silver braid, and was to be worn over the left breast of the uniform. Only three awards are known to have been issued, of which two are known to exist today.
One of the two known examples of the Badge for Military Merit

Current Awards: In addition to awards to those killed or wounded “in any action against an enemy of the United States”, the criteria for the award of the medal was amended to include those killed or wounded as a result of “an international terrorist attack,” and “as part of a peacekeeping force.” Thus in addition to awards for Grenada (Operation Urgent Fury), Panama (Operation Just Cause) and Iraq (Operation Desert Storm and Operation Iraqi Freedom) the medal is awarded for fatal and non-fatal wounds arising as a result of peacekeeping efforts such as Lebanon, Haiti, Somalia, and Bosnia-Croatia.

OKAY, NOW COMES THE RANT THAT YOU JUST KNEW WAS COMING
For more than two centuries our fighting forces have defended our country, often at the cost of a limb or a life.The purple heart is a meager token awarded for their sacrifice. Almost every one of them earned it.
Almost.
In his book,”Unfit for Command” Lee Corsi documented the extreme cowardice, showmanship, and treachery of the 2004 democrat nominee for president and current climate change whack job John Forbes Kerry. He volunteered for service in Vietnam because ‘it would look good on his political resume.’ Those who served with him knew what an unmitigated fraud he was and remains to this day. They are the Swift Boat veterans that the media did their best to minimize but couldn’t, since THEY WERE THERE!
The book documents how he wrangled three Purple hearts in the short span of four months and slithered out of the service to testify at the infamous ‘Winter Soldier’ hearings and sell out the brave men he’d just run away from. One award was scooped up when he threw a grenade into a pile of rice bags and got some rice kernels in his ass. Testimony from a medic who treated him in another event said he had a tiny wooden sliver in his finger that he had to hold to keep it from falling out on its own. He had a cameraman follow him everywhere he went to record his many acts of heroism. Folks in Massachusetts nicknamed him “Liveshot.”
The only thing he ever did well was marry rich women and behave like the arrogant overbearing buffoon that he is. Being a liar and a fraud is part of being a democrat. What really galls me is how he abused the system and cheapened an award that is meant to honor those who have given a measure of themselves to serve. For that he will never be forgiven by those who know the truth.

THE FACT WE NOW HAVE A PRESIDENT WHO VALUES OUR WARRIORS’ SACRIFICE AND GIVES THEM THE FULL-THROATED SUPPORT THEY DESERVE IS A FACT I THANK ALMIGHTY GOD FOR EVERY DAY.