Sorry, best I could come up with.
The news is all over the place so there’s no central thing to concentrate on. Fortunately y’all have gotten used to the mediocrity that emanates from this here keyboard. At least we don’t beg you for donations.

“In light of the enormously complex history of this region in the last few millennia, it was quite surprising that over 90 percent of the genetic ancestry of present-day Lebanese was derived from the Canaanites,” said Chris Tyler-Smith, senior group leader at The Wellcome Trust Sanger Institute, in a statement.
http://www.foxnews.com/science/2017/08/01/dna-discovery-identifies-living-descendants-biblical-canaanites.html

THE GOD OF ABRAHAM HAS HEARD THEIR CRIES
The first six months-plus of the Trump administration have brought a discernible shift in the religious affiliation breakdown of refugees admitted into the United States, with a larger proportion of Christians to Muslims among those resettled.

A Manhattan federal court judge will decide by the end of this month whether to dismiss a defamation lawsuit Sarah Palin filed against the New York Times for accusing the former Alaska governor of inciting gun violence.

Rakoff is a Clinton-appointed, activist judge. I suspect that this will not proceed.

Huckabee Sanders Rips Into Media: ‘You Want to Create a Narrative That Doesn’t Exist’
Sarah Huckabee Sanders sounded off passionately on Tuesday against the Russia collusion theories pushed by some in the media.

“You guys want to create a narrative that just doesn’t exist,” said the newly appointed press secretary, adding that they “seem obsessed.”

“Everybody wants to make try to make this some story about misleading,” she shot back to a question about Donald Trump Jr.’s meeting with a Russian lawyer.

IF THE ILLEGALS HAVE NEVER HEARD OF ‘MOTOR VOTER’, THEY WILL SOON.
More than 905,000 illegal immigrants have a California driver’s license at this point, and that number could rise to more than a million by January of 2018.

By the end of June 2017, more than 900,000 drivers have been registered under California Assembly Bill 60, which requires only proof of identity and residency, not immigration status, in order to receive a license to drive a car.
http://dailycaller.com/2017/07/26/1-million-illegal-immigrants-to-have-california-drivers-license-by-2018/?utm_campaign=atdailycaller&utm_source=Twitter&utm_medium=Social

Top EPA official resigns over direction of agency under Trump

The former EPA official made $249,000 in her last year of employment, according to the website FederalPay.org, which compiles federal salary data.

For comparison, the average American’s salary is $44,000, according to the Census Bureau, and a senator or congressman makes $174,000 a year.

Elizabeth “Betsy” Southerland ended her 30-year run at the agency with a scathing exit letter in which she claimed that “the environmental field is suffering from the temporary triumph of myth over truth.” She last worked as the director of science and technology in the Office of Water.

“The truth is there is NO war on coal, there is NO economic crisis caused by environmental protection, and climate change IS caused by man’s activities,” Southerland wrote, directly rejecting many of Trump’s claims.
http://thehill.com/news-by-subject/energy-environment/344825-top-epa-official-resigns-over-direction-of-agency-under
http://dailycaller.com/2017/08/02/epa-official-resigns-in-protest-to-trump-but-shes-also-eligible-for-a-government-pension/

BUT…BUT…RUSSIAN COLLUSION
The legislation is aimed at punishing Moscow for interfering in the 2016 presidential election and for its military aggression in Ukraine and Syria, where the Kremlin has backed President Bashar Assad. It also imposes financial sanctions against Iran and North Korea.
https://www.yahoo.com/news/trump-signs-bill-imposing-sanctions-russia-144327470–politics.html

Zakaria: Trump’s Win Was a Slap in the Face to us Elites

“The election of Donald Trump is really a kind of class rebellion against people like us, educated professionals who live in cities, who have cosmopolitan views about things,” Zakaria said.

“There’s a part of America that is sick and tired of being told what to do by this overeducated population that Hillary Clinton perfectly represented.”
https://townhall.com/tipsheet/cortneyobrien/2017/08/01/zakaria-explains-how-trump-got-elected-n2362469

Pinkerton: The ‘Hard Pivot’ from Health Care to Tax Reform and a Stronger Trump Agenda

We can look back and see that the repeal-and-replace effort was a valiant try at keeping a campaign promise, but it just wasn’t working. Sometimes, as Kenny Rogers might have put it, you’ve got to “Know when to fold ‘em/ Know when to walk away.” Yes, that’s the “the secret to survivin’.” As Trump has always said, failure can happen, but tactical flexibility is the key to long-term success.

Mindful of that survive-so-as-to-fight-again-and-win ethos, GOP leaders on both ends of Pennsylvania Avenue have been making what’s been described by one insider as “a hard pivot to tax reform.”
http://www.breitbart.com/big-government/2017/08/01/pinkerton-hard-pivot-health-care-tax-reform-stronger-trump-agenda/ 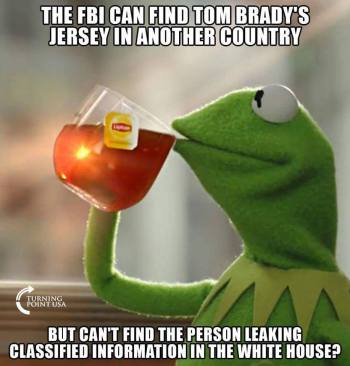 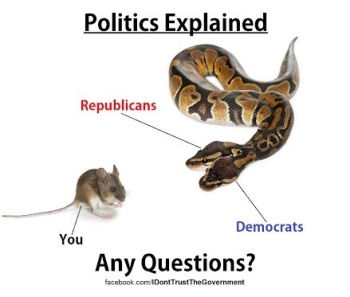 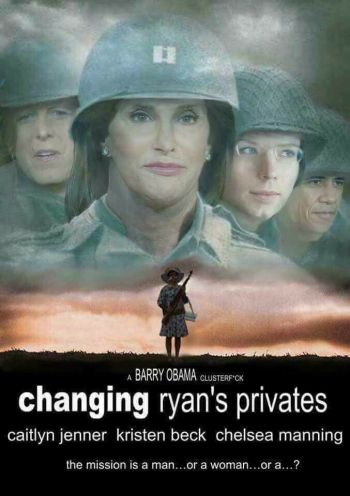 12 responses to “The Humpday Herald”