Don’t tell me “The Right does it too”

Here is a small collection of the violent rhetoric and threats to President Trump that have come from liberals like Vice President Joe Biden, former Attorney General Loretta Lynch, actor Jim Carrey, rapper Snoop Dogg, and many others. NOTHING the right wing has done can begin to compare.

Catholic doctrine has always held that, upon consecration at Mass, Christ becomes truly and substantially present in the bread and wine on the altar. Over the centuries, however, there have been numerous reports of consecrated Hosts literally turning to physical flesh and blood.

One such miracle happened in 8th Century Lanciano, where a priest who was doubting the Real Presence of Christ in the Eucharist saw the bread and wine transform into human flesh and blood as he said the words of consecration. Over 1,200 years later, these substances have not decomposed.

These substances and others like them produce the same results when tested for blood type. AB. I think this is super cool, because AB is the universal receptor and Jesus took our blood guilt on Himself to save us from eternal damnation.

Earlier this year, Obama’s National Security Advisor Susan Rice was accused of illegally unmasking American names in security reports, possibly for the purpose of spying on the Trump campaign and transition teams.

In April, Judicial Watch recently submitted a Freedom of Information Act (FOIA) request to the National Security Council (NSC) to see all the documents related to Rice’s unmasking activities.

“Closed to the public for five years”?! Hmmm … lemme think. Could this be flagrant stonewalling by former Obama officials to conceal Obama’s dirty tricks before and after the election?

Judicial Watch is considering legal options to get these documents.

Comments Off on Cheats and Liars

President Trump has called a halt to federal reporting requirements related to possible computer disruptions due to the Y2K bug. Gosh … it only took seventeen years! And I remember when Candidate Obama promised to go through the federal budget with a scalpel to cut out stupid and wasteful expenditures. Pretty dull scalpel. ::snort::

The Environmental Protection Agency is scrapping the department’s nearly $1 million in free gym memberships for employees. It’s about damn time they stopped such an egregious abuse of taxpayer funds.

Another reason to NOT move to California. Lawmakers in liberal California have committed $50 million in taxpayer funding for legal services and representation for illegal aliens.

Canada is rapidly throwing off its reputation for being a nation of nice people. Canada’s Senate passed a law Thursday making it illegal to use the wrong gender pronouns. Critics say that Canadians who do not subscribe to progressive gender theory could be accused of hate crimes, jailed, fined, and made to take anti-bias training. The bill now only needs royal assent from the governor general.

The North Korean communist regime detained an American citizen for removing a propaganda poster from a hotel wall. After more than a year in the tender care of the NoKos, Otto Warmbier has died. President Trump condemned the ‘brutal’ North Korean regime and called Warmbier’s family to offer his condolences.

Comments Off on News Notes

By E. Williams at The Barbed Wire.

NEW YORK – The ghost of William Shakespeare appeared tonight in Manhattan, briefly, and expressed his disgust and embarrassment at the way progressives have bastardized his play Julius Caesar with their interpretation of it. The left has inserted a President Trump character in the leading role, and are calling it art.

“What are these fools doing to my work?!” an exasperated Shakespeare asked. “The left should not be afraid of Trump. Some are born Trump, some achieve Trumpness, and some have Trumpness thrust upon them. That’s just life.”

“Like I always said, there is nothing either good or bad, but politically correct thinking makes it so. In Macbeth, I wrote, ‘Life’s but a walking shadow, a poor player that struts and frets his hour upon the stage, and then is heard no more: it is a tale told by an idiot, full of sound and fury, signifying nothing.’ Now I realize these ‘play in the park’ progressives are the idiots I was writing about!”

“On this midsummer’s night, I am deeply dismayed by Kathy Griffin’s recent “Off with his head!” moment, and now this. And yes, I did write that all the world’s a stage. But you don’t have to be an asshole on it.”

“If a conservative were to do to a progressive what those actors are doing to Trump, would they not bleed? Would they not have blood coming out of their…..wherever? Me thinks the left doth protest too much. I mean, really, that’s all they do!”

Comments Off on Shakespeare embarrassed by Trump assassination play in park

More Dirt From the Obama Years

Judicial Watch has uncovered evidence that Obama’s Department of Justice sued big companies, then offered them the opportunity to settle if they donated to one of three third-party, non-victims of the companies’ alleged misdeeds.

So far, at least $3 billion in payments to La Raza, the National Urban League, and the National Community Reinvestment Coalition have been uncovered, Judicial Watch said.

During Obama’s presidency, federal agencies also gave more than $89.5 million to these three organizations, which also, surprise surprise NOT, received millions from the likes of billionaire George Soros’ Open Society Foundation (OSF), the Ford Foundation, and the Bill and Melinda Gates Foundation.

Leaked emails from OSF have revealed that, during Obama’s presidency, George Soros advised then-Secretary of State Hillary Clinton on foreign policy in Albania. He also gave at least $10.5 million to Clinton’s 2016 presidential campaign.

Judicial Watch has filed a Freedom of Information Act lawsuit demanding DOJ records and intends to pursue the matter.

Major media have yet to cover any of this.

Comments Off on More Dirt From the Obama Years

The only ObamaCare insurer in most Iowa counties announced its intention to hike premiums by 43.5% for 2018.

The Hyperpolitical Left is Having a Very Bad Day

I’m guessing these two stories are confusing the dickens out of hyperpolitical Leftists and that neither will make it to the MSM, Leftist Talk Shows, or Twitter.

An illegal man from south of the border brutally murdered a Muslim girl in what police have described as an incident of road rage. My heart goes out to the spirit of that poor girl and to her loved ones who have to somehow process the idea of their lovely teen being battered to death with a baseball bat.

In other, much less tragic news, three black female college students who had claimed they were assaulted by a group of white men have been convicted and sentenced for filing a false report.

Last year, the so-called hate crime was whipped into the usual hyperpolitical frenzy by the Left. There was a Twitter hashtag campaign #DefendBlackGirlsUAlbany and protest marches at the school featuring a large number of political activist speakers, especially those from the local Black Lives Matter chapter. NFL players, rap singers, and Hillary Clinton all jumped in to make political hay off the purported hate crime that never happened.

The Devil Went Down to Georgia – UPDATE: Handel has won!

First I’d like to personally thank the 21 people who voted for us in the PCPs Paul Revere Award nominations that ended Saturday. Unfortunately, it has gained so much attention since its inception that the number of nominees has greatly increased. This year’s top vote getter with more than 1,000 votes was Last Refuge; that’s Sundance’s Conservative Treehouse. There’s no accounting for taste, I guess.

I spent a wonderful morning yesterday fishing a local lake with RJ and my best fishing buddy of more than 20 years. We did well and brought a dozen big bluegills to the dock. My friend has a freezer full of fish, as do I. There was an old man sitting on the bank who only had one, so we gave them to him. Made his day. Spending time on the water with my friend and my grandson made mine.

This is judgement day. The most expensive congressional race, with more than $50 million poured into it, will come to an end. Carpetbagging Jon Ossoff is trying to buy the seat in GA-6 that has been republican for more than 40 years. The democrats are desperately seeking some sort of win since the drubbing they took last year. The polls show the contest being very close. If this is what a House seat costs, they’ll need about 10 trillion to get a majority next year.

Why all eyes are on Georgia’s Special Election

FROM THE WASHINGTON COMPOST:
Trump’s agenda on the line in a hard-fought Georgia House race

One low point came in the final days of the race, with a super PAC attack ad that showed footage of a bloodied House Majority Whip Steve Scalise (R-La.) being taken off a baseball field on a stretcher after last Wednesday’s shooting in suburban Washington.As the sound of gunshots echoes, a narrator says: “The unhinged left is endorsing and applauding shooting Republicans. When will it stop? It won’t if Jon Ossoff wins on Tuesday.”
Both candidates have denounced the ad.
https://www.washingtonpost.com/powerpost/trumps-agenda-on-the-line-in-a-hard-fought-georgia-house-race/2017/06/19/26db597a-551e-11e7-b38e-35fd8e0c288f_story.html?utm_term=.958c4bac8d42

Ga. Dem. Has Nine Times More Donations from California than His Home State The fundraising totals underscore Trump’s “Hollywood vs. Georgia” characterization. In total, Ossoff’s campaign raised $15 million between March 29 and May 31, for a fundraising total of $23 million, making this the most expensive House race in American history.
https://pjmedia.com/election/2017/06/17/ga-dem-has-nine-times-more-donations-from-california-than-his-home-state/ 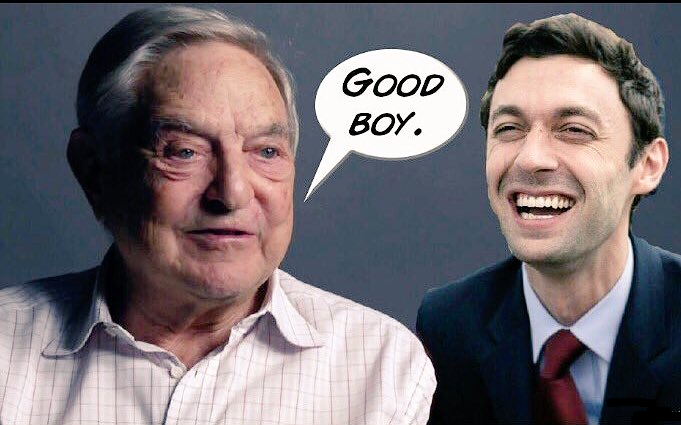 Democrat Jon Ossoff’s campaign banned a conservative media outlet, the Washington Free Beacon, from a campaign event the night before Ossoff is set to face off against Republican Karen Handel in Georgia’s congressional Sixth District special election.
Scher told TheDC that the campaign event was filled with reporters from other news organizations. The Free Beacon, it seems, was singled out for special treatment.
The campaign did not immediately return a request for comment. Jon Ossoff: Voters Don’t Care That I Don’t Live In The District

Jon Ossoff, the Democratic candidate in the GA-06 special congressional election, is still struggling to properly explain why he doesn’t currently live in the district.
MSNBC’s Stephanie Ruhle asked Ossoff why he doesn’t just move to the district if it could potentially help him win.
“It’s very easy to solve where you live,” Ruhle said. “While people respect you across the board, your desire to support your fiancee…with every point counting, why not just move?”
“Well, Steph, voters just aren’t asking me this question,” Ossoff replied. “Voters are asking me what I’m going to do to improve our local economy.”
http://dailycaller.com/2017/06/20/jon-ossoff-voters-dont-care-that-i-dont-live-in-the-district-video/

Canvassers Unsure How to Handle Questions About Ossoff Living Outside the District
https://www.youtube.com/watch?v=SBNrZDi8TsQ 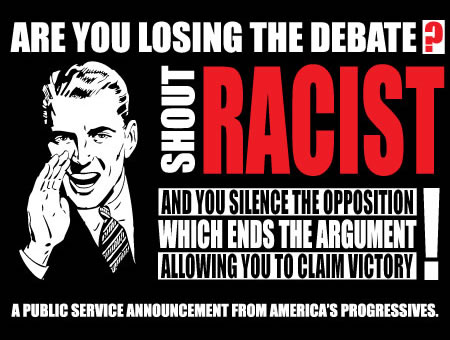 After a few minutes wallowing in this toxic waste I’m ready to call it a day already. There’s a lot going on, so I’ll be brief.