There is a lot going on in the state of world affairs, to be sure. Terrorists in London, the Comey hearings, the GA-6th debate, etc. While these may be important, they pale in comparison to an upcoming event Friday morning. I booked a guided fishing trip months ago with a friend, his son, and my R.J. I had no idea which lake we were going to and he won’t answer his cell phone. The old lady at the bait shop was of little help when I called, she only said: ‘Where do you want to go?’ Walworth County, Wisconsin, has numerous lakes and I assumed he would decide. Apparently not. I chose Lake Delavan and she gave me directions to one of the three boat launches on the lake. I’m getting a little obsessive, but I don’t want anything to go wrong since my grandson has looked forward to this for months. Fishing with him is one of the few real joys in my life anymore.

Now onto the crap.

HE WILL ADROITLY TIPTOE AROUND THE FACTS TO AVOID INCRIMINATING HIMSELF. AT THE END OF THE DAY THE MEDIA, THIRSTING FOR BLOOD, WILL BE SORELY DISAPPOINTED.

The Washington establishment and media elite has gone into a full-blown craze over a Senate hearing on Thursday featuring fired FBI Director James Comey.

And while the media continued to hype the hearing, some began expressing worry the hearing would not live up to the hype.

Sessions Is Said to Have Offered to Resign

The situation between Mr. Sessions and Mr. Trump has grown so tense that the attorney general told Mr. Trump in recent weeks that he needed the freedom to do his job and that he could resign if that was what was wanted, according to the two people who spoke on the condition of anonymity to discuss internal White House matters. Mr. Trump did not take him up on the offer.

A spokesman for Mr. Sessions declined to comment. A White House spokeswoman did not respond to an email seeking comment.

SESSIONS OFFERED HIS RESIGNATION, TRUMP REFUSED IT. TRUMP IS RIGHT

Sessions made the announcement in March that he would recuse himself from the Russian investigation — in an effort to appease liberal Democrats.

SESSIONS COULD COMMIT HARA KIRI ON THE SOUTH LAWN AND THE DEMOCRATS WOULD STILL BE UNHAPPY.

And the Russian conspiracy continues to make headlines in the liberal media day after day.

Trump is right to be angry.

ABC reported: “As the White House braces for former FBI Director James Comey’s testimony Thursday, sources tell ABC News the relationship between President Donald Trump and Attorney General Jeff Sessions has become so tense that Sessions at one point recently even suggested he could resign.

Trump’s anger over the recusal has not diminished with time. Two sources close to the president say he has lashed out repeatedly at the attorney general in private meetings, blaming the recusal for the expansion of the Russia investigation, now overseen by Special Counsel and former FBI Director Robert Mueller.

Spicer on Trump’s confidence in Sessions: I haven’t spoken to him about that.

As part of the debate format, the candidates were given the opportunity to ask each other questions. Handel turned to Ossoff and asked him a question he couldn’t answer: Who he was going to vote for in the special election. As someone who lives outside the district, Ossoff is unable to cast a vote for himself. It went downhill from there for Ossoff.

Jon Ossoff and Karen Handel square off on health care

Jon Ossoff Gets Destroyed Over His Residency

The last time we saw Michelle Obama, she was flaunting her poor fashion sense in Italy.  This week the former First Lady was a surprise guest at the Apple Worldwide Developers Conference in California.  She delivered a fireside chat where she trashed President Trump over global warming junk science and his temporary travel ban from failed Islamist states. 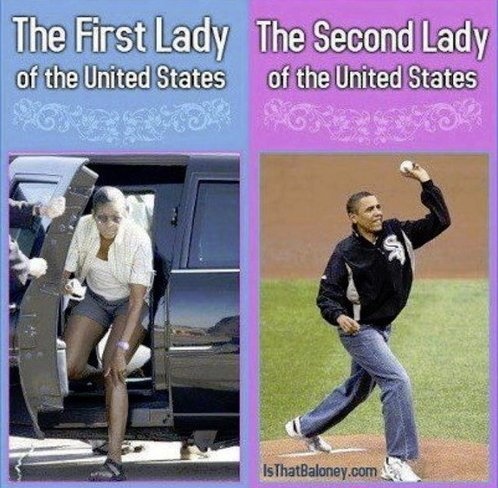 Investors Business Daily: It’s not often that we’d argue for the U.S. to follow in the footsteps of Canada or European governments. But when it comes to privatizing the nation’s woefully antiquated and inefficient air traffic control system, that’s precisely what we should do.

June 15, 2017: A new documentary is being released that shares the untold stories of a group of people who underwent “sex change” operations, but then experienced regret and ended up accepting their biological sex.