You Can’t Make This Up

The first arrest of an alleged government leaker was made yesterday. Her name is Reality Winner…. not kidding. And boy, is she a hateful little fart of sunshine.

Federal Contractor ‘Reality L. Winner’ Arrested For Leaking Classified NSA Document to News Outlet
25-year-old Reality Leigh Winner, a federal contractor, was arrested over the weekend and is facing charges that she removed classified material from a government facility and mailed it to a news outlet.

Winner worked for Pluribus International Corporation and was assigned to a government facility in Georgia. She’s held a Top Secret classified security clearance since being hired on Feb. 13.
She is accused of sending the classified document to a news outlet a few days after printing it off.
“Once investigative efforts identified Winner as a suspect, the FBI obtained and executed a search warrant at her residence. According to the complaint, Winner agreed to talk with agents during the execution of the warrant,” the statement read.
“During that conversation, Winner admitted intentionally identifying and printing the classified intelligence reporting at issue despite not having a ‘need to know,’ and with knowledge that the intelligence reporting was classified.” 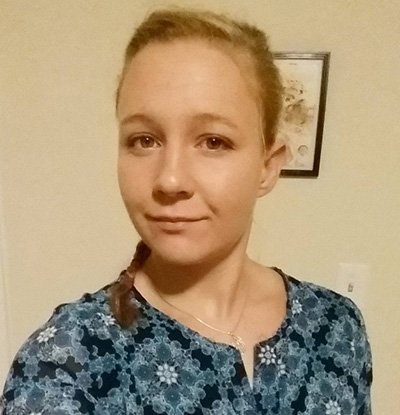 NSA Leaker Had Issues: Said “Being White Is Terrorism”

The majority of her recent tweets are angrily directed against President Donald Trump, in particular rehashing the liberal trope about “tiny hands.” She has also called the president an “orange fascist,” a “cunt” and bashed his selection of “Confederate General” Jeff Sessions amounts to racism. Sessions is head of the agency currently prosecuting Winner.
http://dailycaller.com/2017/06/05/nsa-leaker-being-white-is-terrorism/?utm_source=site-share

A Week Of Surfing On A Sea Of Liberal Tears

To argue for the Paris Accords is to argue against democracy – incredibly, they wanted to deny us any say in our electric bills tripling and in hundreds of thousands of our citizens being tossed out of work to please the Chardonnay-swilling swells of San Francisco and Manhattan.
Basically, it was a bogus goal based on a fake crisis designed to justify a massive transfer of wealth and power away from us and to the liberal elite. They call that #science.
And Trump nuked it. Killed it dead. Their screams of pain and wailing about “earth crimes” and “eco treason” are a beautiful symphony, and their response to it all was illustrative:
Why shouldn’t our representatives get to vote on this treaty in the Senate like the Constitution says?

Will They Be Forgotten?

Will D-Day fade into history when the last World War II veteran is gone?

Today is the 73rd anniversary of that June 6, 1944, invasion of France that saw one of the largest forces ever assembled for battle on land, sea and air.

An estimated 4,000 Allied troops were killed, but by the end of the day the beachheads had been secured in an invasion that was called the beginning of the end of the war in Europe.

Given that our so-called “educators” are largely anti-war, anti-capitalist propagandists revisionist history is a large part of their lesson plan. The removal of most statues of Confederate Civil War figures, which have been labeled as ‘racist’ in the South, is a prime example of destroying our history from the inside out.
The men who stormed the Normandy beaches were mostly 18 and 19 year old men. They faced almost certain death without flinching because their sense of duty demanded it. Fast forward to today, where these pampered snowflakes demand “safe spaces” and whine incessantly about anything that upsets them.
How about the Tommies, who fought alongside the Americans, Canadians, and Australians? The land they sacrificed for has been overrun by terrorists who were welcomed in to live off the government, sequester themselves and foment the savagery and barbarism their religion preaches.
We’ve raised a generation of whiners and people who think they deserve special treatment because they’ve been labeled ‘oppressed minorities’ and given special consideration.
One thing I can be grateful for is that I needn’t be a witness to this insanity much longer. 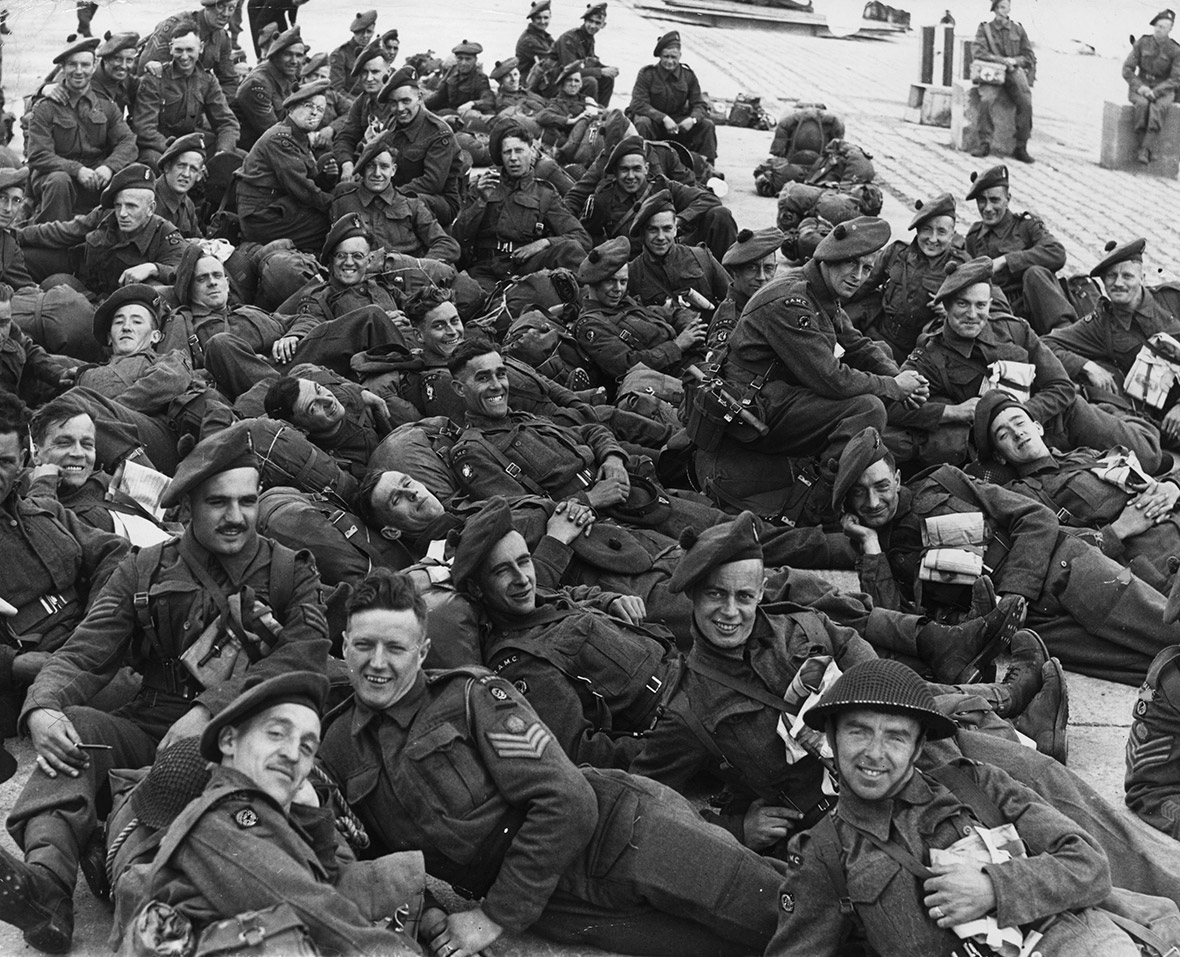 Comments Off on Will They Be Forgotten?

After the macabre findings from notorious abortionist Kermit Gosnell’s Philadelphia charnel house were made public in 2011, lawmakers in Pennsylvania enacted legislation that ensures, among other things, that state inspectors will regularly visit abortion facilities in the state.

On August 12, 2016, officials from the Pennsylvania Department of Public Health began an unannounced complaint investigation at Hillcrest Women’s Medical Center in Harrisburg.  The report on its many health and safety code violations is FORTY PAGES LONG.

Some of the violations:  No air conditioning in the summer, failing to maintain proper medical credentials,  performing abortions without a nurse present, failure to secure medications, using expired medical supplies, some of which dated back to 2004.

Comments Off on 40 pages of health violations at PA abortuary

President Donald J. Trump is launching infrastructure week today with the signing of legislative principles calling for the separation of Air Traffic Control from the FAA. This action will improve safety, modernize flight technology, and encourage new technologies in aviation. President Trump has dedicated this week to addressing America’s crumbling infrastructure.

“Rural areas would get federal dollars to rebuild roads, bridges and other infrastructure projects under a plan President Donald Trump will announce…”  http://www.mcclatchydc.com/news/politics-government/white-house/article154221939.html

“What the nation won’t do, thanks to the president, is devastate its own economy against the public’s wishes in order to satisfy the global elite. Count this as a major Trump promise kept.” http://nypost.com/2017/06/01/in-ditching-paris-deal-trump-does-right-by-america-and-the-world/

“The entire Paris agreement was a largely meaningless piece of public relations stagecraft, designed for world leaders to give the illusion that they are doing something about climate change…President Trump was right to remove the United States from this non-treaty.” http://www.unionleader.com/article/20170604/OPINION01/170609778/1004/opinion

“Nearly 100,000 Nebraskans apparently will have only one choice for individual health insurance next year. Nebraska Gov. Pete Ricketts said Blue Cross’s decision “demonstrates the failure of Obamacare and how the system was so poorly designed that great companies like Blue Cross Blue Shield can’t stay in the marketplace. It highlights that Congress needs to act to make the health care system sustainable.” http://www.omaha.com/livewellnebraska/blue-cross-dropping-last-aca-compliant-individual-health-plans-in/article_442bd00a-46db-11e7-86a3-e7e1894f21fe.html

Comments Off on 1600 News Notes

CATHOLIC // The Supreme Court of the United States, in an 8-0 decision on Monday, ruled that the pension plans of religious hospitals meet religious exemptions from costly regulations. Justice Neil Gorsuch, the newest member of the Court, did not join in the ruling as he had not yet been confirmed to the Court when oral arguments in the case took place March 27.  http://cvote.it/2sLDvBO

PRAYER BREAKFAST // This morning over 1,000 Catholics will meet in Washington for the National Catholic Prayer Breakfast. Carried on EWTN, the event will feature Vice President Pence and Archbishop Timothy Broglio, Archbishop of the Military Services.  http://cvote.it/2sLIhze

BUDGET // Under the Trump reform, food stamp recipients who cannot immediately find a job would be expected to engage in “work activation,” including supervised job searching, training, and community service. http://cvote.it/2rruYGr

DEMOCRATS // More than a dozen Democrats — including staunch Clinton supporters — just want Hillary to stop talking and go away. http://cvote.it/2rrl8UO

FBI // A Democrat on the Senate Intelligence Committee said: “No smoking gun at this point” in the Trump-Russia probe. http://cvote.it/2qVJEtC

Comments Off on News Notes from Catholic Vote

Bernie Sanders’ income puts him in the top 4%.  In 2016, he and his wife sold one house and bought another with the proceeds.  The newest one is a four-bedroom house on the shore of Lake Champlain costing roughly $600,000.  Their other two houses are in Burlington, VT, and Capitol Hill in D.C.

April 28, 2017:  For over a year, FBI agents and the US Attorney’s Office in Vermont have been analyzing Burlington College records because of fundraising activities related to an extremely ambitious expansion and fundraising effort spearheaded by then-president Jane Sanders that bankrupted the now-defunct school in Burlington, Vermont.

Comments Off on Feel the Bern?