THE STUPID! IT BURNS!!

Pro-Hillary NY Daily News Writer Tells Her, “Shut The F**k Up And Go Away”

Hillary Clinton shouldn’t be writing a book — she should be drafting a long apology to America
On Tuesday at the Women for Women conference, she reminded us again what a flawed candidate she was last year — and what a flawed person she has always been.
In her talk before a friendly audience, Clinton said she’s writing a memoir — and said it’s “painful” to revisit how Donald Trump beat her like a ragdoll in an election that was a lock.
Painful? We’re the ones in pain, Hillary. You’re making millions to process it.
http://www.nydailynews.com/news/politics/hillary-clinton-book-apology-article-1.3130675

Model Blames POTUS For Her ‘Crippling Anxiety’, Demands He Pay For Her Botox and Meds

I guess life for Chrissy Teigen is overwhelming given that she travels to exotic locations and poses for photographs for a living. She is also married to multi-millionaire singer/songwriter, John Legend, but demands Trump pay for her Botox.

IS THERE SOMETHING IN THE WATER IN BEVERLY HILLS?

Cher: No Money to Treat My Asthma after House Obamacare Repeal

In an earlier tweet, the singer called GOP representatives in the House “inhumane” and predicted millions of people would die as a result of the legislation, which has not yet cleared the Senate or been signed by the president.
The pop star was just one of numerous celebrities to use their social media accounts Thursday to voice their displeasure with the House’s passage of the AHCA.
http://www.breitbart.com/big-hollywood/2017/05/04/cher-gop-health-care-bill-threatens-funding-treat-asthma/

BREAKING! BREAKING! MORNING JOKE AND MUCKUP ARE HOOKING UP!
In Move That Shocks Nobody, Mika Brzezinski And Joe Scarborough Are Getting Married…

When the show debuted, both co-hosts were married: Scarborough to his second wife, whom he divorced in 2013, and Brzezinski to her former husband of 23 years. But long before they were an item, they made a lot of sense. Their chemistry—the way they bickered, and eye-rolled, and flirted in the I-can’t-stand-you-but-I-love-you way that elementary schoolers do—fueled speculation about their relationship off camera for years, a kind of reality show within a talk show.
http://www.vanityfair.com/news/2017/05/exclusive-joe-and-mika-engaged

Pelosi: Republicans’ Desire to Give a Tax Break to the Rich Worth ‘Walking the Plank’
STAY CLASSY, NAN

His military resume to become the next Army secretary appears impeccable, but his conservative Christian beliefs have rallied the gay rights movement and its Democratic supporters to defeat the soldier-businessman-politician.
This week, a group of 11 House Republicans entered the battle on the side of combat veteran Mark E. Green, sending an endorsement letter to Senate Armed Services Chairman John McCain, Arizona Republican.
“Mark’s commitment to the men and women of the U.S. Army is emboldened by his faithful service as a solider,” said the letter spearheaded by Rep. Duncan Hunter of California and signed by representatives from his home state of Tennessee.
Mr. McCain said his week he has reservations about Mr. Green as Army secretary.
WILL WE EVER BE RID OF THIS SNOW-CAPPED PISSANT?
http://www.washingtontimes.com/news/2017/may/4/christians-lawmakers-rally-behind-mark-e-greens-bi/

Bond set at $25k for man accused of threatening BRPD officers, families
Louisiana State Police say Thallemus Thomas made a post on social media in a different name. The post read “It’s time Baton Rouge u didn’t learn from the police killing n Baton Rouge.” The post goes on to say “we will find the cops and execute them if we can’t find them, we will kill one of their family members.”

Not From The Onion: Florida University To Award Trayvon Martin A Posthumous Honorary Degree

HE WAS SUCH A CUTE LI’L TARBABY WHEN HE WAS YOUNG
The private university announced Wednesday that Martin’s parents, Sabrina Fulton and Tracy Martin, will accept a bachelor of science degree in aeronautical science with a concentration in flight education on behalf of their son.
The degree is in “honor of the steps he took during his young life toward becoming a pilot,” the school said in a Facebook post. Florida Memorial’s Department of Aviation and Safety has a designated Cessna pilot training center, and the school also houses the Trayvon Martin Foundation. It is based in Miami Gardens, where Trayvon Martin lived with his father.
http://www.tampabay.com/news/education/florida-university-to-award-trayvon-martin-a-posthumous-honorary-degree/2322757 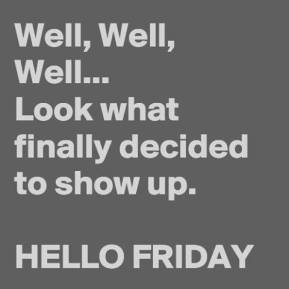 Comments Off on Cinco De Mayonnaise

From President Trump’s Proclamation of May 4, 2017 as the National Day of Prayer:

We are also reminded and reaffirm that all human beings have the right, not only to pray and worship according to their consciences, but to practice their faith in their homes, schools, charities, and businesses in private and in the public square free from government coercion, discrimination, or persecution.  Religion is not merely an intellectual exercise, but also a practical one that demands action in the world.

President Trump celebrated today by signing a religious liberty executive order that will protect Christian organizations like the Little Sisters of the Poor from being forced to pay for abortions.

“Freedom is not a gift from government. It is a gift from God,” Trump said in signing the order. “We are here to defend the rights of all Americans.”

“Finally, the federal government realizes the immoral and insane mandate that forces organizations like the Little Sisters of the Poor to include contraception and abortifacients in their healthcare plans,” he said. “This step today starts the process of reversing the devastating trend set by the last administration to punish charities, pastors, family owned businesses and honest, hard-working people simply for living according to their faith. This trend is in part why 60 percent of Trump voters in the last election said they were more likely to vote for him because the GOP platform is very clear on religious liberty and unborn life.”

The House of Representatives celebrated by passing their partial repeal and replace of Obamacare.  While it does not go as far as Conservatives would like, it does defund Planned Parenthood and ensure that Obamacare won’t cover abortions.

Comments Off on National Day of Prayer, Part 2