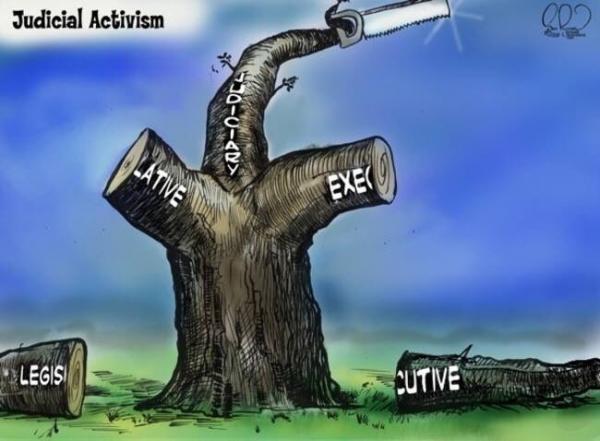 A federal judge in San Francisco has blocked a Trump administration order to withhold funding from communities that limit cooperation with U.S. immigration authorities. 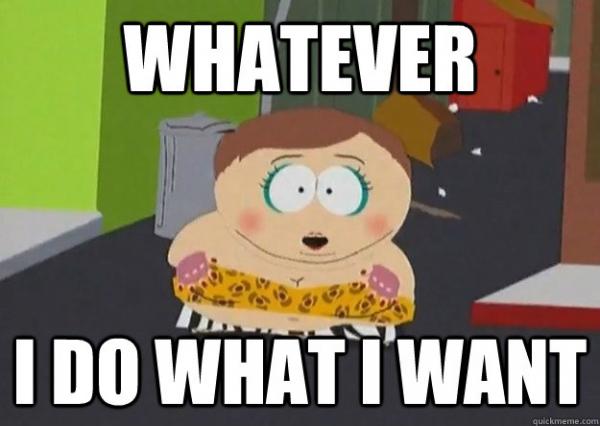 U.S. District Judge William Orrick issued the temporary ruling Tuesday in a lawsuit over the executive order targeting so-called sanctuary cities. The decision will stay in place while the lawsuit moves through court. 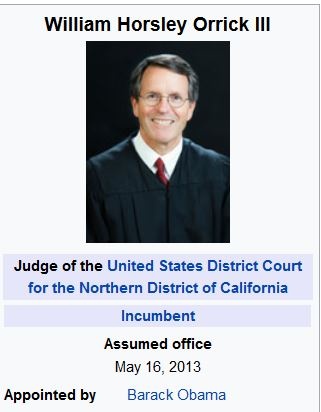 WHENEVER THE COURTS RULED AGAINST OBAMA HE JUST SAID “F*CK OFF” AND DID WHATEVER HE WANTED. NOBODY EVER STOPPED HIM.
Judge donated $200k to Obama. Yeah, no conflict of interest here.
By what authority can a Federal Judge overrule a duly elected President?
He was also one of President Obama’s top fundraisers, a bundler who raised at least $200,000 for Obama and donated $30,800 to committees supporting him

Wife Of Judge Blocking Pro-Life Videos Is A Proud Abortion Supporter
Until someone with a big pair stops this, punk-ass democrat judges run this country.
http://abc7ny.com/politics/california-judge-blocks-president-trumps-order-to-withhold-sanctuary-city-money/1916076/ 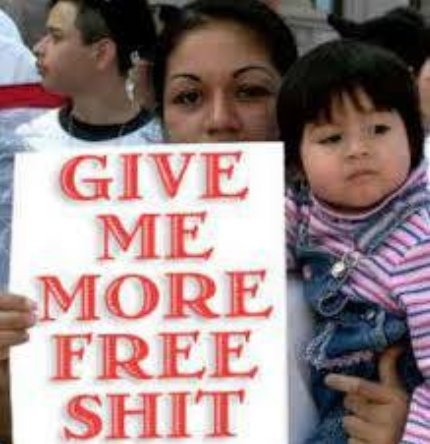 I JUST GET SO SICK OF THESE SOCIALIST JUDGES BLOCKING EVERY ACTION TRUMP TAKES. IT’S ALL PART OF THE DEMOCRAT PLAN OF SUBTERFUGE. 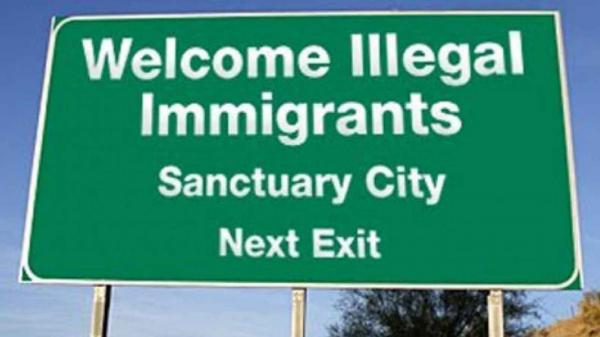 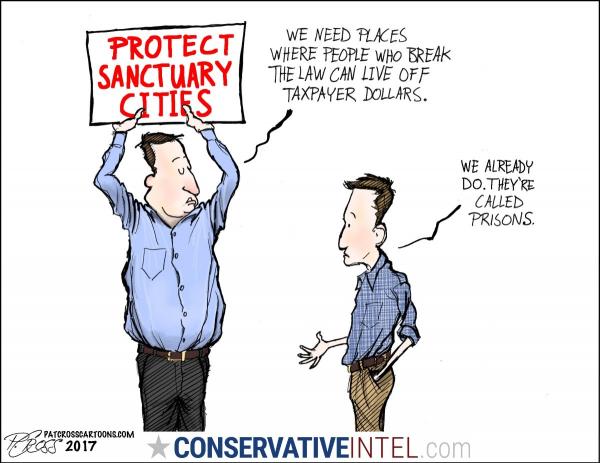 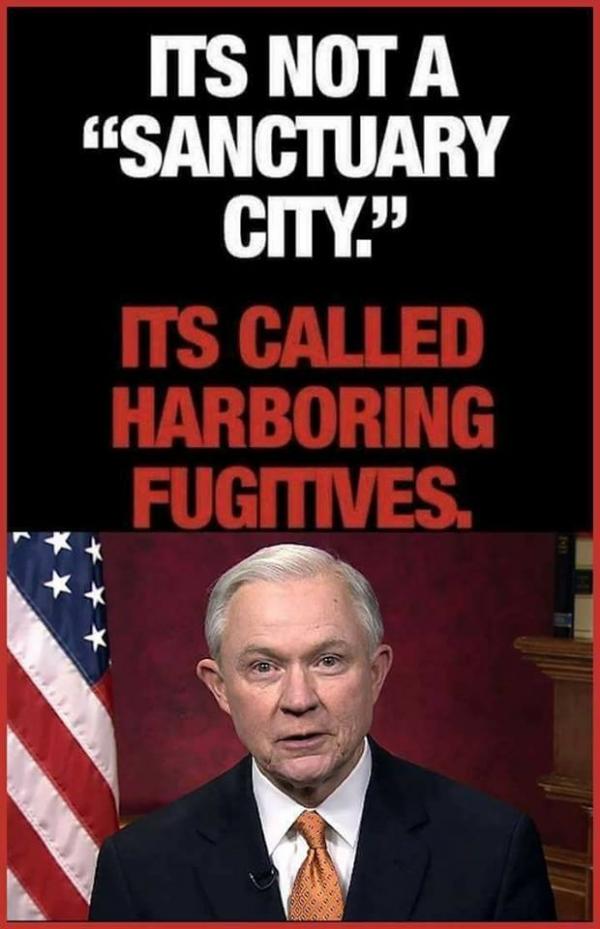 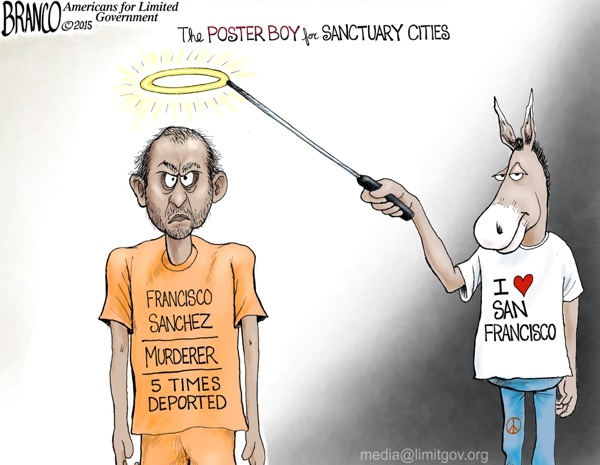 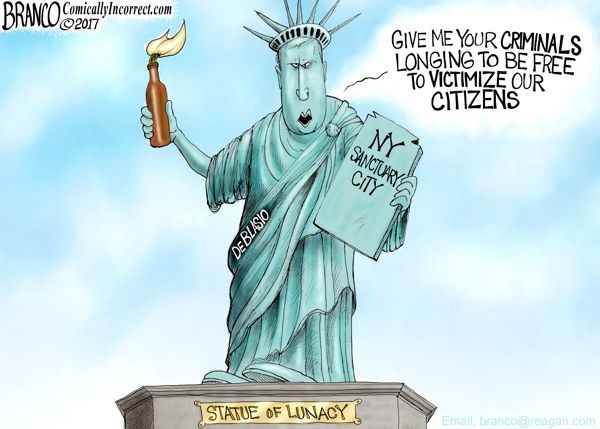 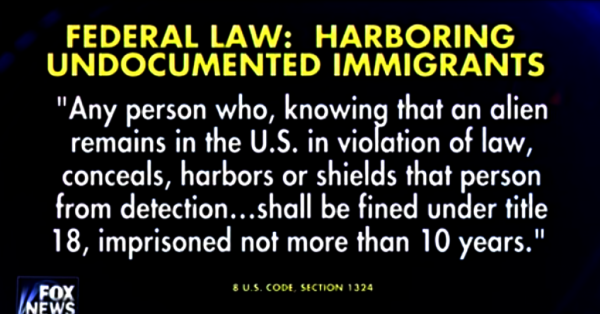 THE LIBERALS KNEW WHO TO RUN TO 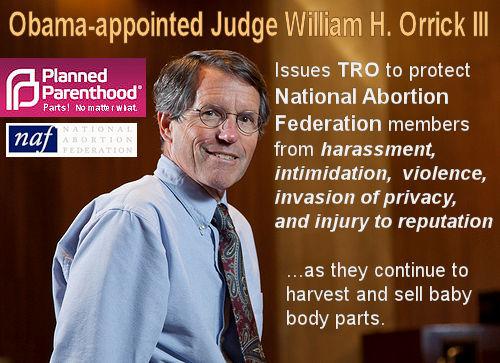 Enviro-Fraud and the Former Messiah

APPARENTLY 5 SUPREME COURT JUSTICES MISSED 9TH GRADE SCIENCE CLASS WHERE WE LEARNED CARBON DIOXIDE IS A TRACE ELEMENT, NOT A POLLUTANT!
The study claims to have “proven that it is all but certain that EPA’s basic claim that CO2 is a pollutant is totally false,” according to a press statement put out by Drs. Jim Wallace, John Christy, and Joe D’Aleo. Wallace, Christy and D’Aleo — a statistician, a climatologist and meteorologist, respectively — released a study claiming to invalidate EPA’s 2009 endangerment finding, which allowed the agency to regulate CO2 as a pollutant.
http://dailycaller.com/2017/04/24/exclusive-new-study-calls-epas-labeling-of-co2-a-pollutant-totally-false/

AFTER A 3 MONTH TOUR DE FORCE OF HOW TO SPONGE OFF RICH PEOPLE LIKE RICHARD BRANSON AND THE LATE MARLON BRANDO, BARACK H. OBAMA WILL NOW DELIVER A BRAVURA PERFORMANCE AS THE ULTIMATE HYPOCRITE TO THE MAVENS OF WALL STREET
Obama to net $400K for Wall Street speech: report
The former president’s reported speaking fee is nearly twice the price commanded by Hillary Clinton, the 2016 Democratic presidential nominee.
Obama reappeared on the public stage Monday, making his first public remarks since leaving the White House at the future site of his presidential library.
The former president did not mention President Trump or offer political commentary during his appearance at the University of Chicago.
http://thehill.com/homenews/news/330337-obama-to-net-400k-for-wall-street-speech-report

I CAN’T BELIEVE THIS ASSHAT ACTUALLY SAID THIS:
Josh Earnest: Obama will jump in and criticize the new administration if Trump crosses any, er, “red lines”
I know what you’re thinking because I’m thinking it too, as is everyone who worked for the Obama administration on foreign policy: “Since when does Obama enforce red lines?”
Actually I suspect you’ll find him enforcing lots of moral “red lines” in the future, now that all that’s required of him is giving a speech to an adoring media peppered with lots of that’s-not-who-we-ares. That was 80 percent of his presidency but it’ll be 99 percent of his retirement.
Enjoy the irony of Earnest flagging as an example of a “red line” any potential efforts by Team Trump to start rounding up and deporting DREAMers. I … don’t think you need to worry, Josh. Things change but DACA stays the same!

I’M PRETTY SURE THESE TWO MEGALOMANIACS HAVE DESPISED EACH OTHER FROM THE GET-GO
Obama was telling the panel about how he visited with at-risk youth on Sunday ahead of his appearance at the University of Chicago.
“If the six of you had been in that conversation, you would have come away not saying ‘these are some thugs or super-predators that I can’t relate to.’ You’d actually say, ‘man, if I had gone through what they went through I’m not sure how things would have worked out me either,’” Obama told the panel.
Obama choice of the term “super-predator” is an apparent reference to comments that Hilary Clinton made in 1996 that caused a considerable backlash in both of the Clintons’ presidential campaigns.
http://ntknetwork.com/obama-takes-a-shot-at-hillary-clinton/

Officials say the robbery was planned like a Blitzkrieg with the teens swarming the station, forcing the traindoors open, rushing into the train and robbing passengers, and then disappearing into an East Oakland neighborhood — all in a matter of minutes.
The teens exited the train and disappeared into the surrounding East Oakland neighborhood.
Police will not release the video or still shots of the surveillance for fear that some of the suspects are minors
Whenever someone complains about the media blackout on the racial makeup of criminals and thugs, the response is usually something like “it’s not relevant to the story” or “we don’t want to upset the local minority community by appearing to single out criminals.”
My response is always: How can the race of the perpetrator not be relevant to the story? Or the race of the victim for that matter.

As the officers got out of the car, two officers were attacked by several people and beaten on the ground

THANKS TO BROTHER BARACK, THEY AIN’T SCARED OF THE PO-LEECE NO ‘MO

Three men were arrested following an attack on Davis police officers who encountered a group of people blocking traffic on a busy roadway during Saturday’s Picnic Day at UC Davis.
The annual campus open house has become known in recent years for violence and drunken mayhem, mainly on the streets of the normally quiet college town.
A hostile group quickly surrounded the vehicle. Several people began yelling threats at the officers in the car, and one person pretended he was pulling a gun on the officers, the news release said.
As the officers got out of the car and began to identify themselves as police, two officers were attacked by several people and beaten on the ground. Police reported that the officers were kicked and punched in the head, and one officer was struck on the side of the head with a bottle.
As they were being assaulted, the officers could see people in the crowd taking video of the attack on their cell phones, according to the news release.
https://www.policeone.com/Crowd-Control/articles/329707006-3-arrested-after-mob-attacks-officers-at-Calif-college-event/

I’M MAKING AN EFFORT NOT TO POST A BUNCH OF THESE STUPID PICTURES WITH EVERY POST. YOU’RE WELCOME.