The way the mainstream media has treated Trump and the way they treated Obama shines a brilliant light on the grotesqueness of their pro-Democrat, anti-Republican bias.

Eight years ago, this same media couldn’t say enough good stuff about their man Barack.  Here are just a few of the many, many nauseating examples:

Comments Off on The First Hundred Days

“Don’t count your chickens before they’re hatched.” I must have heard that particular Grannyism at least once a day. I had dreams about all the stuff I was going to buy as I built my night crawler empire, a quarter a dozen at a time. I was going to get my first car at 16. Our little garage band was going to sign a record contract and we’d have hot and cold running groupies. Needless to say, none of it happened.
Hillary Clinton’s course had been set since she and her criminal partner first polluted the White House in 1992. Ben. T. Penis would do his 8 years as president, and when the time was right, she was convinced her destiny would be to hold the same title. There were a few problems. Namely, they were the most corrupt duo ever to contaminate the nation’s capitol. He loved chasing women and having a good time. And he was a liar. A charming one, but a liar nonetheless. He was likeable enough.
She, on the other hand, was always imperious, abusive, greedy, and could never be rich enough. When he left office, Nita Lowey, who was slated to be the next senator from New York, was forced to step aside and hand the job to Mme. Pantsuit. Democrats outnumber Republicans in the Empire State by about 3 to 1, so it was a done deal. Came 2008, George W. Bush finished his second term. NOW’S THE TIME TO STRIKE!! Unfortunately, there was a young, charismatic liar from Chicago who had learned to use his partial blackness to full advantage. He outhustled her in the primaries by bringing in outsiders to stuff the early caucuses. By the time she got a foothold it was too late. As a consolation prize he handed her the Secretary of State gig to get her out of his way and give her a chance to take hundreds of millions of dollars worth of bribes from countries convinced she would follow the Kenyan half breed.
Hillary ran the worst presidential campaign ever

So guess what? In the last weeks before the election, the Hillary Clinton campaign did no polling. No. Polling. Whatsoever. Oh, it had data. Lots and lots of data. Analytics, even. Data analytics! But it had no independent information on the overall field of battle in states like Florida, Michigan, Virginia, North Carolina and Pennsylvania.

So when the election began to turn Donald Trump’s way, the Clinton campaign had no idea
Campaign honcho Robby Mook “was worried about overspending . . . so he declined to use pollsters to track voter preferences in the final three weeks of the campaign.” Mook had learned from his time on the Obama 2012 campaign, Allen and Parnes write, that “old-school polling should be used for testing messages and gauging the sentiments of the electorate and that analytics were just as good for tracking which candidate was ahead and by how much in each state.”
http://nypost.com/2017/04/18/hillary-ran-the-worst-presidential-campaign-ever/

The late deciders all came down to who they disliked more. They weren’t sure what they would get with Trump, but they knew they didn’t want Her Heinous.
‘Shattered’ is a must read about how her pre-ordained coronation went horribly wrong. Some of this you already knew, much of it you didn’t.
‘Shattered’ Charts Hillary Clinton’s Course Into the Iceberg
In their compelling new book, “Shattered,” the journalists Jonathan Allen and Amie Parnes write that Clinton’s loss suddenly made sense of all the reporting they had been doing for a year and a half — reporting that had turned up all sorts of “foreboding signs” that often seemed at odds, in real time, with indications that Clinton was the favorite to win. 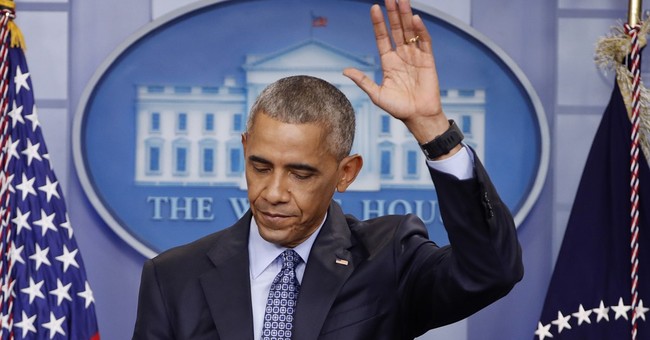 “He [Obama] couldn’t understand what possessed Hillary to set up the private e-mail server, and her handling of the scandal — obfuscate, deny, and evade — amounted to political malpractice,” the authors wrote.
Clinton’s actions, according to Parnes and Allen, reminded Obama of some of the “qualities” that helped him win the Democratic primary in 2008.
https://townhall.com/tipsheet/mattvespa/2017/04/19/political-malpractice-obama-couldnt-understand-clintons-handling-of-her-email-fiasco-n2314895

Hillary camp scrambling to find out who leaked embarrassing info
ALLEN AND PARNES HAVE STATED THAT THEY HAVE OVER 100 SOURCES OF INFORMATION THAT THEY BASED THE BOOK ON. APPARENTLY A LOT OF PEOPLE DIDN’T APPRECIATE THE ABUSE THEY HAD TO TAKE FROM HER.

One source said, “The knives are out to find the people who spoke about the campaign to the authors of this book. Dennis has been texting prominent campaign staffers, asking who talked. He’s on a witch hunt to find out who talked to save their own skin, throwing Hillary and her campaign manager Robby Mook under the bus.”
The source added, “There’s some speculation that Huma Abedin cooperated to save her own reputation. However, she and Hillary are still very close.”
She had an aide access the campaign’s server to check the emails from top staffers. “She believed her campaign had failed her . . . and she wanted to see who was talking to who, who was leaking to who.”
http://pagesix.com/2017/04/19/hillary-camp-scrambling-to-find-out-who-leaked-embarrassing-info/

Shattered: Inside Hillary Clinton’s Doomed Campaign could just as accurately been titled, Shattered: How a Pair of MSM Journalists Inadvertently Destroyed Their Credibility. The reason is that while authors Jonathan Allen and Amie Parnes are now somewhat frank in revealing the faults of Hillary Clinton’s 2016 presidential campaign, back when they were reporting on it they acted as cheerleaders for her.
As proof we have the first chapter of the book which went into detail on the background of the gymnastics that went into crafting via committee the banalities that went into Hillary’s lackluster kickoff speech on June 13, 2015 at Roosevelt Island, NY. After reading the harsh critique of a speech they conceded lacked vision, we shall review co-author Jonathan Allen’s glowing review of that same speech in 2015 that hailed its…vision.
…Hillary didn’t have a vision to articulate. And no one else could give one to her. In fact, the more people she assigned to the task of setting the tone for her campaign, the more muddled her message became
Finally this devastating summary by the book’s authors of Hillary’s lackluster kickoff speech:
She sprinkled in bromides about economic opportunity and how “prosperity can’t just be for CEOs.” But there was no overarching narrative explaining her candidacy, no framing of Hillary as the point of an underdog spear, no emotive power. “America can’t succeed unless you succeed,” she offered in a trite tautology. “That is why I am running for president of the United States.”

Whenever you question whether Trump is as conservative as you’d like him to be; whether you question his methods; thank your lucky stars and Almighty God that we don’t have to suffer that screeching harpy. 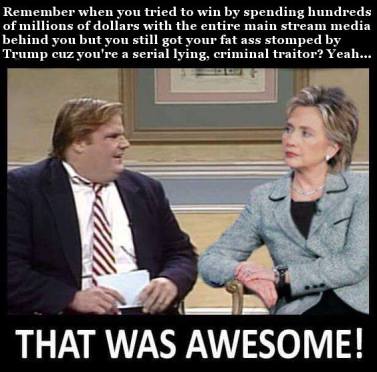 Was this supposed to be funny?

A Student Protest That Did Some GOOD

Whitworth University in Spokane, WA, bills itself as a Christian school of higher education.  But it offered for-credit internships at and was listed as a ‘community partner’ to Planned Parenthood.

No more!  Following protests and a PR campaign by the Whitworth University Students for Life group, the school has officially cut all ties with the abortion giant.

From Whitworth’s president:  “At the end of the current academic year, Whitworth will no longer offer credit-bearing service-learning placements or internships with the organization.”