And the award for stoopid goes to …

… Leftie hate-tweeters who crowed inappropriately about QB Tom Brady not attending the White House with his team today to celebrate their Super Bowl win.

This is what Brady himself had to say:

As for his “personal family matters” … his mom has cancer.

April 18, 2017:  President Trump signed his “Buy American and Hire American” executive order to maximize the use of American-made goods and American workers in all Federal financial assistance awards and Federal procurements.

April 19, 2017: President Trump signed into law S. 544: The Veterans Choice Program Extension and Improvement Act, so that more veterans can see the doctor of their choice and not have to wait and travel long distances for VA care.

This mom and sister to two wounded veterans is needing a tissue after listening to President Trump’s remarks and the follow-up comments by men at the signing.  “A nation will be judged by how it treats its veterans.”

Pro-Abort Steals From Then Drives Into Catholic Priest

On April 8, 2017, Father Joseph Klee, a Parish Priest at Sacred Heart Catholic Church, was injured and almost run over by Michelle Davis, a local abortion clinic volunteer, after she stole Father Klee’s lawfully displayed anti-abortion signs from the public sidewalk.

The incident took place in front of Founder’s Women’s Center in Columbus, OH.

Video footage clearly depicts Ms. Davis stealing Father Klee’s pro-life signs and attempting to speed off with them. Ms. Davis injures Father Klee by almost running him over as he attempts to retrieve his property. Blood is clearly seen dripping from Father Klee’s hand.

Davis, a local abortion facility volunteer, has been charged with theft and with miscellaneous incident (assault).

You KNOW that if the roles had been reversed, this would have been ALL OVER THE MSM NEWS.  Instead, neither the abortion facility where this woman works nor the news media have had diddly to say.

I was puzzled by this, since the district is said to be traditionally Republican.  I looked up the ballot and found there were 18 people running for that seat in Georgia yesterday.  More than half (11) were Republicans.  Five were Democrats and two were Independents.

This is the top of the ballot results.  The rest of the contenders got 0.3% or less.

Democrats are hopeful about the run-off, but it’s hardly the shoo-in one might think from the Ossoff vs. Handel numbers above.

Given Hillary’s recently whinging about misogyny, it’ll be fun to see what the Dems say if the male Democrat loses to the female Republican.

Comments Off on The Georgia Ballot

You complain about long lines and lousy service at the post office and the DMV, but you’re sure our health care system would work better if government ran it.

You deplore cultural appropriation by white women who wear their hair in dreadlocks, but think it’s fine when black women straighten their hair or color it blonde.

You support a mandatory minimum wage because employers are stingy and greedy, while also believing that employers pay men more than women for doing the same job.

You think Christianity is inherently violent and Islam is a religion of peace.

You think the United States is unjust, oppressive, tyrannical, and downright nasty, and you favor open borders so everyone who wants to come to the U.S. can do so.

You believe the Violence Against Women Act is necessary because women need protection from men, but you favor the armed forces putting women into combat.

You think sexual orientation is immutable but gender is fluid.

You think a 12-year-old should be able to have an abortion without telling her parents… while also believing that Happy Meals shouldn’t contain toys because children are immature and make poor choices.

You approve of U.S. citizens undergoing rigorous background checks before purchasing firearms, but you think foreign refugees should be allowed to enter the U.S. without any vetting.

You believe that one in four female college students will be victims of sexual assault… yet you favor allowing biological males to use women’s locker rooms.

You oppose the death penalty for convicted murderers but favor it for unborn children.

You can detect the secret motivations of conservatives, Christians, and anyone else who has the effrontery to disagree with you… but you’re clueless as to what motivates militant Islamists who make no secret of their motives.

You think guns are evil, and can’t see why anyone should have one… but if an intruder were trying to break into your home, the first thing you would do would be to call someone with a gun.

You think burning the American flag is free speech, protected by the First Amendment… but if anyone burned a rainbow flag, you would consider it a hate crime.

You consider reparative therapy for gays to be a human rights abuse, tantamount to torture… but you consider gender reassignment surgery to be a fundamental human right, and think it should be provided free of charge to anyone who wants it.

You applaud fashion designers who refuse to design for Melania Trump… but you think florists, bakers, and photographers who choose not to provide services for same-sex weddings should lose their businesses, their homes, and their life savings.

You say that men aren’t qualified to have an opinion on the legality of abortion, since men can’t get pregnant… conveniently forgetting that abortion was legalized by seven men on the Supreme Court.

Close, But No Cigar

Well, they won another special election… almost. 30-year-old carpetbagging puppet Jon Ossoff garnered 48% of the vote in the Ga.-6th election yesterday. Since he did not overcome the 50% threshold to avoid a runoff election the liberals pissed away almost $9 million. Well, it’s only money. He will now face another contest on June 20, not against 11 republicans, but one — Karen Handel, former secretary of state who ran for senator and governor previously. It is likely the heavily republican district will coalesce around her, making her the heir to HHS Secretary Tom Price.

In the end, Ossoff ended up pulling in less than 50%, with totals showing him at 48.6% after a huge dump of votes came in from Fulton County around midnight, leading to numerous outlets to project this as heading to a runoff. Republican Karen Handel was second at 19.5% and will be his opponent in a June runoff.
This has been a race that Democrats have been targeting since it opened up, as President Donald Trump won it by less than two points in November. Millions of dollars have been pumped into the Democratic campaign. Meanwhile, Trump has taken to Twitter to weigh in on the race in an effort to energize Republicans.

[CtH: This is from MSN, which was anti-Trump/pro-Hillary.  IOW, this is the best spin they could come up with.  ::snork::  My fave line: “A female Republican politician probably wasn’t his preferred choice for the runoff.”  No, really?]

1. This isn’t a win, and it isn’t a loss. It is a “to be continued.”
2. Ossoff will have a reasonable chance of winning in June.
3. This is not a great result for Republicans. Moral victories are a myth, but they can tell us things about other, similarly situated contests.
4. Ossoff did have unique advantages
5. It’s early. Perhaps most importantly, it is early. Despite protestations to the contrary, we don’t know where President Trump’s job approval will be in the fall of 2018.

Democrats begin to wonder: When do we win? 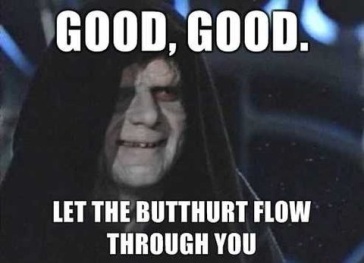 For all the roiling anger and energy at the grass roots, the party still fell short in Georgia and Kansas. And Democratic prospects in upcoming elections aren’t promising.

For all the anger, energy, and money swirling at the grass-roots level, Democrats didn’t manage to pick off the first two Republican-held congressional seats they contended for in the Trump era, and the prospects aren’t markedly better in the next few House races coming up: the Montana race at the end of May, and the South Carolina contest on June 20.

After that, it’ll be a further five months before the New Jersey and Virginia elections for governor, leaving some strategists and lawmakers wondering how to keep the furious rank-and-file voters engaged in fueling and funding the party’s comeback — especially given the sky-high expectations that surrounded Ossoff’s ultimately unsuccessful run at the 50-percent threshold that was necessary to win the seat outright.