The Devil Went Down to Georgia

Another Tuesday….another special election…..another pathetic display by a political party so desperate for any kind of positive news they’ll pour $10 million into a House race for a seat the republicans have held for 40 years. Tom Price was appointed HHS director by President Trump and this was his seat. After the democrats congratulated themselves by “only” losing a special election last week in Kansas by 8 points they really, really hope to win this one. It’s an open election where if no one candidate wins 51% of the vote the top two have a runoff. 80-90% of the cash poured in to this election is from outside sources. Around the webs:

Trump raises the stakes in GA special election today
Welcome to another Tuesday, another special election, and another opportunity for speculation about whether Donald Trump and Republicans are really in trouble this time. Voters in Georgia’s 6th District go to the polls today for the all-in primary that pits 18 candidates against each other to replace Tom Price, now Health and Human Services Secretary for the Trump administration. Democrats have poured over eight million dollars into the race, and have to hope that Jon Ossoff will get to 50% today to avoid the runoff:
It’s a foregone conclusion that Ossoff will win a plurality today. The Republican vote will get split among eleven candidates. Democrats hoped to get a massive turnout from their side in today’s race to get to the 50% mark, which is why so much cash has flowed into a House special election. Unfortunately for them, Ossoff hasn’t polled outside of the low 40s in the R+8 district, so that strategy required Republicans to sit at home — or to have Democrats turn out in massive numbers. In a special election, that could happen, and might catch Republicans napping.
http://hotair.com/archives/2017/04/18/trump-raises-stakes-ga-special-election-today/

Hollywood has even come out for the off-cycle vote, with actor Samuel L. Jackson cutting a radio ad urging voters to flip the seat once held by Republican Tom Price, who is now Trump’s health secretary.

Hopeful ABC: Special Election Win Could Mean ‘Real Chance’ Dems Take Congress
The journalists on Monday’s Good Morning America excitedly predicted that a special election in April of 2017, 18 months before the midterm elections, could mean a “real chance Democrats take back Congress in 2018.” Discussing Democrat John Osoff’s chances in Tuesday’s Georgia House race, Matt Dowd enthused: “Can he win it without a runoff? If a Democrat wins that district in Georgia, there’s real chance Democrats could take back Congress in 2018.”

A highly energized effort by the Democrats that has raised more than $8.9 million from around the country for thirty-year-old Jon Ossoff has caught the Republican leadership napping .
This puts the young Democrat within striking distance of the 50 percent plus one he needs to win the crowded Sixth Congressional District special election “jungle primary” in Georgia to replace Republican Tom Price, now Secretary of Health and Human Services, outright on Tuesday.
http://www.breitbart.com/big-government/2017/04/17/heavy-funding-for-dem-jon-ossoff-catches-republicans-flat-footed-in-georgia-special-election/

CBS Hypes Young Democrat in Georgia Primary, ‘Hopes’ Are ‘Invested’ in Him

It’s not the first time CBS had thrown its weight behind a candidate just before a close election. In the run up to the 2016 presidential election, CBS touted Clinton’s ‘Get Out the Vote’ efforts in early voted Iowa. “Early access to the polls in Iowa was not lost on the Clinton campaign today,” Pelley touted back in September. Just a few days before the 2016 election, Pelley was greatly concerned that African-Americans wouldn’t turnout in the numbers needed for Clinton to beat Trump.
http://www.newsbusters.org/blogs/nb/nicholas-fondacaro/2017/04/17/cbs-hypes-young-democrat-georgia-primary-hopes-invested-him

Ossoff is a former congressional staffer for Rep. Hank Johnson (D, Ga.) (YOU KNOW,THE DUMBASS WHO SAID GUAM WOULD TIP OVER IF EVERYBODY WENT TO ONE SIDE OF THE ISLAND), who once compared Jewish settlers in the West Bank to “termites.” Ossoff has touted his national security credentials on the campaign trail, initially claiming he spent five years as a national security staffer with Johnson with access to classified information. The candidate later admitted he had misrepresented his record, only working as a full-time aide for about half that time while holding a security clearance for his final five months of the job.
http://freebeacon.com/politics/trump-enters-fray-georgia-special-election-attacks-ossoff/ 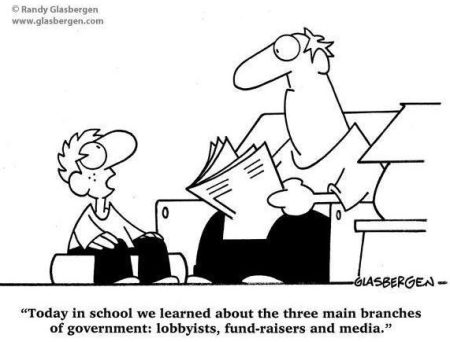 14 responses to “The Devil Went Down to Georgia”