A black waitress received thousands of dollars in donations after she claimed she received a racist note and no tip.

The patron’s lawyer says the note was forged.

Comments Off on Another scam

If you really care about women’s rights …

… you should be PRO-Israel and ANTI-Muslim.

Comments Off on If you really care about women’s rights …

Same as the Old Boss

The Democratic party chose their new leader yesterday. The white-hating, Clinton- and Obama-backed, communist candidate, Tom Perez, defeated the Jew-hating, Sanders-, Schumer- and Black Lives Matter-backed, Muslim candidate, Keith Ellison.  Perez’ first act as DNC Chair was to suck up to the Muslim Ellison and make him his co-chair.

“We don’t have the luxury of walking out of this room divided,” Ellison said over the jeers. Afterward, he told reporters he trusts Perez and that the burgeoning resistance movement aimed at President Donald Trump should do the same.

“We suffer from a crisis of confidence … a crisis of relevance,” Perez told DNC members ahead of his election.

Thank you, Wikileaks! Just 18 minutes after a new DNC chair was chosen, Wikileaks tweeted out a link to emails exposing Tom Perez for sabotaging Bernie Sanders during the 2016 campaign. Bernie Sanders supporters took to twitter to protest with the hashtag #Demexit :

Perez is a total scumbag! We have so much information on this La Raza pro-illegal former Obama Labor Secretary.

Tom Perez Has A Strong History Of Racism

New DNC Chair, Tom Perez, fits right in with the values of the Democratic party, especially when it comes to victimizing minorities and labeling white people as privileged.

An investigation into Perez revealed extreme views he holds according to A Review of the Operations of the Voting Section of the Civil Rights Division conducted by the Office of the Inspector General Oversight and Review Division in March of 2013.

Perez told investigators that white people were not entitled to protection under the Voting Rights Act according to a report from the Washington Free Beacon.

The race split along establishment-grassroots lines and in many ways mirrored the divisive 2016 presidential primary between Sen. Bernie Sanders (I-Vt.) and Hillary Clinton.

Sanders and many of his allies backed Ellison, the first-ever Muslim elected to Congress and a star on the left.

“Congratulations to Thomas Perez, who has just been named Chairman of the DNC. I could not be happier for him, or for the Republican Party!” Trump tweeted on Sunday, sparking a response from the new DNC chairman.

Perez Tells Trump He’s Going to Be His ‘Worst Nightmare’

In response, Perez, the former Obama labor secretary, told Trump to wipe the grin off his face. He, his deputy chair Keith Ellison, and all Democrats are now a united front, he argued.

Call me Tom. And don’t get too happy. @keithellison and I, and Democrats united across the country, will be your worst nightmare.

Perez can talk a big game, but even his own party is dissatisfied with the new leadership. The former labor secretary, they argue, represents the establishment wing of the party. Ellison would have been the only true “grassroots” leader. What’s more, the DNC voted to continue allowing corporate cash to flow in, proving they’re not so “progressive” after all.

OH, YEAH. THE OSCARS ARE TONIGHT, IF ANYBODY’S INTERESTED. I’M NOT.

The Stars of Sexist and Racist Hollywood Shine Bright Tonight 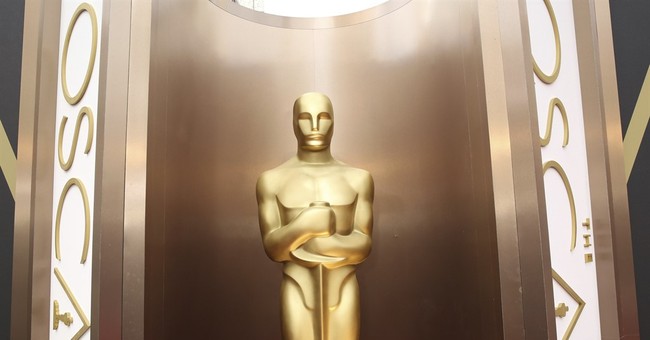 Tonight, after strolling down the red carpet and preening for the bulb-popping paparazzi, the kings and queens of Hollywood will honor their fans with many tedious televised hours of congratulating and awarding themselves.

Whenever the subject of requiring voters to produce a photo ID comes up, Democrats scream how RAAAAAAACIST it is.

The Obama administration actually joined in on a lawsuit filed against Kansas, Alabama, and Georgia, when these states altered the rules to require their residents to show a photo ID before registering to vote.

But yeah … besides all that.  Ahem.

So you’ve probably heard that the Dems had a pow-wow to elect their new chair.

The next big Trump-Won-Butthurt event

On March 8, Trump Haters are going to have a Day without a Woman.

Women around the country are being urged to walk off their jobs and spend their day “blocking roads, bridges, and squares, abstaining from domestic, care and sex work” and “boycotting” pro-Trump businesses while wearing red.

It was co-authored by: