A new sheriff is at the EPA 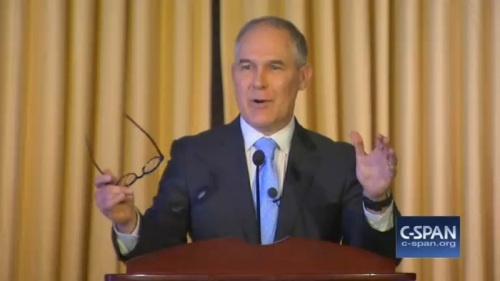 The new EPA administrator, Scott Pruitt, told a crowd of career bureaucrats that the EPA will follow the law, not invent it.

This will be a dramatic departure from the EPA of the last eight years under Barack Obama, who used the agency to regulate massive swathes of land, water and resources, placing them out of reach of state control.

President Donald Trump’s executive orders will officially be rolling back the Obama-era policies on climate change and water pollution and Pruitt intends to implement the changes.

Comments Off on A new sheriff is at the EPA