“I see the point of the many Progressives outraged by Ted Cruz’s reminder today that the Democratic Party was once the home of the Ku Klux Klan.

“After all, that was when the KKK used terrorist tactics and threats of violence to intimidate Republicans, even some White ones, into swearing to only support Democrat candidates and Democrat causes.

“Shame on Cruz for bringing up this ugly history. Things are so obviously different today.”

I do love writing that “former” part!  As for the drooling, ewwwwwww.

Feb 7, 2017:  “It’s well documented that Obama is pretty good at basketball, but the video proved that the 55-year-old former leader of the free world is pretty much a natural on a kiteboard, as well.” — Washington Post

1 Pinocchio:  Obama is far from “a natural on a kiteboard,” as the video reveals.  Despite excellent conditions and two days of practice, he still fell multiple times.

2 Pinocchios:  Neither is he much of a basketball player.  Reggie Love, Obama’s former body man who played basketball at Duke, said he “lacks in physical capabilities.”  In 2013, while showing off to a bunch of kids, Obama sunk 2 out of 22.

3 Pinocchios:  He’s also a rotten bowler.  On the campaign trail, he bowled a 37.

4 Pinocchios:  Despite playing 300+ rounds while in office, he’s no great shakes as a golfer.  Michael Jordan, who is an actual athlete, said Obama is a “hack” and a “sh***y golfer.”

5 Pinocchios:  Obama tried more than once to do a major league first throw that didn’t hit the dirt or go wild.  I’m unaware of him ever putting it over the plate the way Dubya did.  He also claimed to be an avid Chicago baseball fan, but could not name a single White Sox player and referred to Comiskey Park as “Kaminsky Field.”

The media told FORTY lies last week, for a total of SEVENTY-SEVEN separate incidents of Fake News in just three weeks.  Here’s the run-down (see details at link below):

While they were walking from the Metro train station to the local parish where they were staying during their trip to D.C. for the March for Life, these Catholic youth were attacked and robbed by a gang of teens.

Two of the adult chaperones had to be hospitalized for significant injuries.

Rather than hate, the group chose to unite with Christ in His Passion and suffering.  Through prayer, the young people have been able to work at forgiving their attackers and have authentic regard for their spiritual welfare.

Read more about their ordeal and the inspiring way they responded to it.

Comments Off on Workers of Mercy: Forgiving Offense

Filed under Christianity, Workers of Mercy

Turn Your Attention to Ring #2, Please

Yesterday may be most aptly described as a three ring circus.

Ring #1 had the Democrat hissy fit failing to stop the confirmation of Betsy DeVos as Education Secretary.  Undeterred, they continued to stomp their feet and act less like the most deliberative body in the nation and more like kindergartners desperately in need of a nap. Today they aim their anger at AG nominee Jeff Sessions. Dizzy Lizzy Warren made such an ass of herself she’s not allowed to speak at all today.

Ring #2 had three liberal hacks in black robes assuming to dictate immigration policy and decide if the president should be tasked with what kind of freeloaders are allowed into the country or will they? The questions ran far afield as they grilled government representatives when they shouldn’t even be hearing the case.

Ring #3 was what CNN termed as a debate on Obamacare between Senator Ted Cruz and Bernie “the brain” Sanders. It wasn’t much of a contest as Cruz had his facts in order and poor Bernie had 3 weak talking points. It was 90 minutes of an old socialist taking a beat-down.

Majority Leader Mitch McConnell said on the Senate floor Tuesday that Warren had violated the upper chamber’s rules as she delivered a harsh speech opposing the nomination of Sen. Jeff Sessions (R-Ala.) for attorney general.

“Tonight I wanted to read that letter, and Sen. Mitch McConnell and Republicans came to the floor to shut me down for reading that letter,” Warren said in a Facebook Live video late Tuesday night. “So right now what I’d like to do outside the Senate, I just want to read the letter.”

“I will not be silent while the Republicans rubber stamp an AG who will never stand up to the @POTUS when he breaks the law.”

Speaking on the Senate floor, Warren quoted from 30-year-old correspondence from Coretta Scott King relating to Sessions’ failed judicial nomination in the 1980s. It was part of a barnstorming speech by the Massachusetts Senator against Sessions’ suitability for the post and attacking his record on civil rights.

Mitch McConnell, the Republican majority leader, objected that Warren had broken Senate rules that prohibit one member impugning the conduct of another. Senators then voted 49-43 to uphold a ruling in McConnell’s favour.

He asked the court to ‘immediately’ lift a judge’s injunction or, a the very least, reinstate the part of Trump’s order that ‘extends beyond people who are in the US or who have been in the US.’

President Trump: We Are at Risk Because of Legal Fight Over Travel Restrictions

The president opened his speech reading the federal law that gives him the right to suspend entry of any class of aliens into the United States.

It was a debate for the ages. Texas Senator Ted Cruz, a constitutional conservative versus Soviet-style socialist Bernie Sanders on CNN Wednesday night over the future of the failed Obamacare debacle.

It was such a bloodbath for Soviet Sanders — so much so that leftist CNN decided not to have a discussion panel after the much-ballyhooed debate event and Twitter decided to downplay by refusing to trend any of the relevant hashtags that normally would go viral.

As expected, CNN filled the audience with sob stories from people touting Obamacare as the second coming.

Ted Cruz treated them with compassion, grace, and logic in responding to their concerns about the repeal of Obamacare and the replacements being discussed that would not negatively affect their current coverage.

When some in the audience gave specific personal testimonies how their lives were damaged by Obamacare, heartless socialist Sanders treated them like the number they would be under socialized medicine, often turning to his Marxist talking points to bail him out when he had no logical answer to the failed Democrat Party disaster.

VIDEO OF THE ENTIRE MASSACRE AT LINK

DON’T GO TO A DEBATE WITHOUT IT

WATCH THIS OLD GOAT GET HIS LUNCH EATEN

THIS IS THE CONDENSED VERSION….FOR THOSE WHO CAN’T STAND THE SIGHT OF BLOOD

“It’s interesting, you look at this map, this also very much looks like the electoral map that elected Donald Trump,” Cruz said, holding up the map of the counties.

“It’s really quite striking that the communities that have been hammered by this disaster of a law said, ‘Enough already.’”

WHAT DO YOU EXPECT FROM THE COMMUNIST NEWS NETWORK?

“Senator Cruz, can you promise me that you and the Republican leaders in congress will have – actually have a replacement plan in place for people like me who depend on their Medicaid? In other words, I like my coverage, can I keep it?”

Below is a close up of the question that was asked to Senator Ted Cruz. The email is from a Gmal account as you can see from the top of the paper. The subject line reads “Your Question,” as the two photographs below show. 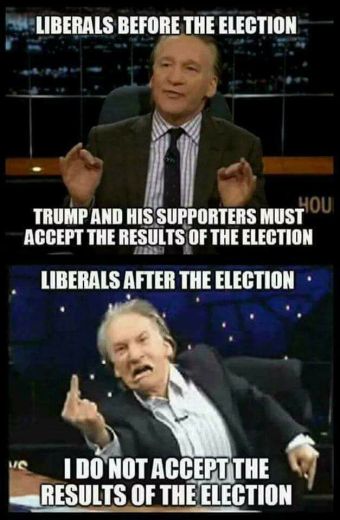 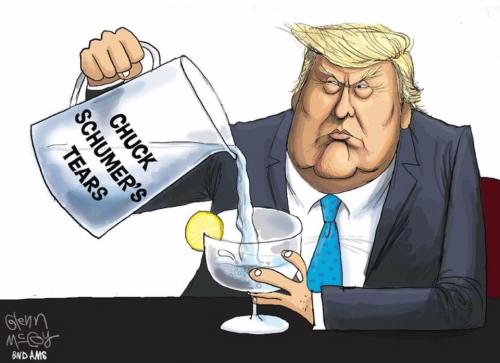