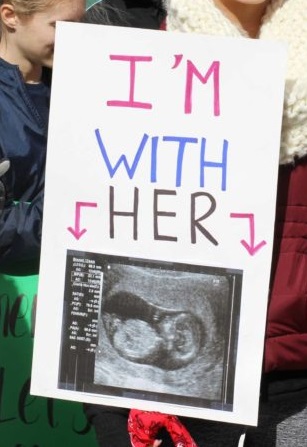 A family at this year’s March for Life reported seeing a young woman and two young men carrying pro-abortion signs ahead of the march.

As the three pro-abortion protesters walked up the streets in downtown D.C., they noticed the Created Equal display showing photos and video images of aborted babies.

The woman stopped dead in her tracks and started to cry. Then, she put down her pro-abortion sign and picked up a pro-life sign.

The two men left her alone and crying, but some pro-lifers approached and showed her love and support.

Call me crazy, but I’m guessing none of the pro-lifers who crashed the Women’s March had their beliefs flipped 180°.

Comments Off on March for Life: Changing Hearts and Minds