They voted FOR Gorsuch in 2006

Democrats are preparing for all out war against President Trump’s Supreme Court nominee Neil Gorsuch and Minority Leader Chuck Schumer is leading the way.

But when Gorsuch was nominated to serve on the U.S. Court of Appeals by President George W. Bush in 2006, he was confirmed unanimously (95-0) in the Senate. 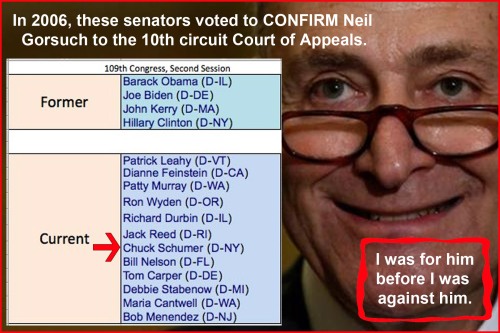 Comments Off on They voted FOR Gorsuch in 2006