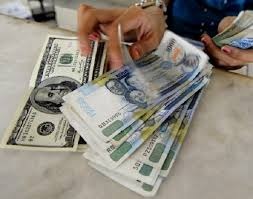 Mexico’s President Nieto didn’t like Trump’s executive orders about immigration and the border wall, so early on Thursday, he canceled their upcoming meeting.

He tweeted, “We have informed the White House that I will not attend the working meeting planned for next Tuesday with @POTUS. Mexico reiterates its willingness to work with the United States to reach agreements that favor both nations.”

Unfortunately for Mexico, President Nieto’s position did not sit well with the global currency market.

As of about noon ET on Thursday, the peso had dropped more than a whole percentage point against the U.S. dollar, exchanging at a rate of roughly 21.31 pesos to the dollar

Comments Off on Dollars to Pesos