Watch out for this phishing scam

Comments Off on Watch out for this phishing scam

Upon learning that this is a scam, I removed my blog “Astroturf Is Back!”  I admit it … I fell for it and I’m a DOPE!  So glad Dearest alerted me so I could correct my stupidity and take my lashes.

A man claiming to lead a group that pays protesters millions of dollars a year was confronted and exposed as a fake by Tucker Carlson.

“This is a sham, your company isn’t real, your website is fake,” Carlson said, “This is a hoax.”

Video [7:22] well worth watching, if only to watch Tucker’s reactions to this guy’s reference to Peyton Manning and the Roswell documents!  This guy thinks he is sooo cute for getting people to fall for his lies.

Me, I’m way more on the side of “God hates lies.”  This country is suffering enough from the fake news pushed at us by CNN, etc.  We do NOT need jokers like this muddying the water.  Also I hate being made the butt of some butthead’s joke, so there’s that. ::grrr::

Gosnell — who has been called America’s “most prolific serial killer” — operated what the 300-page grand jury report later called a “baby charnel house,” in which he regularly killed babies born alive at his clinic, which itself was staffed with inexperienced nurses and littered with blood-stained furniture and the remains of fetuses stored in basement freezers. Gosnell was later convicted of three counts of first-degree murder and hundreds of lesser charges, and in 2013 was sentenced to life in prison without the possibility of parole.

But before the film comes out, McAleer and McElhinny will release Gosnell: The Untold Story of America’s Most Prolific Serial Killer, through Regnery Publishing on January 24. The book details the investigation that ultimately brought Gosnell down, and also examines the mainstream media’s reluctance to cover the story due to its subject matter.

In this exclusive excerpt from the forthcoming book, McElhinney describe how she came to investigate Gosnell’s story and why it changed her thoughts about the practice of abortion forever.

Comments Off on Update: The Gosnell Movie

The contrast between the old president and the new one is stark. The old has not done anything that comes to mind… ANYTHING… in his entire tenure to actually make things better for all Americans, not just Muslims, violent predators, and every tinpot dictator on the planet.

Trump realized when he first ran for office it would be no bed of roses. The left and their house organs despise him and will devote their every waking moment his entire term to attacking him. Any other Republican would be walking on eggshells, trying to avoid criticism, to no avail. Trying to defend themselves every time they’re accused of racism, sexism, homophobia, etc. is sport to the media shills.

The Donald is different. He’s not in anybody’s pocket. He asks no one’s approval. He couldn’t care less what they say or do. In an interview he taped with FNC’s Ainsley Erhart due to air tonight he was asked about Penis Head Lewis and the 1/4 of Congressional Democrats who are boycotting his inauguration. He said “Good. More room for people who support me.”

He doesn’t take office for two days yet but he’s already done more to put Americans back to work than the worthless piece of garbage who’s about to take another vacay to Palm Springs.

“As far as other people not going, that’s okay cuz we need seats so badly! I hope they give me their tickets, are they going to give us their tickets?”

Earhardt: “You’re okay with them not going.”

The number of companies announcing investment — and in many cases a return to investment — in the U.S.A. with a corresponding rush to create jobs for Americans has continued to grow even before President-elect Donald Trump takes office.

In the weeks after his election on November 8, a series of large corporations announced major initiatives to expand in the U.S. but, since then, the number has only grown.

Walmart has announced that it will invest $6.8 billion in the United States and create 10,000 more jobs for Americans in stores and e-commerce, a strong response to the victory of President-elect Donald Trump.

The investment will create 59 new or relocated Walmart and Sam’s Club stores throughout the country which will in return create an estimated 24,000 construction jobs, the company said in a statement.

Separately, the companies promised to spend $16 billion for research and development in agriculture over the next six years with half of those funds dedicated to the U.S.

Hyundai Motor and Kia join a growing list of automakers announcing investments in the U.S., even though they have yet to be singled out by Trump. Toyota Motor Corp., Ford Motor Co. and Fiat Chrysler Automobiles NV said this month they’ll spend on U.S. plants after the president-elect threatened for months to slap Mexico-built vehicles with a 35 percent import tax. Carmakers are eager to cooperate with the incoming administration as they prepare to ask for favors including weaker fuel economy rules and lower corporate taxes.

Trump Wants ‘The People’ at the Inauguration, Not Celebrities

President-elect Donald Trump told Fox News’ Ainsley Earhardt in a Wednesday interview that the celebrities who refuse to attend his upcoming inauguration were not invited anyway.

IT WILL BE ENJOYABLE WATCHING THE VULTURES TRY TO GET UNDER HIS SKIN. THEY DIDN’T MAKE HIM A SUCCESS, THEY CAN’T TAKE IT AWAY. 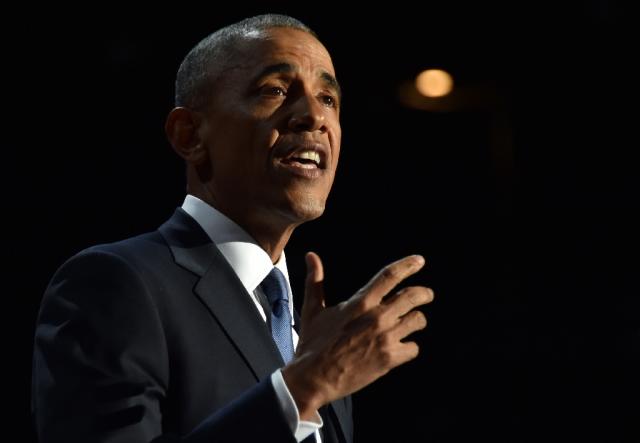 Betsy DeVos, Trump’s nominee for Education Secretary, is currently being grilled as required before she can face a vote. Conservatives balked at first because she had been in favor of Common Core, the brainchild of leftists intent on completely controlling how students think. When she was first introduced, she declared her opposition to it. What is not in dispute is she is in favor of local control of schools and an advocate for vouchers for poor kids to escape the failing public system.

Betsy DeVos, Trump’s education pick, lauded as bold reformer, called unfit for job
The Senate education committee was deeply divided over ­President-elect Donald Trump’s pick for education secretary at her confirmation hearing Tuesday evening, with Democrats attacking Betsy DeVos as unfit for the job and Republicans defending her as a bold reformer.

DeVos is an unusually polarizing nominee to helm the Education Department. She has lobbied for decades to expand charter schools and taxpayer-funded vouchers for private and religious schools, but she has no professional experience in public schools and has not held public office.

In his introduction of DeVos at Tuesday’s hearing, Joseph I. Lieberman, the Democratic nominee for vice president in 2000, argued that her status as an outsider is an asset.

The Democrat Party has been in the pocket of their most powerful ally, the teachers union, for decades. Quite naturally, they are doing their utmost to try to savage this nominee.

Sanders also grilled DeVos about whether she was qualified for the post. The senator, who has received more than $140,000 from the National Education Association and American Federation of Teachers, questioned whether her family’s political donations played a role in the nomination.

“I don’t mean to be rude, but do you think if you were not a multi-billionaire, if your family has [sic] not made hundreds of millions of dollars in contributions to the Republican Party that you would be sitting here today?” Sanders asked.

“As a matter of fact I do think that there would be that possibility. I have worked very hard on behalf of parents and children for the last almost 30 years,” she said.

The NEA spent more than $35 million to help Hillary Clinton and national Democrats in 2016, making it one of the top 10 biggest spenders in the country, according to the Center for Responsive Politics. Sen. Bernie Sanders (I., Vt.), an avowed socialist and Clinton’s sole serious challenger in the 2016 primary, has been the biggest career recipient of NEA money on the committee, raising more than $100,000 from the union’s PACs, employees, and members over the course of his career. Those donations have made NEA one of his 20 largest career contributors.

HEATED: Al Franken to Betsy DeVos: “It Surprises Me That You Don’t Know This Issue”

I ONLY POSTED THIS BECAUSE IT IS MERCIFULLY SHORT.  THE DEMOCRATS WERE ANGRY BECAUSE THEY WERE ONLY ALLOWED 5 MINUTES EACH TO ASK QUESTIONS, NOT NEARLY ENOUGH TIME FOR THESE INQUISITORS TO MANAGE TO DRAW SIGNIFICANT BLOOD. I DIDN’T BOTHER TO POST ANY MORE, SINCE THEY ALL HAVE THEIR TALKING POINTS FROM THE UNION AND THE PARTY.