Apparently my spell-check is on the fritz. 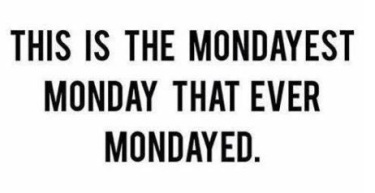 The Warren plant will make the new Jeep Wagoneer and Grand Wagoneer large SUVs. A plant in Toledo, Ohio also will get new equipment to make a new Jeep pickup.  The move by Fiat Chrysler follows a similar recent announcement made by a competing auto brand.

The incident, which occurred Sunday and was first reported by Reuters, comes as U.S. President-elect Donald Trump prepares to take office on Jan. 20. In September, Trump vowed that any Iranian vessels that harass the U.S. Navy in the Gulf would be “shot out of the water.”

The Navy destroyer fired warning flares and a U.S. Navy helicopter also dropped a smoke float before the warning shots were fired.  The Iranian vessels came within 900 yards (800 meters) of the Mahan, which was escorting two other U.S. military ships, they said.

The spoof, titled “Millennial International: Sponsor a Millennial Today” hits on all of the stereotypes surrounding millennials. And, while it’s really not fair to lump all the millennials into one category, they can thank their spoiled snowflake peers for the bad press.

“Am I capable of having a job? Sure,” Declan said. “I just feel like maybe employment right now would be stifling my creativity.”

“If it wasn’t for the program, I’d have to get a job—or worse, start a GoFundMe,” he added.

There is no longer a jobs market for degree holders in unicorn breeding and rainbow identification.

Mrs. Clinton, accompanied by her husband, former President Bill Clinton, and their daughter, Chelsea, received several ovations from the sold-out audience as she arrived, and then another round of applause when she was acknowledged by the cast after the show. 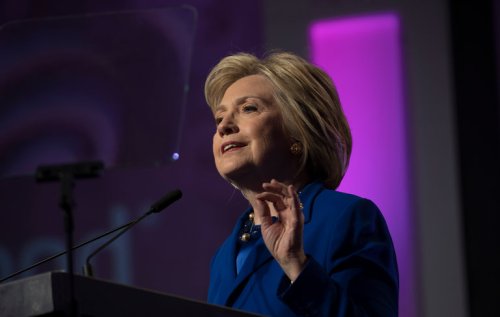 Farewell to a Decade of Media Drooling Over Barack Obama

From the moment then-state senator Barack Obama showed up on the national stage to address the Democratic convention in 2004, the news media were in love.

“It’s almost hard to remain objective because it’s infectious, the energy, I think.”

As a candidate, the Associated Press celebrated Obama as “something special,” while as President-elect, the Washington Post drooled over his “chiseled pectorals,” on display during a vacation in Hawaii.

“He transcends the racial divide so effortlessly that it seems reasonable to expect that he can bridge all the other divisions — and answer all the impossible questions — plaguing American public life.”

[CtH: And, eight years later, 14½ million more Americans are out of work than when Mr. Hope and Change took office, 25 million Americans are still without health insurance, domestic violence is rampant, we’ve endured a record number of terrorist attacks and entered a record number of wars, and the racial and political divides are worse than ever.  Answering questions plaguing American public life?  More like being the plague on American public life!]

“On the bus ride along the snowy road to Lebanon, New Hampshire, I showed him this week’s Newsweek, hot off the presses. [to Obama] How does this feel, of all the honors that have come your way, all the publicity?…Who does it make you think of? Is there, is there a loved one?”

Van Susteren told her longtime pal and new colleague Rachel Maddow last week that she hopes to bring in many of her former viewers over from Fox, and the lines drawn between Fox News and MSNBC didn’t end there.

[CtH: Fat chance, Greta. If anything would convince me that she’s an idiot, it’s that she left the cable news leader Fox for the cable news joke MSNBC.]

Van Susteren revealed that on her first episode she’ll be sitting down with Valerie Jarrett and Reince Priebus. “And, to steal a phrase you may have heard before, I consider it fair and balanced.”

SHE’S GOING TO REALIZE SHE’S DESCENDED FROM THE PENTHOUSE TO THE OUTHOUSE.