Comments Off on I’m offended!

Dirty Tricks: Nixon was an amateur

Remember that part in All the President’s Men about “rat f***ing”?  Yeah, that’s what this is.  On steroids.

Rigging the Election I – Clinton Campaign and DNC Incite Violence at Trump Rallies [16:26]

Comments Off on Dirty Tricks: Nixon was an amateur

Maybe I’m naive and maybe I’m wrong, but I agree with Santorum, that control of curriculum standards should be at the grass roots level.  I also believe in giving parents tuition vouchers that apportion to each school-age child a fair share of the education tax dollars.  Let them spend those dollars where they choose.  If a local school is doing well, parents won’t take their kids out.  But lousy schools will very quickly fail, as they should.

When I first begin my daily foray into the world of the interwebs I always have the television on for background noise. It is very educational to see the wide array of wonderful products that are available thanks to our capitalist system. You can buy a pan that you can melt a plastic cup in and not have it stick (though if you’re serving melted plastic for dinner, don’t bother to invite me), you can cut the bottom out of a boat, replace it with a screen, spray some rubberized gunk on it, and fly through alligator-infested swamps, there is a spray that’s called something like ‘poo-gone’, or something. I mentioned it while the family was over for Christmas dinner — my kids all knew what it was (I raised them right) and today I saw a commercial for a lighted toilet so men wouldn’t miss the bowl if they went without turning on the light. American ingenuity is truly amazing.

THESE DICKHEADS ARE SO TIRESOME
“Senator Sessions has callously ignored the reality of voter suppression but zealously prosecuted innocent civil rights leaders on trumped-up charges of voter fraud,” Brooks said in a statement ahead of his arrest.
A reporter for Mobile’s Lagniappe newspaper confirmed that arrests were occurring and a livestream from the NAACP showed multiple protesters being put in zip tie handcuffs.
BREAKING THE LAW MAKES YOU A HERO IF YOU’RE A LIBERAL

Hezekiah Johnson, the head of the NAACP’s Birmingham chapter, said the decision to stage a sit-in on Tuesday was part of its plan “not to remain silent on this critical matter,” accusing Sessions of suppressing black votes in Alabama three decades earlier.

Hillary WILL go to Trump inauguration – and so will Bill: Bitter Clintons accept invitation after George W Bush says he will be there

CHECK THE LOOK ON MOOCH’S FACE

We’re also encouraged by the pro-growth policies that President-elect Trump and the new Congress have indicated that they will pursue,” Ford President and CEO Mark Fields said in a statement.
A source told Reuters there were no negotiations between Trump and the company.

“The UAW has long believed that companies that sell in our country should build their products in our country. We are proud of the quality of work in Lordstown with the Cruze sedan and we welcome Ford’s Flat Rock announcement today.”

Trump’s team to PA: ‘There is no Palestine, Jerusalem is not your capital’ 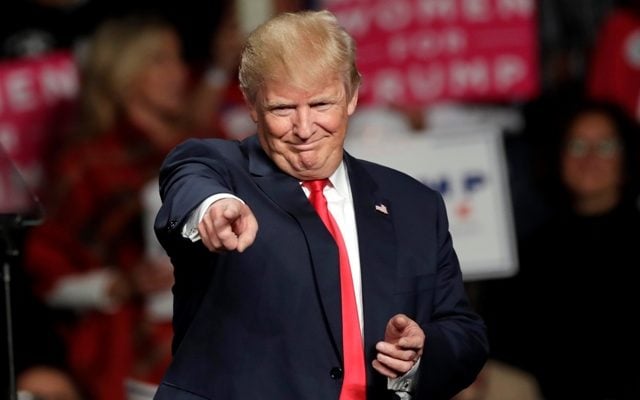 I’VE WAITED SO LONG FOR SOMEONE TO POINT OUT THAT THERE IS NO PALESTINE. NEVER WAS. JORDAN HAD A BUNCH OF PEOPLE IT DIDN’T WANT TO FEED SO THEY TOLD THEM TO GO SQUAT ON ISRAEL’S LEFT BANK AND THE JEWS WOULD TAKE CARE OF THEM IN BETWEEN DEFENDING AGAINST YOUR BLOODY ATTACKS ON THEIR PEOPLE.

The Trump official reported replied that “there is no Palestine, and Jerusalem is not your capital. If you stop the incitement to terror, put in place full economic transparency, stop acting unilaterally at UN bodies and accept a US embassy in west Jerusalem, we (the US) would consider a US diplomatic mission in Ramallah and call upon the Israelis to enter into serious negotiations with you on a long-term relationship.”

The final farewell: Obamas reveal they’ll throw one last star-studded bash and Michelle will give her last speech on Friday – before Barack bows out in Chicago
The Obamas are expected to host a star-studded bash on Friday
Beyoncé, Stevie Wonder and Usher will likely attend the final party
FLOTUS will give her final remarks at the School Counselor of the Year ceremony
GET OFF THE DAMN STAGE ALREADY!!

Kucinich: Obama Hung Democrats Out to Dry for Past Eight Years
The Daily Beast‘s Jackie Kucinich said to CNN’s Nia-Malika Henderson on Sunday that it would be interesting to see what kind of reception President Obama will receive when he meets congressional Democrats next week, adding that the president has hung his party “out to dry” during his time in the White House.

As President-elect Trump readies to take control of Washington where he has promised a hiring freeze or worse, worried are federal workers are looking to a new $40,000 buyout program set up at the Pentagon but expected to be expanded to other departments.

In fear of new restrictions, remittances to Mexico jumped by 25% in November

GO THROUGH ANY MEXICAN NEIGHBORHOOD…EVERY LITTLE BUSINESS HAS A SIGN IN THE WINDOW OFFERING TO SEND MONEY TO MEXICO BY WESTERN UNION.NOBODY SENDS CASH BECAUSE THE ENTIRE COUNTRY ARE THIEVES…FROM THE POSTAL WORKERS TO THE POLICE
YOU THINK THEY COME HERE ILLEGALLY TO BECOME CITIZENS????
Mexicans living in the United States transferred a record $2.4 billion in November, 24.7 percent higher than a year earlier.
In all of 2016, the amount of money transferred south of the border will be at least $27 billion, Bank BBVA Bancomer estimated, an increase of more than $2 billion over 2015.

Liberals are panicking about the fact that President-elect Donald Trump will be able to fill four vacancies on the historically left-leaning Ninth Circuit Court of Appeals when he takes office later this month.
Outgoing Sen. Barbara Boxer (D-CA) called the vacancies a “judicial emergency,” according to Bay Area public radio station KQED, even though there are 29 judges on the court. The “emergency” is that Trump’s nominees might be able to make the court more conservative.

Plagiarist Fareed Zakaria’s Love Letter to Barack Obama Cut Down to 90 Seconds
Naturally, CNN gave him two hours of primetime television last month to showcase his fawning documentary on the outgoing president called “The Legacy of Barack Obama.”
We condensed it down to 90 seconds to save you the two hours of propaganda.

Just before joining climate change activist and former Vice President Al Gore for a press conference in New York City, seven state-level attorneys general huddled with a representative of the Union of Concerned Scientists. The political activist, Peter Frumhoff, called for them and other elected officials to move decisively against major corporations and institutions for “denying” climate change.

Comments Off on Late Night Television

Both of these are long, but well worth watching.

Comments Off on Two smart guys talk about the campaign

Comments Off on Screen Door Countdown

Why Our Grandchildren Are So Precious

If you ever ask a child a question, you know you are going to get the truth – the whole truth and nothing but the honest truth! When an 8-year-old was asked to write a paper about Grandparents, well we get to learn things about being a grandparent we may have never known!

Comments Off on Why Our Grandchildren Are So Precious