Dealing with the Secular

In this, the holiest time of the year, people of faith gather family and friends close to share fellowship and celebrate the life of the only One who was without sin. In March of 2013 I was taken to the hospital and spent nine days being tended to by some incredible people. Years of abuse had taken its toll. I have severe emphysema, Type II diabetes, a pacemaker for an irregular heartbeat, and sleep apnea so severe I can’t sleep without a machine. After 40 years of smoking cigarettes I stopped cold turkey. It was time. My cardiologist said my choices were to quit and be able to enjoy my grandchildren outside or continue smoking and they could come see me sitting in a chair and connected to an O2 machine.

My grandchildren are all I have left. The only thing worth living for. I am most grateful that I’ve been granted another Christmas season to share with them. I live with the realization that time is running out so every day Almighty God allows me is truly a gift.

CHRIST is the reason for this season of love and joy. Secularists are missing the Spirit and busy themselves with things of this world. Even during this time the so-called progressives feel compelled to dispense their own brand of hatred and spite. They are consumed with it. It must be in their DNA.

Obama’s remarks are expected to include a thank you to Chicago and the state of Illinois for launching his political career, one that began as a state senator and then a U.S. senator and then president.

College Student Driven Out Of School For Backing Trump
In September, shortly after starting at the Pennsylvania women’s school, Andi Moritz made a post on the Bryn Mawr’s ride-sharing Facebook page, asking if anybody wanted to accompany her during a Saturday spent campaigning for Trump. Moritz said she wanted another girl along to ensure her safety since she was carpooling with a man she didn’t know.
The request turned out to be a big mistake, as Moritz was bombarded with hundreds of comments from fellow students, most of them extremely hostile.

[CtH: There’s a real simple reason most of the military votes Republican.]

Israeli officials also lashed out at the Obama administration, calling its behavior “shameful” and alleging that President Obama used the anti-Israel vote as a way to express his hostility for the Jewish state before vacating the Oval Office.

[CtH: The UN certainly seems to be on track for the rise of a Muslim Anti-Christ.]

“President Obama and Secretary Kerry are behind this shameful move against Israel at the UN. The US administration secretly cooked up with the Palestinians an extreme anti Israeli resolution behind Israel’s back which would be a tailwind for terror and boycotts and effectively make the Western Wall occupied Palestinian territory.

Netanyahu: “We Will Not Abide By Terms” Of Anti-Israel UN Resolution

George W. Bush hasn’t decided if he’s attending the event either, his spokesman Freddy Ford said, and will make his decision after the new year.

The idea is to counter Trump’s inauguration and garner higher television ratings than the swearing-in. Normally, the presidential inaugurals carry several a-list acts, but Trump has had issues booking artists to perform. So far, the only confirmed acts are Jackie Evancho (singing the National Anthem), the Rockettes, and the Mormon Tabernacle Choir.

Markay on Obama: ‘He Seems Incapable of Thinking There Might Be Legitimate Criticisms of His Policies’

Heavily-armed police guarding nativity scenes in Germany, so that people can visit them safely. 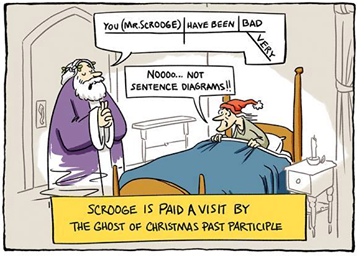 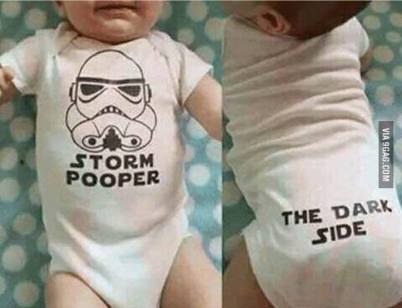 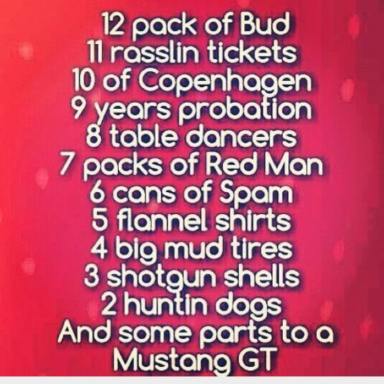 YOU WON’T GET THIS UNLESS YOU’RE SWEDISH 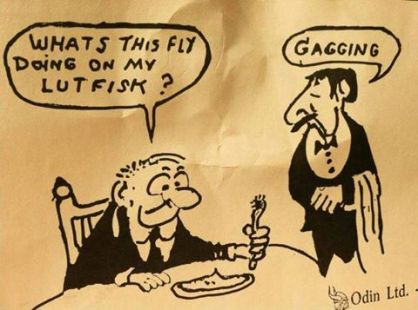 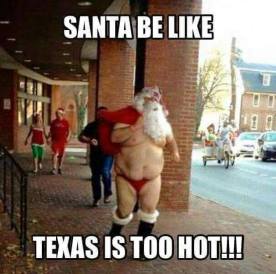 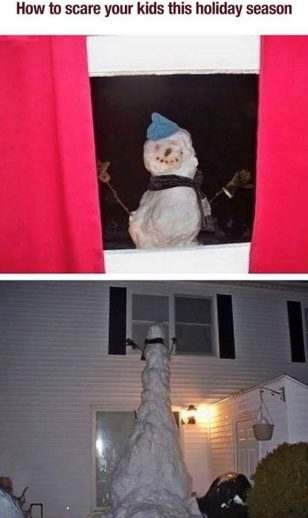 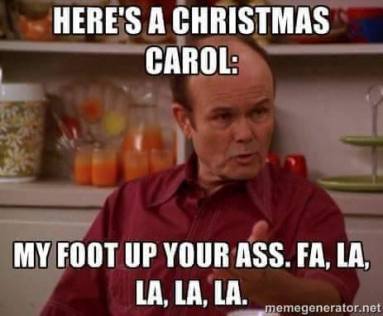 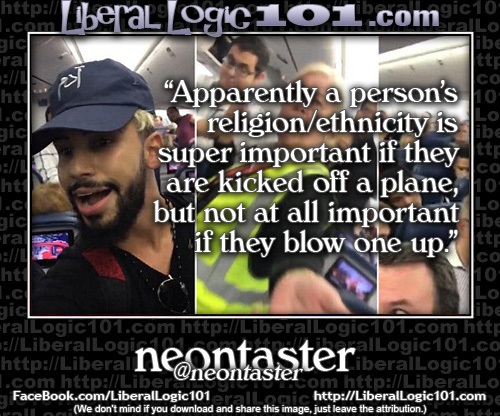 Adam Saleh tweeted that Delta chucked him off a flight for speaking Arabic.

Delta says he was removed because his behavior had disturbed other customers.

Since Saleh is known for crafting viral incidents, I’m TOTALLY SURE we should believe his version.  NOT.

Comments Off on Airplane Hypocrisy

A priest and a rabbi walk into a recording studio …

Comments Off on Yes!

Obama got a pass

In 2008, then-Candidate Obama said on the campaign trail that he had visited “57” states with one more to go.  VP Dan Quayle got roasted endlessly for once misspelling potato with an e.  At least potato has an e on it when it’s plural.  At no time has the United States ever had more than 50 states.

In 2009, President Obama made a speech in Austria in which he lamented not knowing what the term for “wheeling and dealing” was in Austrian.  There is no such language as Austrian.  The people of Austria speak German.

In 2009, President Obama said the Constitution was written “20 centuries ago.”  The United States was founded a little more than 200 years ago, which is two centuries, not 20.

In 2010, during the National Prayer Breakfast speech, President Obama referred to a Navy Corpsman as CORPSE-MAN … three times!  It’s CORE-MAN.  The P and S are silent, but hey, why should we expect the Commander-in-Chief of the Armed Forces to know something like that?

In 2012, President Obama said that business owners didn’t build their businesses.  If there’s one thing we can be certain of, it’s that President Obama has never built a business. He’s barely ever even worked for one.

In 2013, President Obama repeated many times that people needn’t fear Obamacare because, “If you like your health care plan, you can keep it.”  Politifact voted Obama’s line the “2013 Lie of the Year”, because millions lost their health care plans due to Obamacare, something we all knew would happen.

In 2014, Obama praised Aretha Franklin, including her world-renowned song, which he called, “R-S-P-E-C-T.”  Can someone please buy the president a vowel?

In 2016, Iran held American hostages on a runway until a plane full of $400 million in cash arrived and was paid to them in exchange for the hostages.  On August 4, President Obama said, “We do not pay ransom. We didn’t here, and we won’t in the future.”  Riiiiiight.  That exchange of money for release of prisoners was just a what …. ?  I got nothing.

Obama without his Teleprompter

Comments Off on Obama got a pass

Politico has a SCOOP!

This from the people who yawned in the face of multiple expert testimonies re: Obama’s birth certificates being blatant forgeries:

Comments Off on Politico has a SCOOP!

Obama just threw you under the bus.  Trump, on the other hand, picked an ambassador to Israel who actually likes the Jewish State and hates Islamic terrorists. A Soros-funded group is livid, which to my mind speaks to the quality of the Trump appointment.

Jonah Goldberg: “Unlike his ban on offshore oil drilling or his other regulatory schemes to hamper Donald Trump or pad his legacy, this move doesn’t help Democrats or hurt Donald Trump, but rather the other way around. This move will infuriate many pro-Israel Democratic donors and further cement the view that the Democratic party, in its heart, is no longer a pro-Israel party. That is a gift to Donald Trump. It may even increase the likelihood that he moves the embassy to Jerusalem.

TRANSCRIPT:  What happened today is that the United States joined the jackals at the U.N. That was a phrase used by Pat Moynihan, the great Democratic senator, the former U.S. ambassador who spoke for the United States standing up in the U.N. and to resist this kind of disgrace. To give you an idea of how appalling this resolution is, it declares that any Jew who lives in the Jewish quarter of Jerusalem, the Jewish quarter, inhabited for 1,000 years, is illegal, breaking international law, essentially an outlaw, can be hauled into the international criminal court and international courts in Europe, which is one of the consequences. The Jewish quarter has been populated by Jews for 1,000 years. In the war of Independence in 1948, the Arabs invaded Israel to wipe it out. They did not succeed, but the Arab Legion succeeded in conquering the Jewish quarter. They expelled all the Jews. They destroyed all the synagogues and all the homes. For 19 years, no Jew could go there. The Israelis got it back in the Six-Day War. Now it’s declared that this is not Jewish territory. Remember, it’s called “the Jewish quarter,” but it belongs to other people. And any Jew who lives there is an outlaw. That’s exactly what we supported. The resolution is explicit in saying settlements in the occupied territories and in east Jerusalem.

In 2012, running for re-election, Obama spoke at the meeting of AIPAC, the big Jewish lobby. He said, “Is there any doubt that I have Israel’s back?” That’s why he didn’t want do it while he was in office. That’s why he didn’t want to do it in 2016 so it would injure Hillary and show to particularly American Jews, who tend to be Democratic, that it was all a farce. He does it on the way out, and that’s part of why it’s so disgraceful. He didn’t even — he hid it until there would be no consequence. Now he is out the door and the damage is done for years. That resolution cannot be undone.

Comments Off on Yo, Democrat Jews!

Comments Off on Baby Bootz