I don’t know much about him, but what I’ve seen so far leads to mixed emotions. As the CEO of the largest corporation in the world, Exxon Mobil, he’s dealt with all the oil-producing countries and has a relationship with Russian strongman Vlad Putin. His confirmation is sure to be a pier 6 brawl, although Trump will get what he wants in the end. 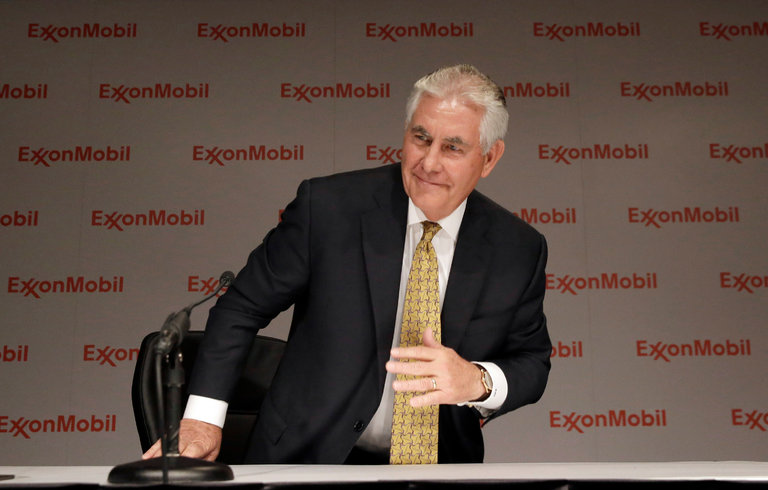 A statement from Mr. Trump’s transition office early Tuesday brought to an end his public and chaotic deliberations over the nation’s top diplomat — a process that at times veered from rewarding Rudolph W. Giuliani, one of his most loyal supporters, to musing about whether Mitt Romney, one of his most vicious critics, might be forgiven.
Instead, Mr. Trump has decided to risk what looks to be a bruising confirmation fight in the Senate.

Exxon’s Rex Tillerson: 5 Things to Know About Trump’s Likely Secretary of State
Here are five thing about the 64-year-old man who is likely to be America’s top diplomat.
1. Tillerson has close ties with Vladimir Putin.
2. Tillerson spoke against sanctions on Russia.
Speaking about sanctions imposed over Russia’s annexation of Crimea, Tillerson said he generally opposes sanctions as imprecise and ineffective, and added he had discussed his view with U.S. officials, according to The Associated Press.
3. Tillerson supported global emissions-cutting agreement forged in 2015 Paris climate summit.
Tiller acknowledged the threat of climate change and the company he heads endorsed a carbon tax and stated its support for the Paris climate agreement.
4. Tillerson supported the Boy Scouts admitting gay youths.
After the Boy Scouts of America voted to allow openly gay youths to join their troops and earn their merit badges, Eagle Scout Tillerson said at the organization’s national meeting in 2014: “So we’ve made the decision we’re going to change. Now what? No winners or losers. After we make the decision to change, it’s the mission,” according to The Dallas Morning News.
5. TIllerson has contributed to several Republican campaigns.
According to the Federal Election Commission records, Tillerson has given $442,284 as direct contributions since 2003, $72,200 as “joint fundraising contributions” and $5000 to a Super PAC. While he has contributed to George W. Bush, Mitt Romney, Mitch McConnell and Jeb Bush, he is not known to have given any money to Trump’s campaign. 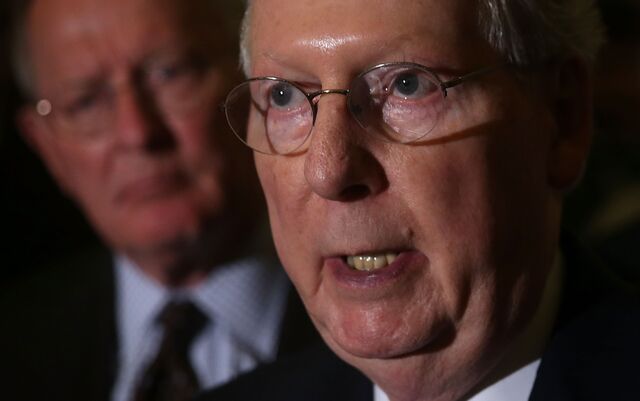 THIS IS AS EXPECTED AS IT IS APPALLING. JUST WHERE THE HELL WERE THESE “DEFICIT HAWKS” WHILE OBAMA WAS RUNNING UP 9 TRILLION IN DEBT??
THE BOTTOM LINE IS THAT THE MACK DADDIES, McCONNELL AND McCAIN AND THEIR LITTLE STOOGE PAUL RYAN RESENT A BILLIONAIRE OUTSIDER CRASHING THEIR LITTLE CLIQUE IN D.C. THEY’RE GOING TO FIGHT HIM EVERY INCH OF THE WAY, PUBLIC GOOD BE DAMNED.
President-elect Donald Trump’s race to enact the biggest tax cuts since the 1980s went under a caution flag Monday as Senate Majority Leader Mitch McConnell warned he considers current levels of U.S. debt “dangerous” and said he wants any tax overhaul to avoid adding to the deficit.

Obama to Trump: Executive Action Is Good for Me, Bad for Thee

“I have not changed Washington the way I wanted to change it,” Obama said in an interview last week with VICE. “And what I worry about in our politics is people getting impatient with the slowness of democracy, and the less effective Congress works, the more likely people are to start giving up on the core values and basic institutions that have helped us to weather a lot of storms.” 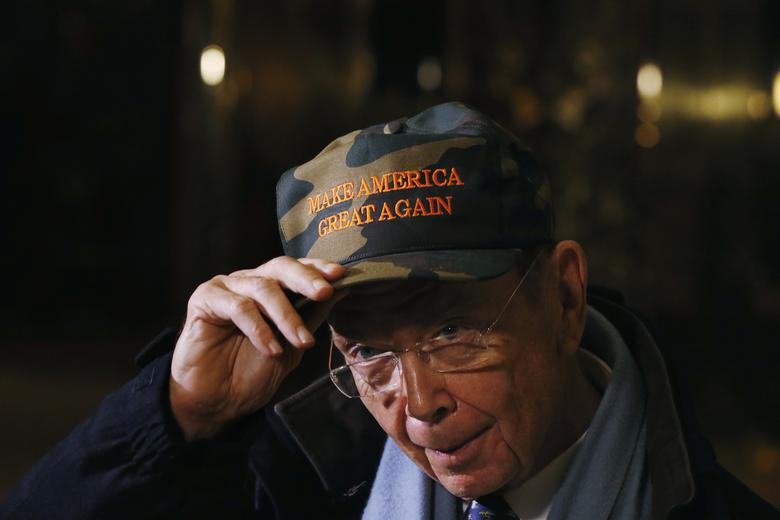 Reports from the US suggest Donald Trump is struggling to find A-list stars to perform at his inauguration. We asked the stars of the BBC Music Awards what it would take to get them to play.
When President Barack Obama was inaugurated in 2009, he was serenaded by Beyonce and Aretha Franklin.
During his stay in the White House, he’s had audiences with the likes of Rihanna, James Taylor and Kendrick Lamar.
Donald Trump might not be so lucky.
KEEP IN MIND, MOST OF THESE PEOPLE NEVER FINISHED HIGH SCHOOL, HAVE MARGINAL TALENT, AND HAVE MINIONS HANGING ON TO INFLATE THEIR EGOS. I DOUBT THE DONALD MUCH CARES ABOUT WHAT THESE JADED ASSCLOWNS THINK.

UNCLE TED, KID ROCK, BILLY RAY, MY PERSONAL FAVORITE WOULD BE CHARLIE DANIELS. I COULD LIVE WITH THAT.

BUMMER, DUDE! JUDGE SAYS YOU HAVE TO OBEY THE LAW!
U.S. District Judge Wiley Daniel denied a request by two Colorado electors who contended that the law binding their vote to Colorado vote winner Hillary Clinton violated their First Amendment rights and the intents of the Constitution’s framers. The electors had sought the right to vote for someone other than Clinton in order to unite behind a consensus Republican other than Trump when the Electoral College convenes on Dec. 19.

Joy Behar Unhinged: Trump Must Step Down Before Inauguration
“Do we have to wait until the hammer and sickle is on the American flag before we stand up to this guy?” she asked.

Sen. Reid: ‘Obvious’ Comey Was Partisan, ‘FBI Did Nothing’ About Russia

White House attacks Trump over connections to Russia and RT

IN CASE YOU WERE WONDERING WHAT HAPPENED TO THIS DERANGED WOMBAT, HE’S SPEWING FOR THE RISSKIES NOW
Is There a Russian Coup Underway in America?

I KNOW, POSTING UNSTEADY EDDIE AND OLBERPUKE IS CRUEL AND UNUSUAL PUNISHMENT. I WAS BROUGHT UP BAD.

This is Funny? Liberal Hacks on SNL Joke that Trump Voters are Nazis
This is the latest liberal humor.
Hillary Clinton lost so Trump supporters are Nazis.
Yuk-Yuk.
In a skit last weekend SNL compared the “Alt-Right”, a mysterious group that popped up in the liberal media this year to describe all Trump supporters, to Nazis.

The actress on the show who is pretending to be Angela Merkel jokes, “In America you have the alt-right. In Germany we call it, “Why grandpa lives in Argentina now.”
Because all Trump voters are racists and Nazis.
And they actually believe this.
Democrats think they will get all of the new Trump voters to abandon Trump by comparing them to Nazis.

Slate’s Michelle Goldberg: Trump Victory Tour ‘Menacing and Threatening’ to Non-Trump Supporters
Friday on MSNBC’s “All In,” Slate columnist Michelle Goldberg weighed in on President-elect Donald Trump’s victory tour thanking his voters, saying the rallies are “menacing and threatening” the majority of the people who did not vote for him in the 2016 election
“The whole posture is one of both rallying the people who voted for him, and also kind of menacing and threatening the majority who didn’t — with these sort of menacing asides. ‘They’re on our side, they just don’t know it yet.’ ‘You’re going to like what we have in store.’ I don’t think I am reading too much into this,” Goldberg told host Chris Hayes.