Comments Off on Ben Carson

Comments Off on Dog. Cat. Pizza.

The Southern Poverty Law Center has published a report titled “The Trump Effect: The Impact of the 2016 Presidential Election on Our Nation’s Schools.”

It claims to demonstrate that Trump supporters are white-supremacist haters.

The report is based on the responses to a questionnaire sent to mostly Democrat educators asking if they had “heard derogatory language directed at students of color, Muslims, immigrants and people based on gender or sexual orientation” in the first ten days following the election.

Educators reported back saying they had heard someone say, “Build the wall”, 467 times.

In their report, the SPLC classified this as 467 incidents of pro-Trump hate speech.

The finding was given breathless coverage in the New York Times, Washington Post and other major slime stream media.

But the SPLC left out of their report that, despite NOT BEING ASKED, educators had also reported hearing 2,000 incidents of racist slurs and other derogatory language leveled against white students.

Despite the fact that SPLC recently admitted that they left this finding out of their report, the original report will no doubt be quoted ad nauseum by the Left to support their “it’s okay to hate on right wingers and whites because they’re haters” narrative.

Founded in 1971, SPLC claims to be a nonpartisan civil rights law firm.  However, it receives funding from leftist groups, including ones controlled by far leftist billionaire George Soros.  Its board members contributed more than $13,400 to Hillary Clinton’s presidential campaigns.

Comments Off on Southern Poverty Law Center: Purveyors of Slander

Hillary “We need to get big money out of politics” Clinton is throwing a big old bash in the Grand Ballroom at the Plaza Hotel to thank her Big Bucks donors.

Word has leaked out that some of her donors are none too happy about not being invited, but when they complained, they were told that “the size of the party was dictated by the space constraints of the ballroom.”

I’m guessing these folks were likely on the invite list for Hillary’s par-tay.

Remember way back when Candidate Obama said this?

Fall 2007:  “If I am the Democratic nominee, I will aggressively pursue an agreement with the Republican nominee to preserve a publicly financed general election.”  – Barack Obama

June 2008:  “We’ve made the decision not to participate in the public financing system for the general election.” – Barack Obama 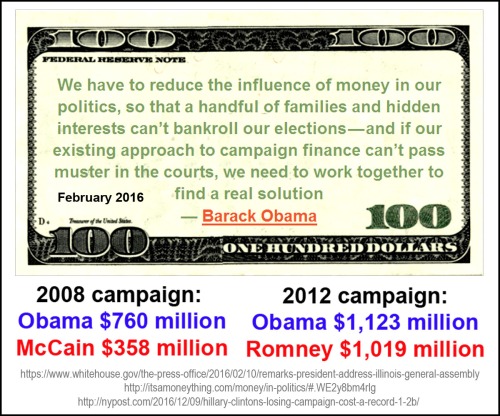 In the most recent presidential campaign cycle, spending limits were a hot topic for the Left.

As per usual, they didn’t let their words interfere with their actions.  Clinton outspent Trump 2-1, but it didn’t do her any good!  Bwahahahahahaha!

Comments Off on Campaign Spending Hypocrisy and Karma

Yesterday Chrissy mistakenly thought I’d posted the funnies that Bluebird did. Thought I’d post a few of my own. Equal time and all that. 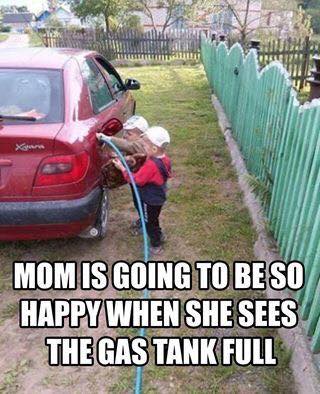 YOUR EGG WHITE OMELETTE WILL BE RIGHT UP 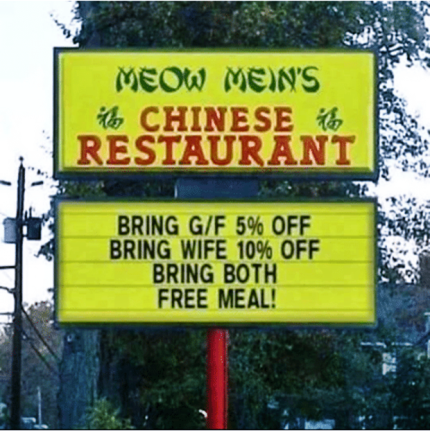 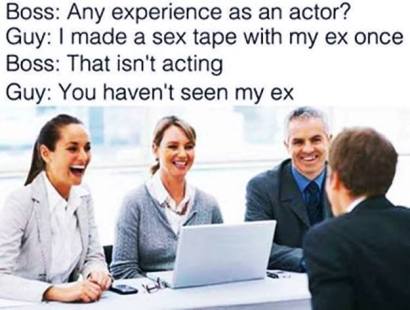 I say this medieval prayer every morning.  I really love it and just wanted to share it with all y’all.  The name means “Soul of Christ.”  It is simply the first two words of the prayer in Latin.

Soul of Christ, sanctify me
Body of Christ, save me
Blood of Christ, inebriate me
Water from the side of Christ, wash me
Passion of Christ, strengthen me
O good Jesus, hear me
Within Thy wounds hide me
Permit me not to be separated from Thee
From the malicious enemy defend me
In the hour of my death call me
And bid me come unto Thee
That I may praise Thee with Thy saints
Forever and ever
Amen