Can it be January already? Please? I’m getting a little sick of the crappy attitude the left has amplified since they got whupped. Is anybody else just a little nervous about the phony recall? Hillary can’t win, but the goal was to delegitimize Trump the way they did with W. after Florida 2000. All I can say is it’s a good thing he won by a big enough margin to overcome the rampant fraud that’s coming to light.

Half of Detroit votes may be ineligible for recount
One-third of precincts in Wayne County could be disqualified from an unprecedented statewide recount of presidential election results because of problems with ballots.
Michigan’s largest county voted overwhelmingly for Democratic candidate Hillary Clinton, but officials couldn’t reconcile vote totals for 610 of 1,680 precincts during a countywide canvass of vote results late last month.

Most of those are in heavily Democratic Detroit, where the number of ballots in precinct poll books did not match those of voting machine printout reports in 59 percent of precincts, 392 of 662.

WHAT’S GOING ON? Trump Loses 16,648 Votes in Pennsylvania In the Last Week

Massive voter fraud in Pennsylvania has been identified. The final certified results in Pennsylvania show Donald Trump winning the state with 2,961,658 votes, while former Secretary of State Hillary Clinton won 2,913,903 votes. The difference is 47,755 votes. This is what is now reported after absentee ballots were counted as reported on Friday, December 2nd.
This means that of the 20,736 absentee ballots cast, 18,467 went to Clinton— This is highly suspect.
What’s Going On?

In addition, there were 41,120 more votes cast for President than for the Senate race in Pennsylvania when looking at the final tallies. This too is suspect. 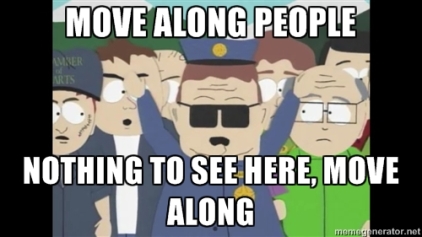 Over the weekend, voter fraud was reported in Nevada where Jill Stein and Hillary Clinton have not requested recounts. Of course this is because Hillary was awarded Nevada’s Electoral College votes in the election. Pennsylvania is one of the three states Stein and Clinton have chosen for recounts.

Senate Democrats are preparing to put Donald Trump’s Cabinet picks through a grinding confirmation process, weighing delay tactics that could eat up weeks of the Senate calendar and hamper his first 100 days in office. Multiple Democratic senators told POLITICO in interviews last week that after watching Republicans sit on Merrick Garland’s nomination to the Supreme Court for nearly a year, they’re in no mood to fast-track Trump’s selections.

Lift the Vote: Evangelicals Made the Difference in Florida, Other Swing States

“Trump carried the Evangelical vote by an overwhelming 81-16 margin,” Lift the Vote said in a statement released last week, citing preliminary exit polling data from a Pew Research report released on November 9, the day after the election.
“That represents a three point increase for Trump over Romney’s percentage four years ago, and a five point decline in support for Clinton versus Obama … a total eight point swing,” Lift the Vote noted.

Senate Majority Leader McConnell Against Free Speech – Surrendering FCC to Obama
Multiple DC sources have confirmed to GotNews that an effort to give Democrats control of the Federal Communications Commission (FCC) for months into Trump’s presidency is actually being led by Republican Senate Majority Leader Mitch McConnell himself.
McConnell has reached an agreement with President Barack Obama and Democratic Senator Harry Reid to trade away control of the FCC for in exchange for confirmation of his own staffer, Neil Chatterjee, to the Federal Energy Regulatory Commission (FERC)

WI Lawmaker: Dems Are Stalling, Recount Will Not Be Completed, State Will Be Forfeited– WON’T COUNT FOR TRUMP
All of the votes in Wisconsin have to be certified by December 13 before electors meet on December 19 to formally cast their votes.
Duffy noted that Jill Stein and Hillary Clinton operatives in Dane County Wisconsin, where liberal Madison is located, are deliberately slowing down the vote counting process (primarily by doing a hand recount) in an effort to disenfranchise Wisconsin electors from being able to cast their votes for Trump.

“They want to slow walk the vote counting so they can somewhat get a stain on the election of Donald Trump and start his presidency off with mud throwing and dirt throwing,” said Duffy.

HOMEGIRLS WANNA GET THEY HUSTLE ON
The subscription service is called Safety Pin Box and was launched last week. Wearing a safety pin has recently become a symbol within the liberal community for one to show solidarity with minorities.

The group is headed by Leslie Mac and Marissa Jenae Johnson. Johnson is one of the Black Lives Matter protesters who interrupted Vermont Sen. Bernie Sanders during a speech in Seattle last year.

Kerry: Trump ‘elected chieftain’ — but America has other leaders too

CHIEFTAIN? DID HE REALLY USE THAT WORD?
President-elect Trump may have been “elected chieftain,” as Secretary of State John Kerry put it, but his policy priorities will be constrained by a need for consensus.
The outgoing secretary of state underlined the point by noting that “even in countries that are totalitarian by most measurements, there’s a lot of consensus-building … our future is not defined just by an election. I guess that’s the bottom line of what I’m saying.”

Students at Cal State San Marcos on Thursday hosted a “Whiteness Forum” as part of a communications class they are enrolled in, setting up more than a dozen displays that highlighted what they contend is how white privilege has oppressed people of color in a variety of ways.
A “Make America White Again” display included an image of Donald Trump’s baseball hat and argued his campaign has led to a wave of hate crimes.
Other displays: “Gentrification is the new Colonialism,” “Stand up for Standing Rock” and a “Wheel of Whiteness.”

Sanctuary campus supporters willing to ignore other laws
•Students at George Washington University, site of a recent walkout to demand a “sanctuary campus” to protect illegal immigrant students, say they favor defiance of other federal laws, too.
•Several students said they would like to make the campus a “sanctuary” from student loan debt, while others favored exemptions from underage drinking laws.

A REAL TOUGH GUY
An argument over the recent election ended with one Donora, Pennsylvania, supporter of Hillary Clinton charged with assault after hitting a 69-year-old woman over the head with a chair, according to police.
Matthew Pugh, 27, was arrested on November 30 on charges of attempted homicide, aggravated assault, simple assault, and reckless endangerment, after allegedly attacking the elderly woman in the lobby of a high rise, according to the Observer-Reporter. 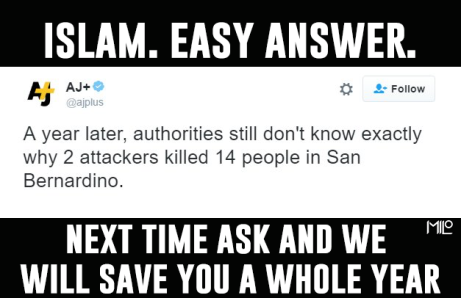 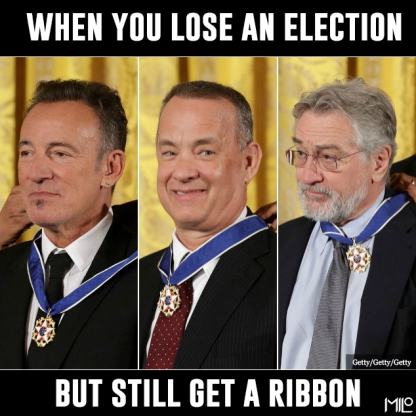 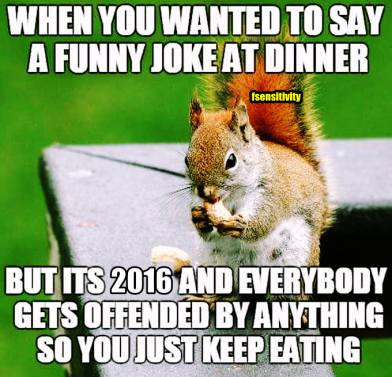 One response to “Just Plain Tuesday”