Violence Is Their Only Response

Today may set a record for the number of posts. The list of links I have bookmarked is longer than a reading of the charges on Hillary’s upcoming federal indictment. That oughta piss ’em off. Well-planned and well-financed (are you there, George?) riots are breaking out nationwide. They think if they raise enough hell we’ll let them have their way. The violence had even spread to grade schoolers. In all those cases so far, it’s thugs-in-training beating on white kids. They’re taught their bloody skills early. All that’s listed here is going to be examples of the way socialists handle defeat. (Hint: not very well at all.)

12 arrests during Trump protest in Richmond; statues damaged
I SAW THIS AND MY FIRST THOUGHT WAS OF OUR BELOVED TING AND PRAYING FOR HER SAFETY

RICHMOND, Va. — Hundreds of people marched through Richmond to protest the election of Donald Trump, and three Confederate statues were vandalized, authorities said Thursday. A dozen people were arrested.
Graffiti on the side of a statue of Confederate President Jefferson Davis said, “Your vote was a hate crime.” Also tagged were statues of Confederate General Robert E. Lee and naval officer and oceanographer Matthew Fontaine Maury.
The headquarters of the Republican Party of Virginia was also vandalized during the protest, chairman John Whitbeck said in a statement. TV station WWBT reported the doorbell was broken and graffiti was painted on the building.

TALK ABOUT WRONG PLACE, WRONG TIME… FLAG-BURNING, MAGGOT-INFESTED JUVENILE ANARCHIST WANNABES RUN INTO A BUNCH OF MARINES AT A PUB CRAWL. THEY SHOULD THANK THE LOCAL POLICE FOR NOT GETTING THEIR CLOCKS CLEANED. IT WOULD HAVE BEEN UGLY.
Anti-Trump protesters chanted “dump Trump” as people in the bar cheered “U.S.A” over and over. After some tense minutes the protesters kept on with their march the Trump supporters yelled “you walked into the wrong bar!”

Student says he was attacked for supporting Trump in mock election

ANOTHER ATTACK
Teen attacked at school for support of Donald Trump

Thugs savagely assault man for ‘voting for Trump’
A group of African-American men were filmed dragging an older white man through the street and savagely attacking him because he “voted for Donald Trump”.
It is believed the violent attack took place in Chicago, local media reported. 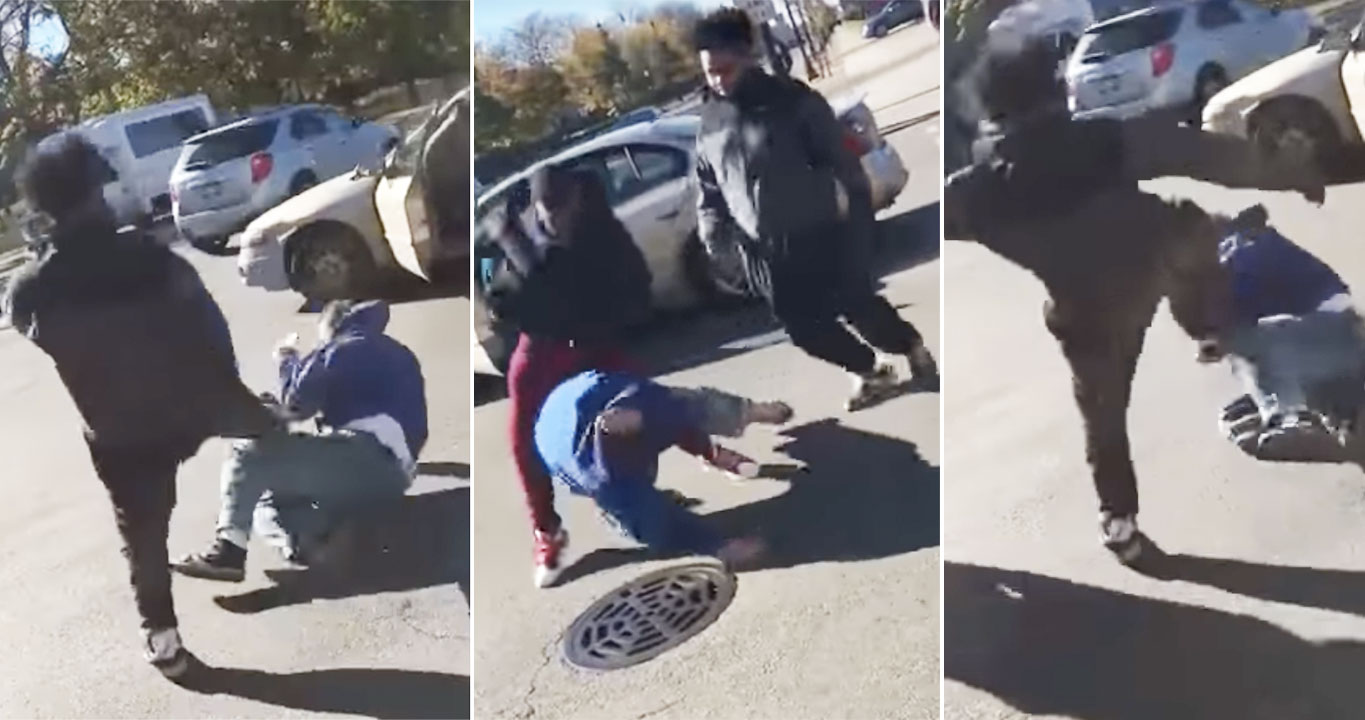 Others run into the shot and steal his belongings as the men tell the victim he is “gonna pay for that s–t”.
A woman in the background shouts “beat his a–” as another bystander laughed and said: “don’t vote Trump.” 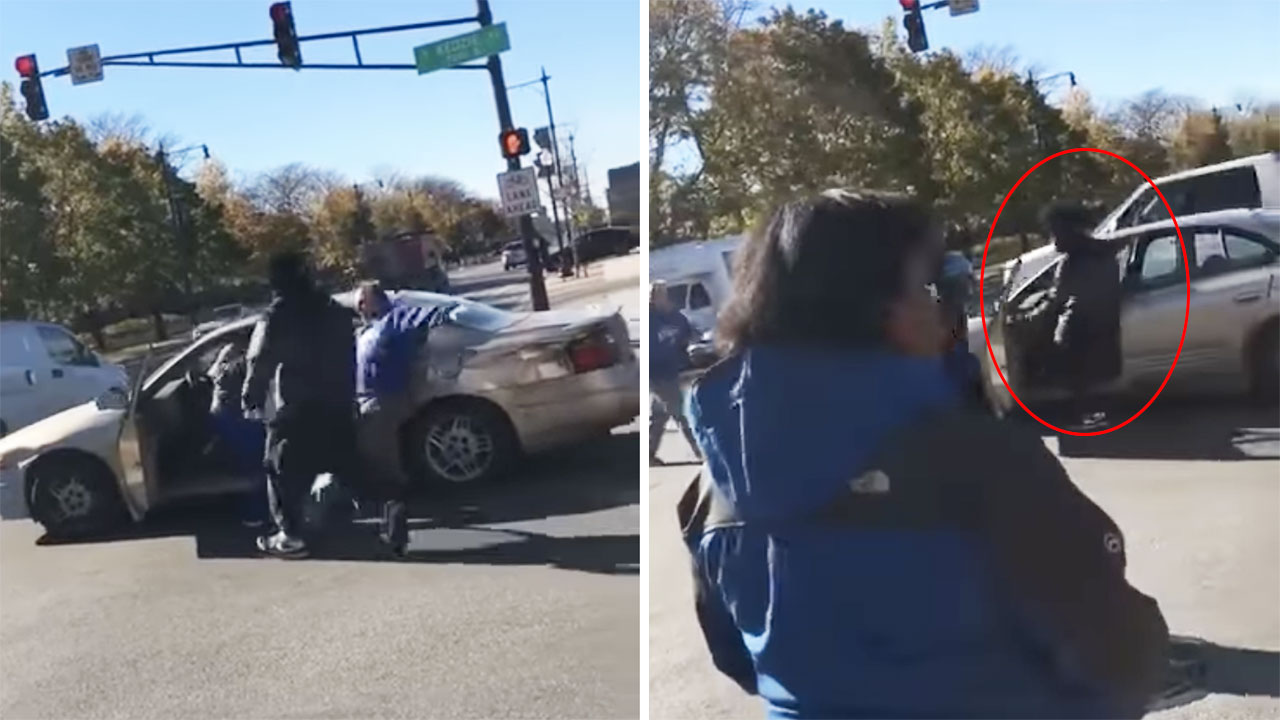 WHAT GOOD IS SHOWING YOUR DISAPPROVAL BY BEATING AN OLD WHITE MAN IF YOU DON’T ROB HIM TOO?

More Liberal Hypocrisy: Youtube ‘Star’ Laci Green Talks Healing Before Election, ‘F*ck You White America’ After
ONE THING I’VE LEARNED ABOUT LIBERALS…THEY’LL TOLERATE YOU AS LONG AS THEY GET THEIR OWN WAY. WHEN THEY DON’T, THEY TURN ON YOU LIKE A JUNKYARD DOG.

‘I’ve never experienced anything like it’: War photojournalist is hospitalized after savage beating by four anti-Trump activists while covering the protests in Oakland
Kyle Ludowitz, 27, injured after attack during Oakland, California protests
Photojournalist was hospitalized with suffered a fractured cheekbone
Mr Ludowitz was attacked while taking photos of the anti-Trump protest
Protesters threw bottles at police and set building alight amid the violence
The 27-year-old was hospitalized and had both his cameras, which were worth $5,000, destroyed in the violent attack.

They know Donald Trump has their back.

They must have spent a lot of Soros money on this operation.

It figures. Everything they do is fake or paid for.

U. of Michigan Gives Students Play-Doh, Coloring Books to Cope With Trump

“The ones I find most upsetting are those who fear, rightly or wrongly, for their own families. These students are requesting that the exam be postponed. On the other hand, I am sure that many students have sacrificed to prepare for the test …Therefore, I am making the exam optional.”
At Tufts University, arts and crafts were on offer. And the University of Kansas reminded students via social media of the therapy dogs available for comfort every other Wednesday.

THINK I’M DONE? NOT EVEN CLOSE. JUST HAVE TO TAKE MY MORNING NAP. I SHALL RETURN.

9 responses to “Violence Is Their Only Response”