“This was a massive repudiation of the press. Our message – ‘Don’t Believe the Liberal Media’ — succeeded, and in the next few days we will be unveiling a massive amount of polling data that will document this empirically.”  Brent Bozell, president of the Media Research Center  mrc.org 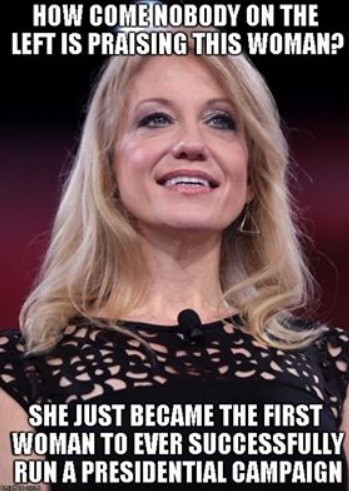 Trump is not a sexist.  His campaign manager, Kellyanne Conway, is now the first woman to lead a winning U.S. presidential campaign. Also, Republicans are NOT racists. We just elected the FIRST Black Senator since Reconstruction — South Carolina Republican Senator Tim Scott.

Matt Walsh:  Leftists, … your loss had nothing to do with -isms and phobias and everything to do with the following three factors: You nominated a corrupt, deceitful, detestable crook who was the subject of at least two active FBI investigations; white working class Americans are tired of being scolded and lectured; and your policies don’t work.

Comments Off on A few comments 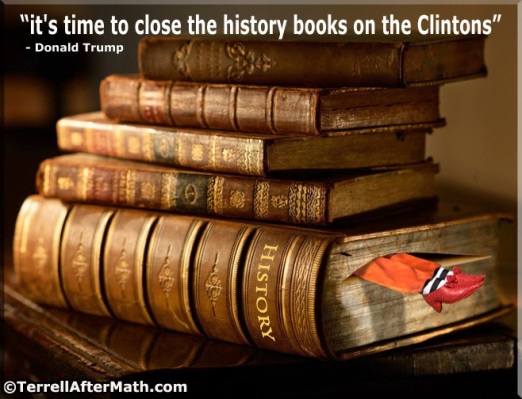 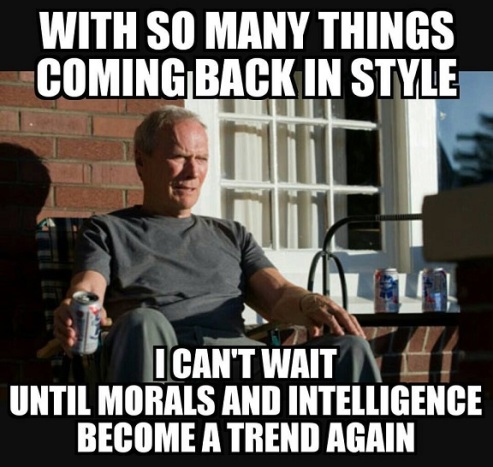 Speaking of Democrat “values” … my neighbors with their Hillary signs were using fossil-fueled leaf blowers all week-end. Us “evil” Republicans who allegedly don’t care about the environment use rakes.

A Confession from the Bunkhouse

It had been planned for months. This was to be my last post. After almost 6 years of spending hours a day documenting the corruption and filth of a democrat-dominated culture I’d had enough. The Clinton Crime Family, Obama rubbing his contempt for true Americans in our faces, hordes of illegals storming the border, feral blacks running wild committing acts of brutality, and a coming flood of Muslim men. It was so depressing I decided to live out my days sans politics, simply watching old TV shows and seeing the grandkids when I could.

To say that Trump’s victory caught an awful lot of experts by surprise would be a monumental understatement. Listening to some analysis this morning much became clear. Rather than spend money on ads during the waning days of the campaign he used it to organize at the grassroots level. Personally, I think his bringing pollster Kellyann Conway on board his team was genius. It seems she gave him some sound advice. She also excelled at going on CNN and MSLSD and bitch-slapping the talking anuses.

People that are largely ignored, working-class whites who pay the taxes to support welfare layabouts, global warming hoaxers, had their healthcare taken from them, have their young daughters forced to use a bathroom next to a 50 year old man in a dress, and are told they’re racist, bigoted, and homophobic.
One of the overwhelming reasons for the Trump victory was clearly the Supreme Court. Honest, law-abiding people were rightly terrified that their right to bear arms was in jeopardy, Citizens United would be overturned, and the country would be at the mercy of 5 liberals for the next few decades. If Trump is as smart as I think he is he will roll back the onerous EPA regulations to put the coal and oil production back into operation, cut corporate taxes to entice some of the trillions in capital sitting offshore to come home and energize our manufacturing base, commence building the XL pipeline, putting thousands of union workers back on the job and stemming the tsunami of illegals pouring over the border.

One of Trump’s strong points is surrounding himself with competent people. Choosing Mike Pence proved a brilliant choice. I’m sure Newt Gingrich and Rudy Giuliani have a place in the Trump administration. The greatest thing that happened last night was that somebody finally put an end to that screeching harpy’s reign of terror.

Leftist Freak Out Thread, The Tears Are Sweet

I BROUGHT THIS UP ON FB LAST NIGHT

How Trump won: The revenge of working-class whites Whites without a college degree — men and women — made up a third of the 2016 electorate. Trump won them by 39 percentage points, according to exit polls, far surpassing 2012 Republican nominee Mitt Romney’s 25 percent margin. They were the foundation of his victories across the Rust Belt, including a blowout win in Ohio and stunning upsets in Pennsylvania and Wisconsin.

In polling, these voters have expressed deep racial and cultural anxieties. In exit polls they were more likely than the country as a whole to say that illegal immigrants should be deported. But those polls also suggested economic concerns and hostility toward leaders in Washington were much more important factors driving them to Trump. 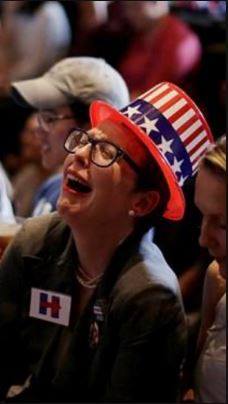 Well before midnight and still hours before the 2016 presidential race would be called, Clinton supporters began to leave.

Descending the steps down to the ground floor and walking out through the glass doors into the chilly night, some were crying and others were consoling family and friends. Many looked shell-shocked — unable to comprehend that the woman they believed would become the country’s next president was going to be defeated by Donald Trump.

CNN’s Van Jones: This Election Was A ‘Whitelash’
The Democratic blue wall is crashing down. Yet, on CNN, leave it to contributor Van Jones to throw the first racial commentary of the post-2016 election. This election was a “whitelash.”

Netanyahu declares Trump ‘a true friend of the state of Israel’ who will help bring ‘peace and stability in our region’
Benjamin Netanyahu welcomed Donald Trump as new American president
‘I look forward to working with him to advance security,’ Israeli leader said
His Education Minister said it marked the end of idea of Palestinian state
Many Western leaders have congratulated reality TV star on the victory

Education Minister Naftali Bennett, who heads the hardline Jewish Home party, said Trump’s victory eradicated the idea of a Palestinian state.
He said the unprecedented win was an ‘opportunity for Israel to immediately retract the notion of a Palestinian state in the centre of the country, which would hurt our security and just cause’.
Palestinian President Mahmoud Abbas said that he hopes ‘peace will be achieved’ during Trump’s term.
IMAGINE LIVING FOR 8 AGONIZING YEARS WITH YOUR SWORN ENEMY IN THE WHITE HOUSE. THE CHILDREN OF ISRAEL FINALLY HAVE A FRIEND.

What Donald Trump’s ‘ultra-conservative’ Supreme Court will look like
Scalia in February, Trump released a list of 11 candidates he would consider to fill the late justice’s seat if he became president. The list was a testament to hard-right, conservative values.

A majority of the nominees on the list sharply oppose women’s right to abortion, and eight of them are men. All of them are white.

Time and again Clinton openly admitted her disagreement with Heller–and her plan to use SCOTUS to tweak or reverse it–while simultaneously pushing enough gun control to abolish the Second Amendment. Trump took the opposite position: vowing to defend Heller with SCOTUS justices “in the mold of Justice Scalia” and to maintain the Second Amendment “in its strongest form.”
Clinton promised universal background checks, an “assault weapons” ban, a “high capacity” magazine ban, and numerous other gun controls. Trump promised to save the Second Amendment from “people like Hillary Clinton.” And he voiced direct opposition to expanding background checks or instituting “assault weapon” or “high capacity” magazine bans.

And yet despite having virtually every possible advantage at her disposal, from more money to better staffers to better data, it was Clinton and her party that was repudiated in the biggest presidential shock in recent memory.
Bernie supporters warned the party — and they would not listen.
And for all its sophistication, Clinton’s widely hailed data-driven campaign, modeled on the successful Obama 2008 and 2012 turnout efforts, missed the mark.
Then there are key components of the Democratic coalition: Millennials, who stayed home or voted for third-party candidates, and black voters, who turned out in lower numbers than they did for Obama.

‘Meltdown of the night’ Bitter news anchor bemoans Trump’s election success
As Donald Trump triumphed in the race to the White House a television news anchor has bemoaned his incredible success.

YOUR TEARS ARE SWEET
“You’re not having a terrible, terrible dream. Also you’re not dead and you haven’t gone to hell.This is your life now, this is our election now, this is us, this is our country – it’s real.”
Social media users attacked the television anchor for her moaning comments following on from Mr Trump securing the key swing states Florida, Ohio and North Carolina.
One Twitter user wrote: “I’m sick of Rachel Maddow and all the MSNBC people acting like they’re so stunned that Donald Trump is winning. He stands for America.”

Debate moderator Martha Radditz holds back tears while discussing Trump’s victory
During Tuesday night’s election coverage on ABC News, Chief Global Affairs Correspondent Martha Radditz appeared to be overcome by emotion when discussing the emerging reality that Donald Trump would soon be the commander-in-chief of the United States military.

Hillary Clinton had her concession speech prepared – she just never thought she’d need to read it out loud.
And when the moment came early today to admit that her lifelong dream of becoming America’s first woman president had been dashed, she simply couldn’t face the world.

Look out for the executive orders, the “midnight” regulations and, perhaps most controversially, the pardons.
As President Obama runs out the clock on his eight-year tenure, analysts say, he still has plenty of business left undone, and they expect him to follow the lead of other presidents and issue a series of rules, to add to his list of executive orders, to continue his record-setting pace of commutations and perhaps add a controversial pardon or two into the mix. 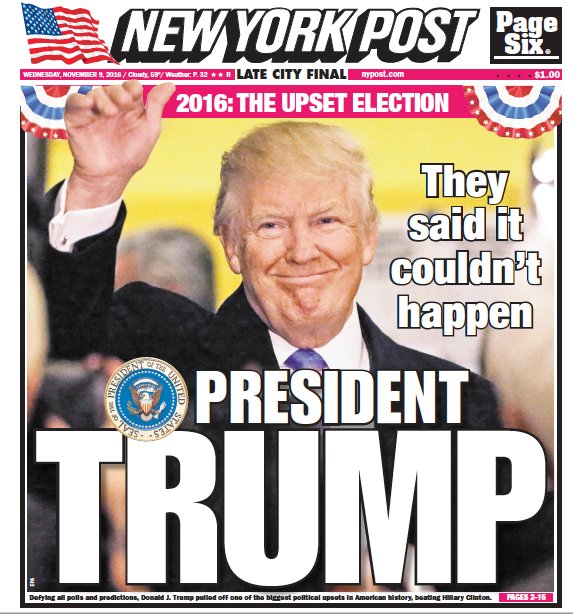 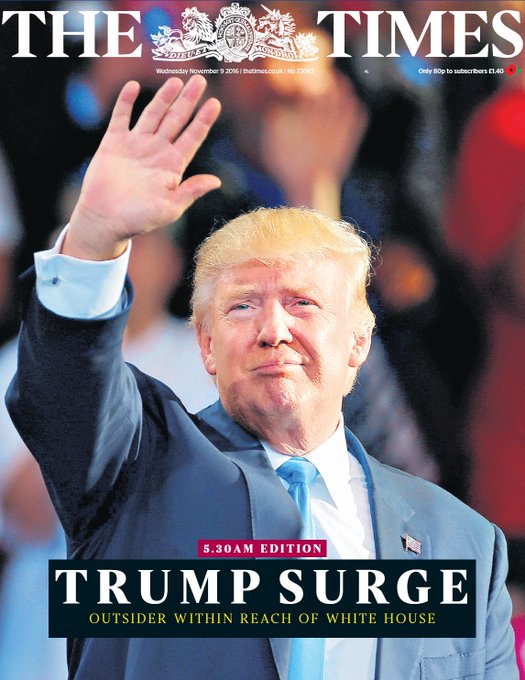 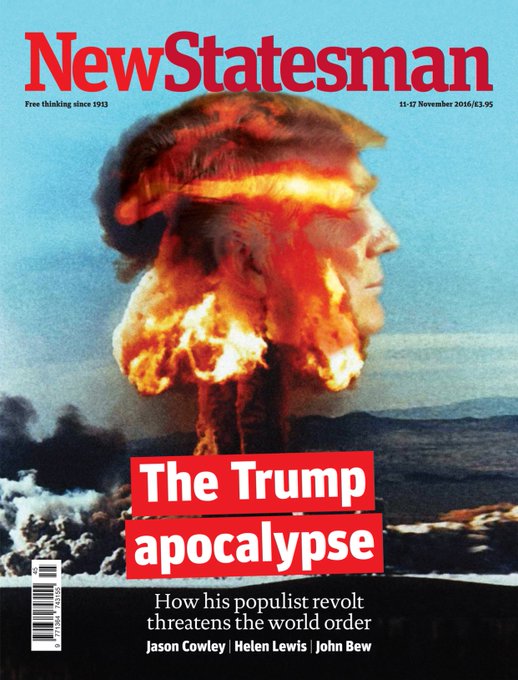 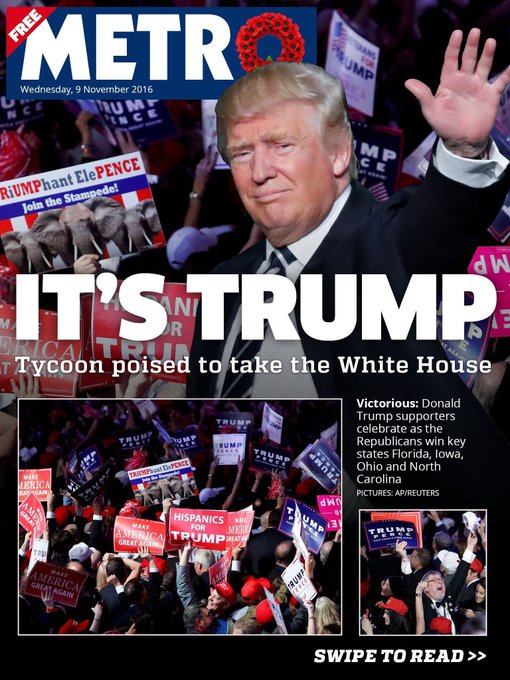 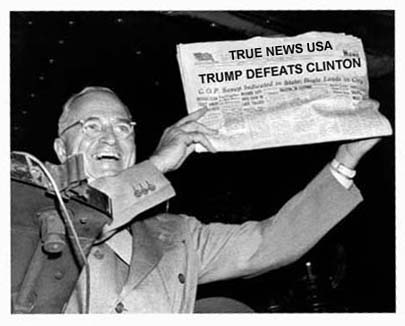 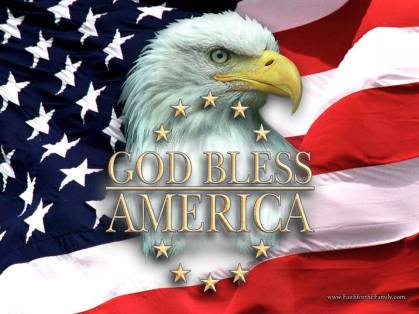 So Much For Experts

Side note: as I’m typing this the backstabbing turd Paul Ryan is making a speech, doing a blue ribbon suckup job. Too bad. As a leader of the Never Trumpers he needs to resign as speaker. Of course he won’t. If these DC elites know anything it’s surviving by being two-faced.

I was skeptical of Trump’s chances all along. An awful lot of people were shocked at the anger and frustration at a completely corrupt political class that has ignored the will of the people for decades. This is a compilation of people a whole lot smarter than I am showing how completely clueless they are.
Pundits and Politicians Insist Donald Trump Cannot Win Election

Comments Off on So Much For Experts

The Memes Are Flying

Full disclosure: In over 66 years on this big blue marble I can’t remember a time when I’ve been so happy to be wrong. Fried crow is on the menu for lunch. This is the second time in less than a week I’ve been up all night (when the Cubs won the Series last Wednesday) and I had to go deliver my papers. Fortunately, being retired, I can get some sleep anytime. I broke my self-imposed boycott of network news after it became apparent the good folks at MSDNC would all be on suicide watch. It was truly a beautiful thing. I spent most of last night on Facebook and it was wild. I’m posting some of it here. After I get some sleep there will be more, including a confession.
All I can add for now is thanks to the Lord God Almighty for having mercy on his children. He had a big hand in things. You’ll never convince me otherwise. 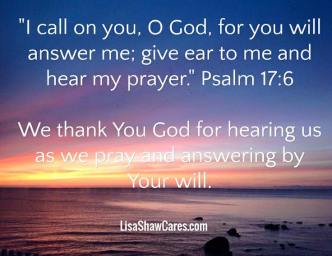 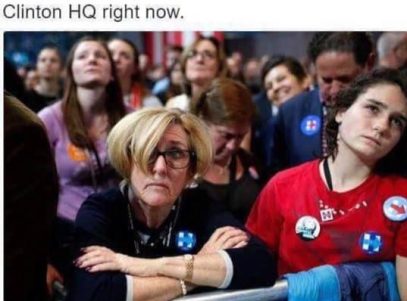 THERE GOES MY SHOT AT SECRETARY OF STATE 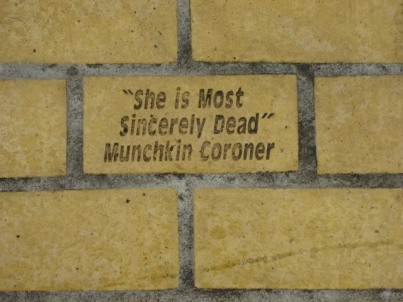