Amidst the euphoric atmosphere of our beloved Chrissy rising from her sickbed, I previously had some of the usual depressing drivel to post that you’ve become so accustomed to seeing from me. Let not your heart be troubled, it will all be over before you know it.

Half of all Americans wish the country could go BACK to the 1950s – and Donald Trump’s supporters are more likely to be nostalgic for the ‘good old days’
Most Americans think the country has changed for the worse since 1950s
Fifty-one per cent of those in a new study said the US has gone backwards
Donald Trump supporters overwhelming believe America is worse today
Hillary Clinton’s fans disagree, with 70 percent saying US is better off now
Survey explored key election issues, such as voter fraud and immigration
AND I THOUGHT IT WAS JUST ME WHINING ABOUT LIVING IN THE PAST

By contrast, 70 percent of people who are likely Hillary Clinton voters said things are better now than they were back then.
However, no group of people surveyed was more sentimental about the 1950s than white evangelical Protestants, with 74 percent believing society was better off then.

There were also massive differences on race issues and how minorities are treated in this country.
While 52 percent of all those surveyed said they believes minorities are treated the same as white people by police, the gap between Republicans and Democrats was stark.
Thirty-two per cent of likely Hillary voters felt that was the case, compared to 80 percent of likely Trump voters.
Similar divides were seen in responses to questions of immigration, with 73 percent of Republicans saying immigrants threaten American values.
Just 29 percent of Democrats felt the same way, and 63 percent said they believe immigration strengthens the country.

Clinton Campaign Has 4 Times As Many Paid Staffers in Battleground States As Donald Trump
Hillary has a ground game of 5,138, Trump has 1,409
Ball game. If you think you can fly in and make speeches and that will be a substitute for field offices, a huge ground game and a massive get out the vote effort, you are sadly mistaken, and everybody knows it but Donald Trump
This should have, should have been one of the VERY FIRST things he should have done RIGHT AFTER clinching the Republican Party nomination on May 26th. If Trump isn’t going to MATCH or exceed the Dem turnout machine, and that’s exactly what it is, a machine, he has no chance and he has no one to blame but himself 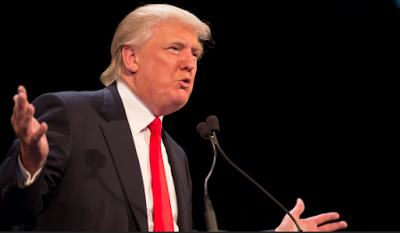 HE GETS NO SUPPORT FROM THE PARTY HE REPRESENTS. THEY’RE BUSY TRYING TO SAVE THEIR OWN SORRY ASSES.
I LIVE IN ILLINOIS. I HAVE YET TO SEE EVEN ONE TRUMP AD. THE HILLARY ADS ARE ALL OVER THE PLACE.
THE DEMOCRATS HAVE THE MOST SOPHISTICATED GOTV ORGANIZATION IN THE WORLD. THEY GET THEIR PEOPLE OUT.
THIS IS ONE OF MANY REASONS WHY I FEEL HE’S GOING TO BE CRUSHED IN 13 DAYS.

HILLARY WANTS TO INCREASE THE RAPEFUGEE INVASION BY 500%

A FRIEND ON FACEBOOK JUST POSTED THAT A RELATIVE IN FLORIDA WENT TO VOTE TODAY AND WAS TOLD HIS VOTE WAS ALREADY CAST.
IT’S HOW THEY OPERATE. IT’S HOW THEY WIN.
But elections officials say the allegations are more than likely false or instances of user error.
He said around noon a woman came out of the library and told him she had tried to vote straight ticket Republican but the machine said she had voted straight Democrat.
The woman told him a poll worker apologized that the machine wasn’t working and instructed her to use another one.
Stanley said he was worried about people who didn’t double-check their ballots.
“My question is how many other people didn’t know,” Stanley said.

“I urge the voters to take the opportunity to review their ballot before they hit the vote button,” Tanner said. “As everyone knows, our fingers don’t always do what our brain tells them.”
Tanner also said that voters cannot request a paper ballot, as is being erroneously reported by many people who are making such posts on social media.

Wasserman Schultz: Let’s ‘Iron Out the Kinks’ in Obamacare
A HAG WITH HAIR LIKE THAT TALKING ABOUT KINKS??

NOTE: I READ YESTERDAY WHERE HER OPPONENT IN THE DEMOCRAT PRIMARY WAS A VICTIM OF THE SAME KIND OF FRAUD THAT TRUMP IS BEING SUBJECTED TO NOW. THEY’RE NOT ABOVE SCREWING THEIR OWN.
About 11 million consumers have health insurance through the marketplaces and about 85 percent of those consumers have received tax credits to help pay for their plans, the New York Times reported.
Wasserman Schultz shrugged off the double-digit increases in premiums by saying that it was a “transition year.”

THEY KNOW….THEY JUST WON’T ADMIT IT’S ALL A VICIOUS SCAM ON INNOCENT AMERICAN PEOPLE.
When Obamacare open enrollment begins in 2017, the cost of mid-level plans will rise by an average of 25 percent in the 39 states served by the federal online exchanges. In addition, major providers like Humana, UnitedHealth, and Aetna have scaled back or dropped out of the Obamacare exchanges, leaving roughly 20 percent of consumers with only one insurer to choose from.
After Charlie Rose read out the report, Norah O’Donnell said, “We need a bigger understanding of why this is happening.”

Newt Gingrich UNLOADS on Megyn Kelly After She Calls Trump a SEXUAL PREDATOR
Anyone who has watched FOX News in the last year knows that Megyn Kelly supports Hillary Clinton and HATES Donald Trump.
Tonight Megyn Kelly took that hatred a step further and accused Donald Trump of being a “sexual predator” during an interview with former Speaker Newt Gingrich!
Newt Gingrich: Megyn, I just heard you go through this with Governor Pence. I get it. I know where you’re coming from. Let me point out something to you. The three major networks spent 23 minutes attacking Donald Trump that night and 57 seconds Hillary Clinton’s secret speeches. You don’t think this is a scale of bias worthy of Pravda and Izvestia?
Megyn Kelly: If Trump is a sexual predator that is…
Newt Gingrich: He’s not a sexual predator.
Megyn Kelly: OK that’s your opinion.
Newt Gingrich: You cannot defend that statement…
Megyn Kelly: I think your defensiveness on this may speak volumes, sir.
THIS IS MUST-SEE T.V.

Teen Girls Arrested After Video of Assault on Man, 62, Appears on Facebook
IN TODAY’S AMERICA THIS SAVAGERY IS SHRUGGED OFF. NO BIG DEAL. JUST A COUPLE YOUNG BABY-MAMAS-IN -TRAINING BEATIN’ ON AN OLD WHITE MAN.
WHAT LOATHESOME LITTLE WHORES
Two teen girls in New York State have been charged with an assault on a 62-year-old man that police say was caught on camera.
Facebook user Ja’Meeka Price posted video of the incident, which occurred Wednesday, and said she forwarded it to the Syracuse Police Department
In the video, the man holds a cane as a group of teenagers stand around him. As he confronts one of the girls, she punches him in the face.
As he chases after the girl with his cane, another girl appears to strike him in the head, knocking off his hat.
The man continues to chase a group of the teens before tripping and falling over in the street.
According to a statement from Syracuse police, the victim said he “politely asked them to not sit on his property” before he was punched twice.

Obamageddon The Final Ride: POTUS Now In L.A For ‘Kimmel’ & Last Fundraisers
IT’S ABOUT THE ONLY THING HE’S GOOD AT

Before hitting top bundler Jeffrey Katzenberg and wife Marilyn’s home this evening for a $100,000 top ticket cash grab for the Hillary Victory Fund, the President’s first stop in Tinseltown is for a return visit to Jimmy Kimmel Live! Then it’s over to the ex-DreamWorks Animation boss’ where the old donor band will be getting back together for one last blowout for POTUS before Obama flies out of town tomorrow just before 1 PM. Before leaving L.A., Obama will be over at American Horror Story co-creator Ryan Murphy’s place for a $33,400 a ticket roundtable to raise money for the Democrats’ Senatorial candidates.

The vandal was dressed in a city construction worker, taking his sledgehammer to the five-point brass star at approximately 5:45 am.
THEIR PROPENSITY FOR MINDLESS VIOLENCE KNOWS NO BOUNDS 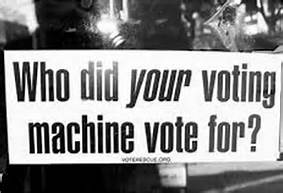 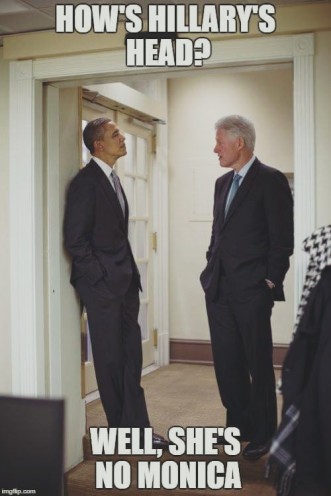 One response to “Call Me Captain Buzzkill”