Harrington on Media’s Collusion With Clinton: ‘Practically an Extension of the Democratic Party’
It’s not just this cozy relationship that we already know about. It’s actually working hand in hand,” Harrington said. 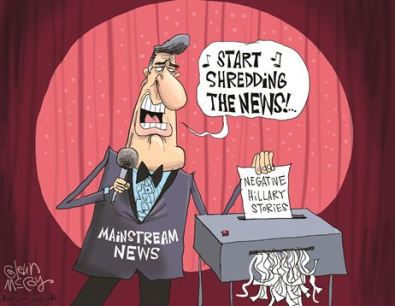 Harrington brought up an exchange between New York Times writer Mark Leibovich and Clinton communications director Jennifer Palmieri where the writer effectively gave the Clinton team “veto power” over quotes from an earlier interview he did with Clinton.

NBC Planned to Use Trump Audio to Influence Debate, Election

WITH TRUMP’S CHECKERED PAST, DID YOU SERIOUSLY THINK THEY WOULDN’T HAVE VOLUMES OF DIRT TO RELEASE AT THE MOST OPPORTUNE MOMENT?
Multiple sources connected with NBC tell us … top network execs knew about the video long before they publicly said they did, but wanted to hold it because it was too early in the election. The sources say many NBC execs have open disdain for Trump and their plan was to roll out the tape 48 hours before the debate so it would dominate the news cycle leading up to the face-off.

Now a SIXTH woman accuses Trump: Ex-beauty queen says the Donald kissed her on the mouth… just hours after a businesswoman, a journalist, Miss Washington, a receptionist, and a photographer’s assistant ALL accused him of groping them.

DO YOU RECALL THE PAID WHORE WHO CAME FORWARD WHEN HERMAN CAIN WAS LEADING THE POLLS IN 2012? SUDDENLY 4 MORE POPPED UP AND ACCUSED HIM OF “VERBAL HARASSMENT.” AFTER HE DROPPED OUT OF THE RACE, THEY ALL SUDDENLY DISAPPEARED. TYPICAL DEMOCRAT SMEAR.

In their article a woman says she was groped by Donald Trump.
In his 70 years of being in the media spotlight Donald Trump HAS NEVER been accused of groping or assaulting a woman.
But their candidate Hillary needs some assistance.
So The New York Times ran with the hit piece, anyway.
Too bad they got punked.
The woman in their story fed them lines from a Velvet Underground song.

Bill Clinton said he was proud of his wife for the way she handled a predebate news conference staged by Donald Trump in which he gathered three of the former president’s accusers — the first time he has publicly addressed the issue.
“I looked at her, and I realized that’s the kind of person you want to be president. Calm, relaxed and focused on other people. That’s what the election ought to be about. I mean, it’s a clear choice. It’s a pretty clear choice,” said Bill Clinton in Ames, Iowa, today. “I thought more about her than I did about him. I’m beyond being moved or surprised, have been for a long time.”
WHAT A NICE RAPIST HE IS. HE LOVES HIS WIFE, BLESS HIS HEART.

Hillary Clinton Has A Message For Survivors Of Sexual Assault.

Bill Clinton was a frequent flyer on the registered sex offender’s infamous jet. Flight logs show the former president took at least 26 trips aboard the “Lolita Express” — even apparently ditching his Secret Service detail for at least five of the flights.
Anonymous claims there is video of Bill Clinton raping a 13 year-old on the island.

SADLY, THE DEMOCRATS CAN EXCUSE AWAY ANY CRIMINAL SEXUAL BEHAVIOR AS LONG AS IT CAN BE DESCRIBED AS….WAIT FOR IT….CONSENSUAL.
Trump Hits Clinton For Being Corrupt in New Ad
The TV ad, released this week, shows Bill and Hillary Clinton laughing as the narrator says, “The Clintons. From dead broke to worth hundreds of millions,” before questioning how they ended up becoming so wealthy.

New emails released by WikiLeaks in connection with its dump of John Podesta’s email server indicate that Qatar, an Islamist state in the Persian gulf, gave former President Bill Clinton a check for $1 million for his birthday.
[Qatar] Would like to see WJC ‘for five minutes’ in NYC, to present $1 million check that Qatar promised for WJC’s birthday in 2011,” Ami Desai, director of foreign policy for the Clinton Foundation, wrote in 2012.
AND THAT, FRIENDS, IS HOW YOU GET ACCESS TO THE CLINTONS. EVERYBODY’S KNOWN THAT FOR YEARS

A Little Girl Was Kicked Out of the Girl Scouts, Now Her Family Is Suing for $30M

THE GIRL SCOUTS DIDN’T SPEND THE MONEY THE WAY MAH LI’L CHILE WANTED THEM TO. RACISM!! DISCRIMINATION!!
A Girl Scout’s family is suing for $30 million over what started as a cookie dispute. Kayla Cody was kicked out of her troop in Brooklyn, New York, after her mom questioned the use of the money raised from selling Girl Scout cookies, according to the New York Post.

Kayla’s mother, Jacquelyne Cody, claimed that the girls voted on how to use the money they raised from cookie sales, and that they’d decided on a party. But, instead, the troop leader used the cash for a camping trip, according to the report, which points out that Kayla sold more than 80 boxes of cookies.

SORRY, TING; YOUR STATE IS AS GONE AS MINE IS. ALL FOR NOTHING.
The campaign “pulling out of Virginia” surprised staffers and upset those working to beat Hillary Clinton there.

The news was delivered to staff there in a late Wednesday conference call.

Democrats on the Senate: We got this

Democrats are now extremely confident they will capture control of the Senate next month in the wake of Donald Trump’s drop in the polls and an intensifying civil war in the Republican Party.
Winning the majority is a given, Democratic officials told The Hill, adding that signs point to a pickup of seven seats and possibly more on Election Day.
To win control of the Senate, Democrats need to pick up four seats on Nov. 8, or five if Trump wins the White House.

Body-armor wearing bounty hunter shoots two Boston cops with an assault rifle after a ‘domestic dispute’ with his male roommate
Two officers were shot in east Boston on Wednesday shortly before 11pm
The suspect, identified as 33-year-old Kirk Figueroa, was shot and killed
Wounded officers are out of surgery but are said to be in critical condition

Rock poet Bob Dylan wins Nobel Literature Prize
US music legend Bob Dylan, whose poetic lyrics have influenced generations of fans, won the Nobel Literature Prize on Thursday, the first songwriter to win the award in a decision that stunned prize watchers.
‘THEY’LL STONE YA WHEN YOU’RE TRYIN’ TO GO HOME,
AND THEY’LL STONE YA WHEN YOU LIVE ALL ALONE.’
ABSOLUTELY RIVETING POETRY
The 75-year-old was honoured “for having created new poetic expressions within the great American song tradition”, the Swedish Academy said.

IS THERE ANYTHING MORE PATHETIC THAN A RICH OLD WHITE MAN TRYING TO ACT LIKE HE BE DOWN WITH THE HOMEYS?
Appearing on the “No Limit Larry & The Morning Maddhouse” show on Charlotte’s FM 98 on October 12, Kaine decided to kick off his segment tell the North Carolina hosts that he has a new nickname.

Just before going to Kaine for the interview, host “No Limit Larry” noted that the station had just played a song by rapper Lil’ Wayne and to the Maddhouse crew’s amused laughter, Kaine told the DJs, “Hey, Larry and Jessica, I’m doing great. They call me Lil’ Kaine not Lil’ Wayne.”

I’M SO NOT GOING TO MISS THIS FREELOADING COW

Barely anyone in the neighborhood she grew up in went to college, Obama wrote. But because of “hard work and plenty of financial aid,” she was able to get an education at top universities.

“For me, education was power,” Obama wrote in a piece published Wednesday on CNN.

“Because right now, there are tens of millions of girls like Malia in every corner of the globe who are not in school — girls who are so bright, hardworking and hungry to learn,” Obama wrote. 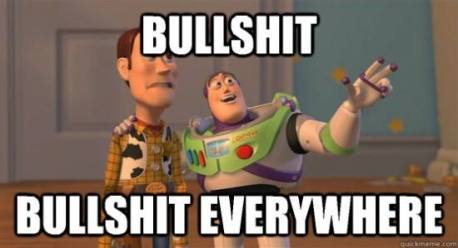 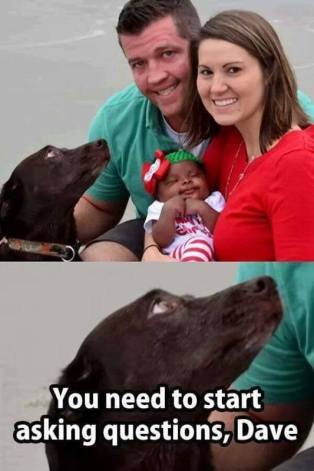 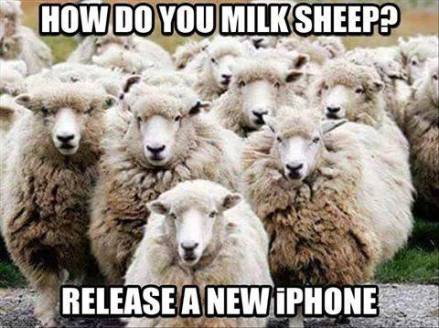 It was a sweltering 114 degrees inside at Trump’s rally yesterday. Thousands braved the heat and humidity to hear him. It is nearly impossible to imagine that with the turnaway crowds of thousands at Trumps rallies and the Bloody Bitch having to have people bussed in to get 200 people that in the end it will make no difference at all. With the help of the GOP, she will win in a walk and the end times will have arrived.

“Donald Trump: I’ve worked harder than I’ve ever worked before. That I can tell you. Including being in this wonderful arena at 114 degrees temperature… By the way, let Hillary Clinton stand up for an hour and talk the way I talk and let’s see how long she lasts folks! What a joke. What a total joke.

Rudy Giuliani “Hillary, Take your socialized medicine and shove it up urs” at Trump’s Ocala Rally
DON’T HOLD BACK,RUDY….TELL US HOW YOU REALLY FEEL 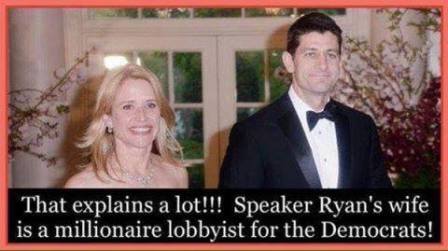 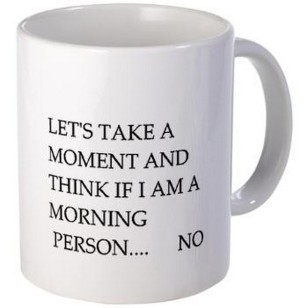