The Circus Came to Town

It was almost as if Trump thought he had a chance. Maybe he was lashing out over the smear job that the media gleefully did on him. Maybe he was just giving his supporters something to cheer about in these last 4 weeks before the end times for America. Whatever it was, they put on quite the show.
The sex, lies and videotape debate: Trump struggles early but finishes strong

Anderson Cooper began with three questions about the 2005 tape, including grabbing women’s “genitals…that is sexual assault. Do you understand that?”
In perhaps the strangest segue I’ve ever seen, Trump apologized for what he called “locker-room talk” and pivoted to ISIS beheadings. And the debate went downhill from there.
The moderators generally seemed more aggressive with Trump than with Clinton, especially when Raddatz briefly debated him on Syrian policy.
The opening of the debate was the most intensely personal half hour that America has ever seen in a televised presidential debate.
There was plenty of red meat for Trump supporters. He essentially called Clinton a liar and a crook and threatened to sick the feds on her if he wins the White House. At times his attacks on his opponent seemed over the top, and perhaps, in reference to Bill’s cheating, low road. But he was, to be sure, aggressive.

“Mr. Trump may have said some bad words, but Bill Clinton raped me and Hillary Clinton threatened me. I don’t think there’s anything worse,” Broaddrick said.

Kathy Shelton was raped at 12-years-old in the 1980s and Hillary Clinton represented the man who did it as a public defender. Tape surfaced a few years ago showing Hillary laughing about the rapist passing a lie detector test and getting off without prison time.

Trump and Clinton approached each other at the middle of the stage, exchanged pleasantries but didn’t shake hands.

Hillary immediately headed for her chair and sat down as Trump stood behind his chair.

Trump has repeatedly question Clinton’s stamina during the campaign.

Trump Big Winner Over Three Opponents
Trump was smart to trust his instinct to fight and not follow the advice of all the pundits who said he had to grovel and not bring up the Bubba card. Trump brought four of Bill’s victims who were attacked and smeared by Hillary as part of the cover-up of “bimbo eruptions”.

Trump: It’s ‘One on Three’ During Second Presidential Debate

Donald Trump accused Sunday night’s moderators, Anderson Cooper and Martha Raddatz, of being unfair regarding Hillary Clinton’s private email server during the debate saying it seemed to be “one on three” in the hall.

After a heated discussion about Clinton’s deleted emails from her private email server, he asked Cooper why he has failed to press former secretary on the issue.

“Why aren’t you bringing up the emails?” Trump asked. “I’d like to know.”

“You brought up the emails,” Cooper said, moving on to the next questioner.
Clinton, Trump Don’t Shake Hands at Beginning of Town Hall Debate

Trump at Debate: Hillary You Are No Abraham Lincoln. You are a Liar 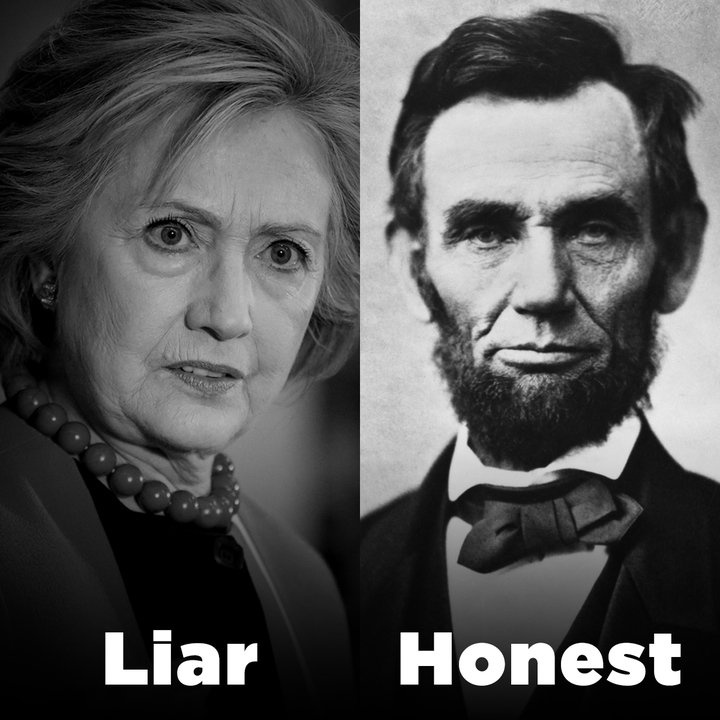 AT THIS POINT HILLARY WAS PACING LIKE SHE WAS ANNOYED HAVING TO ANSWER ANY QUESTIONS. SURELY SHE WON’T HAVE TO PUT UP WITH THIS WHEN SHE’S IN OFFICE.

Paula Jones goes off! I don’t recall Bill or Hillary apologizing while Bill got ‘his wee wee . . . under the Oval Office desk’

“So Donald Trump had to apologize about the woman comments, ” she wrote. “I don’t recall that Bill or Hillary has apologized to me and Juanita Broaddrick or Kathleen Willey, yet Bill was getting his wee wee sucked under the Oval Office desk and still won a second term. UNBELIEVABLE! No liberal ever questioned his ability to run our country then, why NOW with Trump..???? Two faced hypercritical liberals!”

A dark debate: Trump and Clinton spend 90 minutes on the attack

The evening’s most genteel moments came in the very last minutes, when a questioner asked the two to say something nice about one another. Clinton said she respected Trump’s children, but then quickly pivoted to talk about herself, using the night’s last seconds of airtime to run through her campaign résumé.

Trump — who had been on the attack all night — reacted to the same question with a direct, and seemingly sincere, moment of praise for Clinton herself.

“She doesn’t quit. She doesn’t give up. I respect that. I tell it like it is. She’s a fighter,” Trump said. “I consider that to be a very good trait.”

Anderson Cooper Performs Lewd Act On Stage
THIS IS THE HYPOCRITICAL LITTLE TURD WHO WAS SHOCKED THAT TRUMP USED THE WORD P***Y.

Adriana Cohen: Clintons playing prude the height of hypocrisy
Donald Trump is under fire now for having some locker-room type “guy talk” on a bus 11 years ago. Even though what he said was crude, it means little in the big scheme of things. After all, he didn’t break the law. Because if cheating on one’s spouse — or just discussing the possibility — were a crime, nearly half the country would be behind bars.

But now we have the Clinton camp — and the media who carry water for the Democrats — feigning outrage over Trump’s private comments, comments he made more than a decade ago.

Consider Hillary’s unspeakable hypocrisy in light of her own husband’s wandering ways, and the sexting shenanigans of her best friend Huma Abedin’s hubby, Anthony Weiner.

Trump To Hillary: You’d Be In Jail If I Were President
Meaning there wouldn’t be a cover-up and intercession on her behalf. One thing is for sure, we’d be in jail if we did what Hillary did. This line got the biggest cheers to the night.
Trump preceded this by saying he would ‘appoint a special prosecutor to investigate’

Video: CNN Appears To Coach Answer Favorable To Hillary In ‘Focus Group’ On Debate
Listen closely to the very beginning where the questioner appears to be coaching the black focus group member on what to respond, ‘America is great…’
THEY’VE BEEN DOING IT FOR YEARS

FORMER PRESIDENT BEN T. PENIS AND WEBB HUBBELL’S LOVE CHILD WERE IN THE AUDIENCE, RIGHT NEXT TO FOUR OF BIG DADDY’S VICTIMS. HIS CONSCIENCE WOULD PROBABLY BOTHER HIM… IF HE HAD ONE

Giuliani said that former Republican National Committee chairman Frank J. Fahrenkopf, the debate commission’s co-chairman, threatened to throw the accusers out if they tried to seat them.

He called out the debate commission’s double standard, after they seated Hillary’s billionaire supporter Mark Cuban in the audience.

“Ten minutes before that debate he tells us he can’t do anything about Cuban sitting in the first row, that security can’t throw him out,” he said.

Here’s How ‘Saturday Night Live’ Handled The Donald Trump Tape
“Saturday Night Live” started off the show with a cold opener that riffed on the vice presidential debate, but quickly interrupted to go to a CNN breaking news update that was about the leaked audio between Trump and former “Access Hollywood” host Billy Bush.

‘Cocks Not Glocks’ crew gets invited to the White House

Invited by DoSomething.org to join a gun control advocates to talk to senior officials about grassroots activism, the CNG gang posted images of their visit to the White House to social media– and contend some important firsts were made.