The Coughstra at Hofstra – A Wrapup

CNN reported Tuesday that an average of 80.9 million people tuned in to view the debate across all 12 cable and broadcast networks that carried it, according to early ratings figures compiled by Nielsen.
That number — already the highest viewer total in the 60-year history of televised debates — is likely to be revised upward as figures from PBS and streaming services are tallied later Tuesday. The debate was streamed on various online channels including YouTube and Facebook, and on Twitter in partnership with Bloomberg Politics.

Was Hillary wired for Trump debate?
Internet goes crazy as images show possible electronic help for Clinton
The report cited earlier claims Clinton wore a listening device during a presidential forum about a month ago.
“During the Commander-in-Chief forum held in New York City on Sept. 7, closeup photos of Hillary Clinton’s left ear showed she had some sort of earpiece in it, promoting concerns she was receiving on-the-fly coaching from her campaign while taking questions,” it said.

POKER PRO AGREES – Hillary Was Sending Hand Signals to Debate Moderator Holt
Hillary Clinton is not above cheating, lying or stealing to get what she wants.
So it shouldn’t be any surprise that she is being accused of cheating during Monday’s 1st Presidential debate.
Clinton was accused of cheating by sending hand signals to the moderator Lester Holt
During the debate when Clinton wanted to signal Holt when she wanted the floor, she rubbed her face in a manner similar to a baseball manager.

It became obvious that Holt internalized all the howls of outrage from the liberal media against Matt Lauer for being even-handed with the candidates at the commander-in-chief forum earlier in the month.
Holt’s colleagues — and Clinton’s campaign — said very publicly that he must go after Trump as a clear and present danger to America. That’s exactly what he did.
On the morning after this one-sided assault, Holt’s colleagues in the liberal media projected an image of him as mellow and reserved, and therefore nonpartisan.

POOR BABY
WOW! Black Women TEAR INTO Hillary And Lester Holt After Debate
YOU JUST KNEW THESE TWO WOULD HAVE SOMETHING TO SAY
Well, listen up, Lester! Don’t make us fester! Or you gonna feel the wrath of Diamond and Silk. I just want you to know one thing: In the end, Donald J. Trump is going to win!” 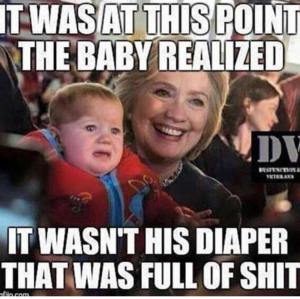 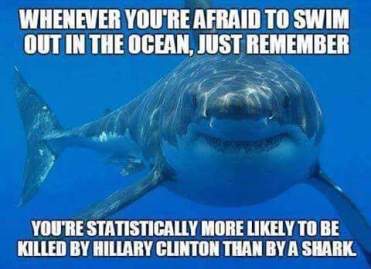 Comments Off on The Coughstra at Hofstra – A Wrapup