An internal Obama administration email shows immigration officials may be literally working overtime to swear in as many new “citizen voters” as possible before the Nov. 8 presidential election, a powerful lawmaker charged Thursday.
IT’S THE SECRET TO THEIR SUCCESS

John Bolton on Obama’s Internet Handover: ‘Within Ten Years, the Internet as We Know It Will End’

“What we’ve gotten out of the Internet, under the shelter of a private American organization that contracts with the Commerce Department, [is] one of the few cases that I can think of in our history where we’ve had that kind of government involvement without regulation and interference,” said Bolton.
What they’re talking about is succumbing to the demands of foreign governments and foreign interests who say, in what is effectively a global means of communication, it’s just wrong to have the United States in charge of it.

Charlotte NAACP President: ‘It Really Doesn’t Matter If He Had A Gun’

Mack argued that since “we have the right under the Second Amendment to carry here in North Carolina,” it was the police’s responsibility “to engage him in a more de-escalated way, to find out if he had a permit for his gun, and allow him to go on his merry way, and he would still be living today.”

Clintons shell out $1.16M to buy house next door in Chappaqua

SOMEBODY SHELLED IT OUT… THE CLINTONS DON’T PAY FOR ANYTHING
The Clintons shelled out $1.16 million for the three-bedroom, 3,631-square-foot, ranch-style home set on 1.51 leafy acres on Old House Lane in Chappaqua.
Westchester County land records and tax records from the town of New Castle — where Chappaqua is located — list William and Hillary Clinton as owners of the property.

THIS WILL ALL DISAPPEAR FASTER THAN SNOW IN AUGUST AS SOON AS HILLARY GETS CONTROL
Though Pagliano has spoken to the FBI, he has left Congress “with no choice” according to Oversight Committee Chairman Jason Chaffetz, after refusing to speak to two separate congressional committees regarding his time under Democratic presidential nominee Hillary Clinton. Despite being served a subpoena by armed agents of the U.S. Marshals Service, Bryan Pagliano was once again a no-show.

HOMEYS HAVE A RIGHT TO ROB, RAPE AND KILL…. OBAMA SAYS SO
The Congressional Black Caucus’ letter urges Lynch to “aggressively pursue investigations, indictments and prosecutions through the Office of Civil Rights against any and all law enforcement officers who harm or kill innocent unarmed black men, women and children.

Protest Thugs and the Real Evil in Charlotte
Nothing says “family man” like assaulting women and children.

The media spin: “Family and neighbors call Scott a quiet ‘family man.’”
Nothing says “quiet” like “assault with a deadly weapon with intent to kill” and nothing says “family man” like assaulting women and children.
Keith Lamont Scott, the latest martyr of Black Lives Matter and its media propaganda corps, was shot while waving a gun around. He had spent 7 years in jail for “aggravated assault with a deadly weapon.”

Netanyahu: The U.N. Is a Global ‘Moral Farce’

EVERY TIME BIBI SPEAKS IT GOES VIRAL
HE RIPS THE U.N. A NEW ONE IN THIS SPEECH
“Year after year, I’ve stood at this very podium and slammed the U.N. for its obsessive bias against Israel and the U.N. deserved every scathing word,” Netanyahu said. “For the disgrace of the General Assembly, that last year passed 20 resolutions against the democratic state of Israel and a grand total of three resolutions against all the other countries on the planet. Israel: 20, rest of the world: three.”
And what about the joke called the U.N. Human Rights Council, which each year condemns Israel more than all the other countries of the world combined. As women are being systematically raped, murdered, sold into slavery across the world, which is the only country that the U.N.’s Commission on Women chose to condemn this year? Yep, you guessed it, Israel,” Netanyahu said

SOME COMMENTERS WERE MAKING FUN OF HIM….LET THEM TRY BEING RESPONSIBLE FOR MILLIONS OF LIVES IN A COUNTRY THAT IS SURROUNDED BY HEATHEN WHO LITERALLY WANT TO MURDER THEM.

‘They hate white people because white people are successful and they’re not’: Outrage over Congressman Robert Pittenger’s comments about Charlotte protesters
U.S. Rep. Robert Pittenger was asked what grievance the protesters have
He replied demonstrators simply ‘hate white people for being successful’
Pittenger later apologized and said his anguish over the situation led him to give a response he regretted
UNLIKE THAT FAT WINDBAG FROM TENNESSEE,THIS IS AN INCONVENIENT TRUTH.UNFORTUNATELY,IT APPEARS THE PARTY BOSSES ORDERED HIM TO APOLOGIZE FOR TELLING THE TRUTH.

THIS WOULD BE MY WIFE 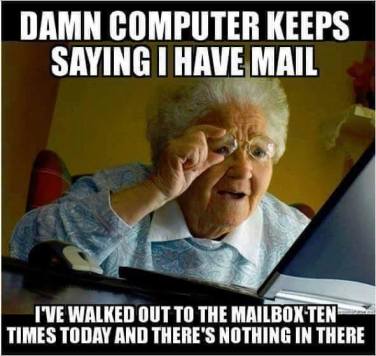 Comments Off on Friday Mashup

Just sitting here looking up stuff to post later. I surely trust Bluebird is exercising her grandmotherly rights to spoil that little grandson rotten. They are truly a gift from God.
Try on a few smiles on a rainy Friday morning. 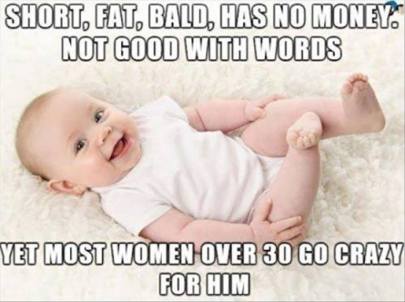 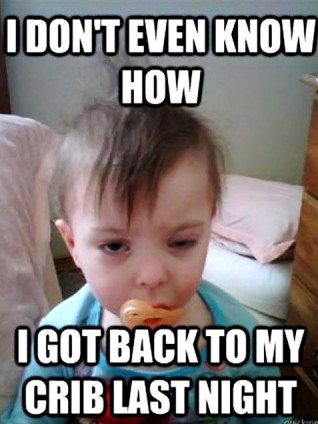 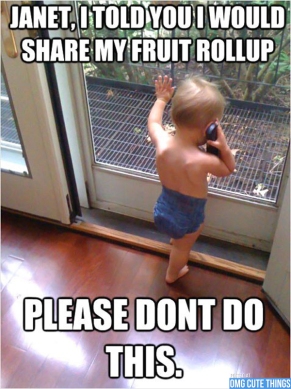 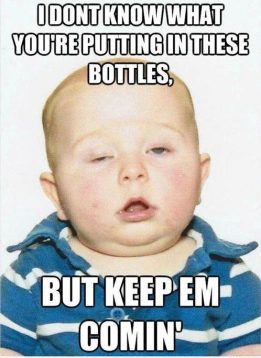 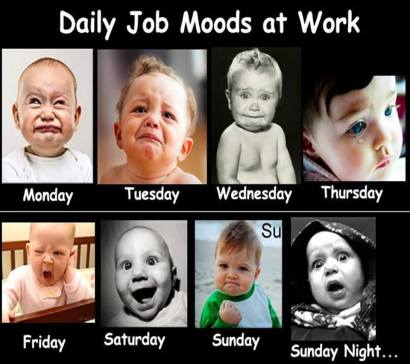 Comments Off on Baby Blues