Some Thoughts on the Week of Shame 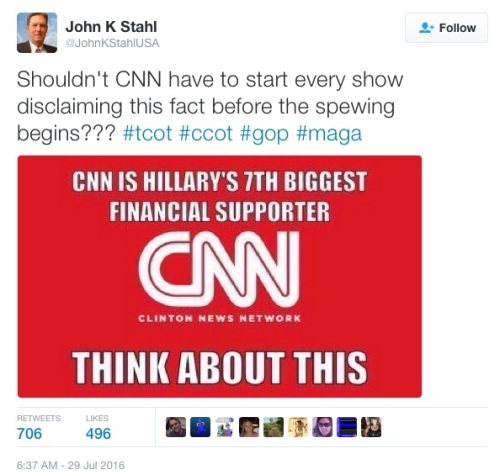 Not Sure For What
Did you think you were going to find some smutty crap here? Try some of the lefty blogs. You’ll know them by the ‘F’ bombs every conversation is peppered with. This is just some really tasteless juvenile stuff. You know, the usual.
Man who dubs himself ‘Lord of the wives’ says his marriage has IMPROVED since adding two more women to the relationship (and insists his first wife doesn’t mind)
Paulie Hussle, 32, married his university sweetheart Vanessa 12 years ago
But the pair grew apart and eventually split up after three years in 2006
He pursued relationships with two other women, Lady and Hazel
Despite being ‘furious and jealous’, Vanessa eventually returned
Now Paulie lives happily with his three wives and their three children

This is probably a lot of mens’ fantasies. I always had enough trouble with one.

I THINK HE GOT THESE FROM ILLEGAL CHIQUITAS R US

Church Organist Busted In Glory Hole Gambit
Cops: Suspect, 75, “shoved” self through wall
A church organist is facing an indecent exposure charge after he allegedly “shoved his penis” through a bathroom divider wall “and waited” for a response from the man occupying the adjacent stall, police report.
THIS IS KNOWN AS THE BILL CLINTON GAMBIT

Convicted sex offender, 90, charged with sex crime at Edina pool
The man had sex toys with him at the time of his arrest, according to the criminal complaint.
90 YEARS OLD?REALLY?

Muslim Man Attacks Indian Teen Girl And Tries To Rape Her At Knifepoint, She Wrestles The Knife Away And Castrates Him

Muslims only attack when they think their target is unable to protect itself.
THAT’S GOTTA HURT
Missouri man, 68, charged with having sex with a cow after sneaking into a barn and tying up the animal
Darrell Helton charged with misdemeanor unlawful sex with an animal
The 68-year-old was allegedly caught inside a woman’s barn, standing naked behind a cow
Helton, who is married, admitted to deputies it was the second time he snuck inside the barn and had sex with a cow
OK, LET ME EXPLAIN TO THOSE OF YOU WHO MAY NEVER BEEN UP CLOSE AND PERSONAL WITH A COW.
GOATS AND SHEEP MAY SEEM VIABLE ALTERNATIVES. NO MAN, NOT EVEN SHAQ, IS TALL ENOUGH TO MAKE A CONNECTION WITH A COW WITHOUT USING A LADDER.
SECOND, DAIRY COWS HAVE THEIR HEADS LOCKED IN A STANCHION TO STOP THEM FROM BACKING OUT.
THIRD, THAT’S JUST NASTY.

Man calls 911, says wife was assaulted by toy at Tenn. hibachi restaurant
Water shoots out of a hole when the chef lowers the shorts on the toy, which looks like a boy, but the husband of a woman who was sprayed is now claiming sexual assault.

SOMEBODY LOOKING TO MAKE SOME EASY MONEY

The Long National Nightmare Is Over

Thanks be to the programming gods who scheduled the crosstown series between the Chicago Cubs and White Sox the same time as the taffy pull AKA the Democrat National Convention. To simplify things, this is mostly a video montage of some of the lunacy that passes for liberal/socialism these days.
HILLARY WAS RESPLENDENT IN HER RETRO JOHN TRAVOLTA DISCO OUTFIT

THANKFULLY, ABOUT THE ONLY TWO LIBERAL MOPES I RECOGNIZE FROM THIS PRATTLING ARE MEATHEAD AND HANOI JANE. GUESS I’M NOT HIP ANY MORE.
Democratic National Convention – Our Fight Song

JAMES O’KEEFE ASSAULTED – THROWN TO GROUND During Undercover Op at DNC
HE HAD THE BAD FORTUNE TO PRETEND TO BE A HILLARY SUPPORTER AND GO AMONG THE SOCIALIST NINNIES
James was dressed as a Hillary Clinton supporter and walked through the Bernie supporters outside the Wells Fargo Convention Center. The Bernie supporters REALLY do not like Hillary.

In a touching speech, Chelsea portrayed the former secretary of state as a doting grandma, who will drop everything ‘for a few minutes of blowing kisses and reading “Chugga Chugga Choo-Choo” with her granddaughter’
HOW CHARMING
DOTING DADDY

Elizabeth Warren Refuses To Say Tim Kaine Is “The Right Pick” For Hillary’s VP…
SHE WANTED IN ON THE MONEY, DAMMIT

Democrats At DNC Say Climate Change Is A Bigger Threat Than ISIS
NOT ONLY CAN THESE PEOPLE VOTE, THEY CAN REPRODUCE

Report: ‘Seat Fillers’ Being Employed At DNC, Lockdown In Place To Prevent Delegates From Walking Out During Hillary’s Speech

Andrea Mitchell Calls Obama Greatest Speechwriter Since Lincoln
ACTUALLY, MRS. GREENSPAN, HE HAS A COUPLE THIRTY-SOMETHINGS WRITING HIS LIES. HE DOESN’T DO ANY ACTUAL WORK.

Wolf Blitzer Dances to ‘Sweet Caroline’ at Democratic National Convention
IT’S A LITTLE DIFFERENT FROM THE REPUBLICANS, ISN’T IT?
Wolf Blitzer, wine in hand, and Gloria Borger danced and sang with aplomb while “Sweet Caroline” blared out at the CNN Grill in Philadelphia.

MSNBC: Clinton Speech Sounded Like Bernie Sanders Could Have Delivered It
“They believe they’re going to win this election by making this—because it’s anti-Trump, and that gives her the luxury of, I think, campaigning on a more progressive agenda because of Trump,” Todd said. “That appears to be the calculation they made. I just—it’s not going to win over a lot of extra Republicans, put it that way, but I don’t know if that was the goal of the speech.”

Protestors break through barrier at DNC

Bernie Delagate Speaks Out Against Fraud at DNC *Seat Fillers*
HEY DUMMY: THE SYSTEM REALLY IS AS RIGGED AS BERNIE COMPLAINED IT WAS

Black Lives Matter’ Cries Interrupt DNC Moment of Silence for Slain Policemen
Dallas County Sheriff Lupe Valdez called for the moment of reverence “in honor of all of American fallen officers,” but after a few seconds, a few people shouted the famous phrase out.

Nancy Pelosi said Democrats are having a hard time getting the white male vote because of “Guns, Gays and God.” She was essentially saying they are too stupid to know what’s good for them. Pelosi’s condescending attitude is exactly how Hillary Clinton, Barack Obama, and the arrogant Leftists think about average Americans.
THEY’RE GETTING WARMER