I could do a post on Loretta Lynch’s meeting with former president Ben T. Penis with articles and video, where she claimed they talked mostly about grandchildren (yeah,right) and she indicated she will take DOJs advice and not prosecute Mme. Pantsuit. This is not surprising nor unexpected. If you’re waiting for any kind of justice for this bag of bastards it will be a very long wait.

Instead, I’ll just post some funnies, like Jane Dough used to enjoy.
It doesn’t take any effort and I can’t screw it up.

No particular subject, just a bunch of mishmosh.

Grandson’s first tackle box: $11.44
Assorted tackle: $1.19-$6.99
Teaching a 13 year old how to rig a slip bobber or why a rubbercore sinker is better than split shots for river fishing: absolutely priceless. 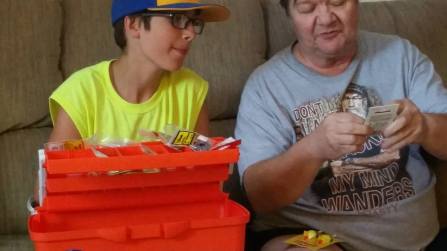 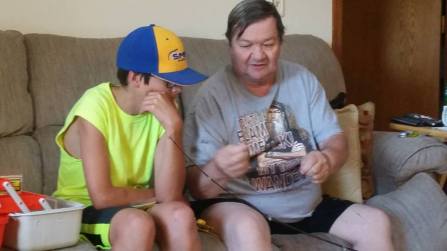 I’D DO ANYTHING FOR THAT BOY

I HATE WHEN THAT HAPPENS
A 39-year-old imam in Turkey has been suspended from his role after doctors reportedly found “pieces of cucumber” in his rectum during a checkup.

The imam, who is from a Central Anatolian province, was admitted to hospital last week after suffering from severe abdominal pain and bleeding, Hurriyet Daily News reports.

4th of July Zombies – Americans Don’t Know Why We Celebrate Fourth of July!

Same guy (and I use that term lightly) who claimed he got PTSD from firing an AR-15.

I’D CALL THIS LITTLE CANDY-ASS A DICK, BUT THAT’S A PART OF A MAN

“Donald Trump where are you, Donald Trump where the f– are you?!” the man, who was later identified as 21-year-old fashion model Krit McClean, screamed as he demanded a meeting with the presumptive GOP presidential nominee, the New York Post reported.

Authorities took him to Bellevue Hospital for evaluation

Comments Off on Friday Potpourri