One of the good things about 2016 is that every single one of the annual events — e.g., Easter egg roll — is his LAST ONE EVER. 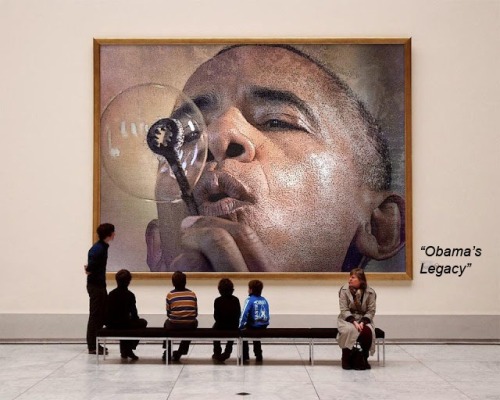 Comments Off on Limping Toward Legacy

The Summer of Our Discontent

Unless you suffer from multiple personality disorder, it takes two rational people with at least a modicum of intelligence to have a conversation. Unfortunately, this has become a near-impossibility with the hard-left socialist mob. It isn’t hard to tell one, because when you start to discuss politics it takes about 30 seconds max before they descend into a litany of profanity-laced tirades, heretofore known as Bush Derangement Syndrome. The disease has not only continued unabated but has intensified under the tutelage of an accomplished race-hater who claims to be president.

We have seen myriad examples of their intolerance every time they try to stifle anyone with a view that is not compatible with theirs. People of faith forced to not only accept but join in the celebration of moral depravity that are a sin in God’s eyes. Conservatives constantly harassed on campus and invited speakers shouted off stage. The really sick part of this barbarity is that most of them don’t have a clue exactly what it is they’re protesting. The “protesters” at the Trump rally in Albuquerque were just the latest example.

Trump hits out at ‘thugs flying the Mexican flag’ after his Albuquerque demo erupts in violence: Riot police are injured in fierce clashes with protesters setting fires on the streets
Around 100 protesters gathered outside the Albuquerque, New Mexico, hall Tuesday night for a Donald Trump rally
As he took to the stage, they burst through the police barricades, throwing rocks and setting fires in the streets
Security dragged many protesters back out as they shouted ‘fascist’ and held up anti-Trump signs amid the chaos
Riot police rounded up crowds with pepper spray and smoke canisters, with multiple officers injured in the melee
Trump used his Twitter account to hit out at the ugly scenes, accusing them of being ‘thugs’ and ‘criminals’
Yesterday Trump won the Washington primary with 77 per cent of the vote, and he was endorsed by Rick Santorum

TEN BUCKS SAYS NONE OF THEM KNOW WHAT A FASCIST IS

A bystander recorded his confrontation with one of the protesters.

“I hate Donald Trump,” the protester said as he stole the sign. “He’s literally basically Hitler. He’s doing the same thing as Hitler did, well, in a different way.”

The man recording the video began to ask the young anti-Trump activist a series of questions about Trump’s platforms.

“Do you think it’s fair to say that he’s not against Mexicans, he’s just against illegal immigrants?” the interviewer asked.

“I don’t know, I’m pretty sure he’s racist,” the protester said. Seconds later, he changed his answer to “I guess I can say I know he’s racist.”

The video continues for almost eight minutes. The interviewer continues to pose questions and the activist contradicts himself throughout the conversation.

“So, in essence, are you really against Trump or against the idea that we can’t build [the wall] practically?”

“I know what you’re saying, but when I see him talk, he’s just so fake to me,” the young man concludes but also says that other politicians, including Hillary Clinton, are fake as well.

#BlackLivesMatter Mob Shuts Down Milo Yannopoulos Speech at DePaul University
Police and security sat back as the mob shut down the free speech event.

“World’s Most Fabulous Super-villain”, and he is at DePaul for One Night – LIVE! His Topic: Feminism is Cancer!
For all of the social justice warriors/feminists who have nothing better to do than talk about their feelings in their gender studies classes:
We will be providing safe spaces, coloring books/materials, pacifiers, and diapers for those who get too triggered at our event. DEAL WITH IT DARLINGS!

Milo asked the police if they were going to do anything after the threat but they ignored him.

The crowd was even chanting “Do your job! Do your job!” at the police but they did nothing!

A protest walk took place after the event was canceled.

The Videos That Change Minds in Under 5 Minutes

Watch how effective these videos are: