You thought Common Core Math was tough? Bernie Math is even tougher:

A Day With the Obamas

The final stage of terminal nausea is settling in. I don’t know how much longer I can do this.

‘LISTEN, CHUMP. I’M A BONAFIDE QUEEN. HAVE BEEN SINCE LONG BEFORE YOUR WHITE TRASH MAMA OPENED HER LEGS, SO BACK OFF.’

The Queen called Obama’s bevy of choppers “over the top”, meaning the Secret Service had to rethink their plans to land about six aircraft in the 300-year-old gardens of her main residence.

“It was a write-off and the Queen was not amused,” ‘Daily Express’ quoted a royal source as saying.

“Her Majesty refused to back down and said, ‘three helicopters only’. The Secret Service had to go away and think about their plan. The President’s officials were told that the Queen regarded Windsor Castle as her family home and the most important of all royal residences,” the report said.

Any excuse will do.

Democrats Allow Voting By Felons to Help Hillary Clinton
THE MOST VICIOUS PUNK IN AMERICA JUST GAVE 200,000 FELONS THE RIGHT TO VOTE IN THE SWING STATE. GUESS WHO THEY’LL VOTE FOR?

McAuliffe is a lifelong best friend of the Clintons. This wasn’t subtle. There was no attempt to hide or disguise what just happened. This is clearly his gift to his close friend Hillary. The Governor of Virginia just added 200,000 low-lifes and dirt-bags to the voter rolls in Virginia to try to steal the election for his buddy Hillary.

Funny how these things work when you’re tone deaf to what this looks like to good, hard-working, law-abiding, taxpaying Americans.

It doesn’t just allow them to vote — this new law allows them to run for office, serve on a jury, or become a notary public.

Obama And The Brave New World…

TAXES ARE FOR LITTLE PEOPLE 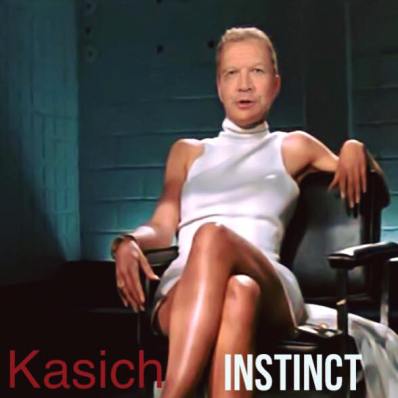 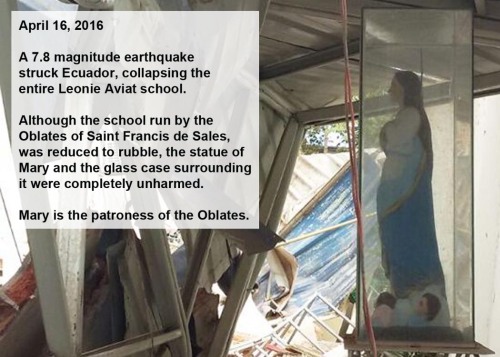 Comments Off on Marian Miracle in Ecuador

YOUNG Pro-Lifers are so awesome!

The majority of our young people are Abortion Abolitionists!

Personally, I’m a almost-no-exceptions person on this issue.

LIFE: I know there are situations in which a pregnancy poses a clear and present danger to the mother’s life.  In those situations, I believe the OB/GYN should treat both patients aggressively, not just kill off the one who has no say in the matter.  I would support legal termination ONLY where the possibility of a live birth is NIL (ectopic pregnancy, for example).

RAPE: Two wrongs don’t make a right.Where else does anyone think that killing an innocent bystander/witness to a crime is justified or would/could/should make the victim of that crime feel better? And who supports killing the rapist himself? Anyone?

The only major study of pregnant rape victims ever done found that 75-85% of women who conceived as a result of rape chose life. I’ve also read personal testimony by women who regret choosing to abort for this reason. The most compelling quotation by a woman explained why she was having a harder time recovering from the abortion than from the rape. “I was a victim of the rapist, but I chose to kill my child.”

The case against abortion of incest pregnancies is even stronger. Studies show that incest victims rarely ever voluntarily agree to an abortion. Instead of viewing the pregnancy as unwanted, the incest victim is more likely to see the pregnancy as a way out of the incestuous relationship because the birth of her child will expose the sexual activity. She is also likely to see in her pregnancy the hope of bearing a child with whom she can establish a true loving relationship, one far different than the exploitive relationship in which she has been trapped.

But while the incest victim may treasure her pregnancy because it offers her hope of release, and the hope of finding a nurturing love, her pregnancy is a threat to the exploiter. It is also a threat to the pathological secrecy which may envelop other members of the family who are afraid to acknowledge that the abuse is occurring. Because of this dual threat, the victim may be coerced into an unwanted abortion by both the abuser and other family members.

For example, Edith Young, a 12-year-old victim of incest impregnated by her stepfather, writes twenty-five years after the abortion of her child: “Throughout the years I have been depressed, suicidal, furious, outraged, lonely, and have felt a sense of loss… The abortion which was to ‘be in my best interest’ just has not been. As far as I can tell, it only ‘saved their reputations,’ ‘solved their problems,’ and ‘allowed their lives to go merrily on.’… My daughter, how I miss her so. I miss her regardless of the reason for her conception.”