Poverty in America is largely a myth

Comments Off on Poverty in America is largely a myth

I do not fear

The Nation In Mourning

Tragic news….flags all over the country will be ordered to fly at half-mast to honor civil rights pioneer,cultural icon and role model for our youth,Prince Rogers Nelson. Treasury Secretary Jack Lew has announced plans to put his face on the $3 bill,replacing Yosemite Sam,the last remaining white male on american currency.
I get the feeling he’s been using the women’s bathroom for years already.
(OK,I know I’m going to Hell. What else is new?)

He released his debut album, For You, in 1978, followed by Prince (1979), Dirty Mind (1980) and Controversy (1981). All of them traded in his trademark sound — deep synth funk grooves with provocatively sexual lyrics and heart-piercing ballads sung in pure falsetto.
http://www.hollywoodreporter.com/news/prince-dead-legendary-artist-found-886457?facebook_20160421

President Obama plans to declare a national holiday of remembrance in honor of this great American.

Pro-gun Republican to grace the $20 bill

On Wednesday the U.S. Treasury reported that Tubman, who during the Civil War was active in the Union cause, serving as a nurse, a cook, spy and scout, will replace Jackson on the front of the bill. The seventh President, whose supporters founded what became the Democratic Party, will move to the back of the bill along with an image of the White House.

Jackson, noted as a military man, has in recent years fallen out of favor over his treatment of Native Americans and the fact that he owned slaves. Earlier this year groups railed against the naming of a new warship, the USS Jackson, by Secretary of the Navy Ray Mabus, despite the fact that the vessel was named in honor of Mississippi’s capital city by the former Governor of the Magnolia State.

Tubman on the other hand was a supporter of the anti-slavery Republican Party, though some argue she may not have been a fan of Mr. Lincoln’s at the time.

Further, to a degree she encouraged insurrection against the Federal government, helping abolitionist leader John Brown recruit volunteers to seize the Federal Arsenal at Harper’s Ferry in 1859. [story continues here]

(bluebird of bitterness adds: This article does not mention the fact, but Harriet Tubman was also a devout Christian… as if being a Republican sympathizer and pro-Second Amendment were not bad enough.) 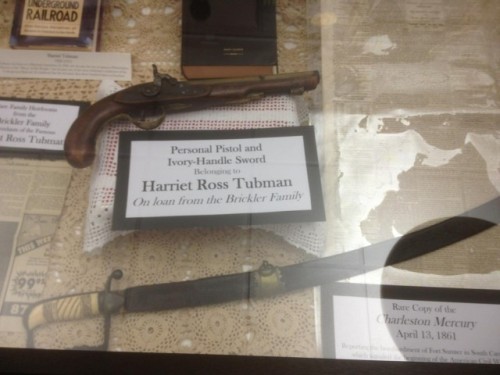 Then Obama threw it all away by withdrawing our troops too soon. Now horrors like this are all too common. But don’t hold your breath waiting for liberals to give a crap.  FYI: “temporary marriage” in Islam means a man can bang a woman for as long as he pleases, then pass her on to the next “temporary husband.”  IOW, sex slavery.  But as I said, don’t hold your breath.  Feminists are too busy condemning America’s “rape culture” to bother themselves with any place where there is an actual war on women happening.

Comments Off on Americans died to free Mosul

“When you booked the concert in Greenboro, the laws in North Carolina were just as they are today: In public facilities, people had to use the bathrooms and locker rooms that corresponded to their biological sex. Why, then, did you agree to come in the first place? Why cancel the concert when things today are just what they were six months ago?”

Read the rest of this letter @
http://reagancoalition.com/articles/2016/bruce-springsteen-receives-a-letter-for-canceling-his-nc-concert-and-it-is-epic.html 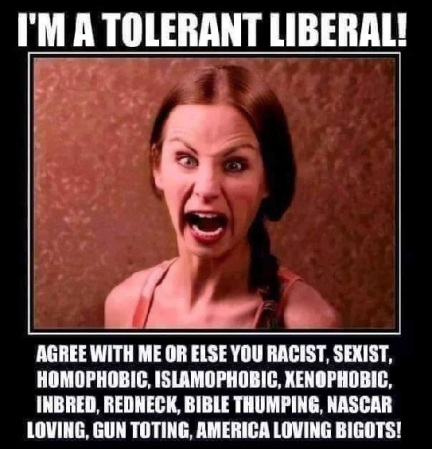 In a veiled reference to Trump at a recent lunch on Capitol Hill, President Obama declared he was “dismayed” at the “vulgar and divisive rhetoric” being heard on the campaign trail. “In America, there is no law that says we have to be nice to each other, or courteous, or treat each other with respect,” the president said. “But there are norms. There are customs.”

Are there? When I hear this sort of thing from Obama and his fellow leftists, what I wonder is: Have they not listened to themselves for the past 50 years? Do they really have no idea how vicious, how low, how cruel, and how dishonest their attacks on the Right have been?

Comments Off on They Started It